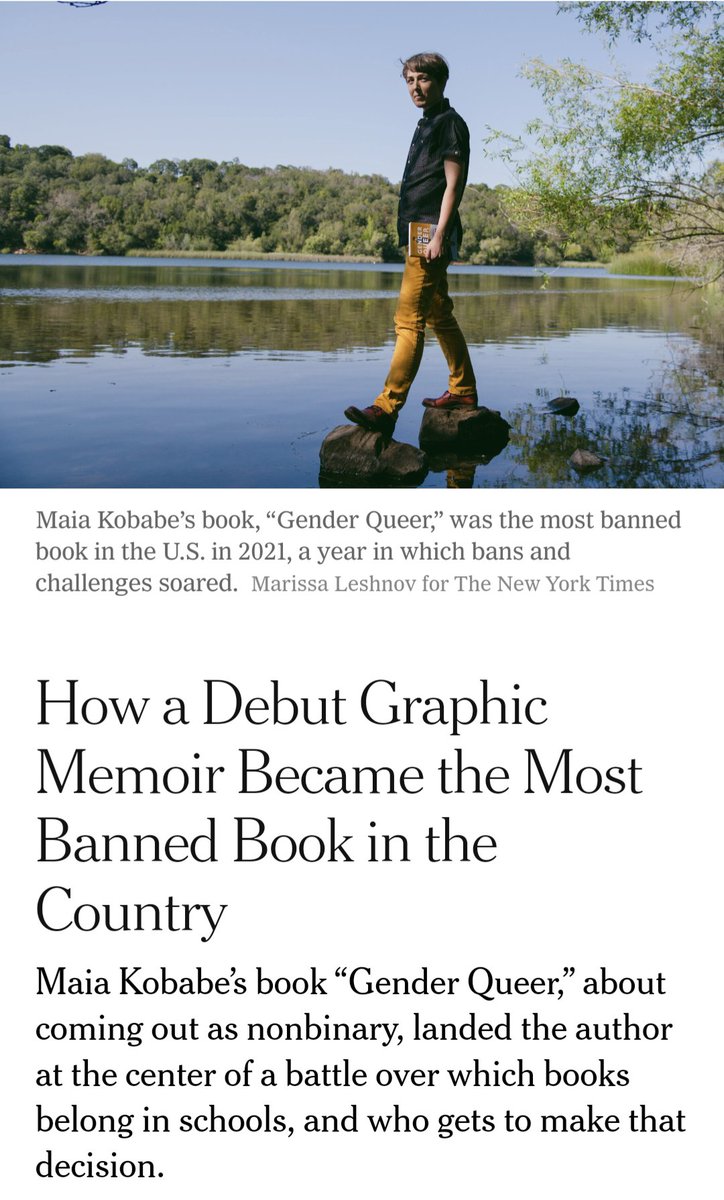 The American Library Association claims that the comic book, Gender Queer, is the most banned book in America because schools are taking the work out of grade-school libraries.

Meanwhile, the left praises Biden’s new Ministry of Truth, which will censor mean tweets and anyone who dares question climate change, the election or American policy in Ukraine.

The New York Times piece on the comic book — which they call a graphic novel — surprised me by actually showing the other side, as represented by Jennifer Pippin. She is chairman of Moms for Liberty in Indian River County, Florida, which removed Gender Queer from school libraries.

Pippin said, “It’s not a First Amendment issue; this is not going against LGBTQ groups; we’re citing it for sexually explicit content.”

Imagine that. Exposing what school librarians allow children to read stokes a backlash. NYT knows sunlight is the best disinfectant.

What also stokes a backlash is reading passages from these children’s books aloud at school board meetings. School board members get uncomfortable and occasionally ask parents to stop reading because there are children present.

The left opposes protecting kids from books and comics designed to groom them for LGBT predators.

Via The Hill, the ALA’s Top 10 books taken off school library shelves:

Why are all the LGBT books sexually explicit? Because sex sells. And they want them young.

While defending books aimed at grooming kids, the left wants to ban those who expose lefties. Last week the Washington Post outed the woman behind Libs of Tik Tok, a Twitter account that shows conservatives videos of themselves that wacko liberals post on Tik Tok. That backfired. Instead of getting Libs of Tik Tok banned, the story nearly doubled its followers. Sunlight not only disinfects, it helps good things grow.

While defending the grooming of kids, the left demands the left must be protected from any scrutiny. Biden created a ministry of truth last week to do just that.

The Hill reported, “Biden’s ‘Mary Poppins of Disinformation’ the perfect nanny to tidy up mess of free speech?” (It is a column by Jonathan Turley that mocks the ministry of truth.)

Elon Musk nailed it. Twitter should not censor. Indeed, Section 230 protects Twitter and the rest of social media from liability if someone writes something that hurts someone else’s feelings.

Odd that the same press that demanded — in the name of the First Amendment — that Donald Trump not be allowed to block people cheered long and loudly when Twitter banned him.

Well, it is not odd once you understand that the press is anything but American anymore. The press opposes and would destroy anyone who wants to make America great again,

The press pushes sexually explicit LGBT comics for kids while being appalled that you can show on Twitter what libs post on Tik Tok.