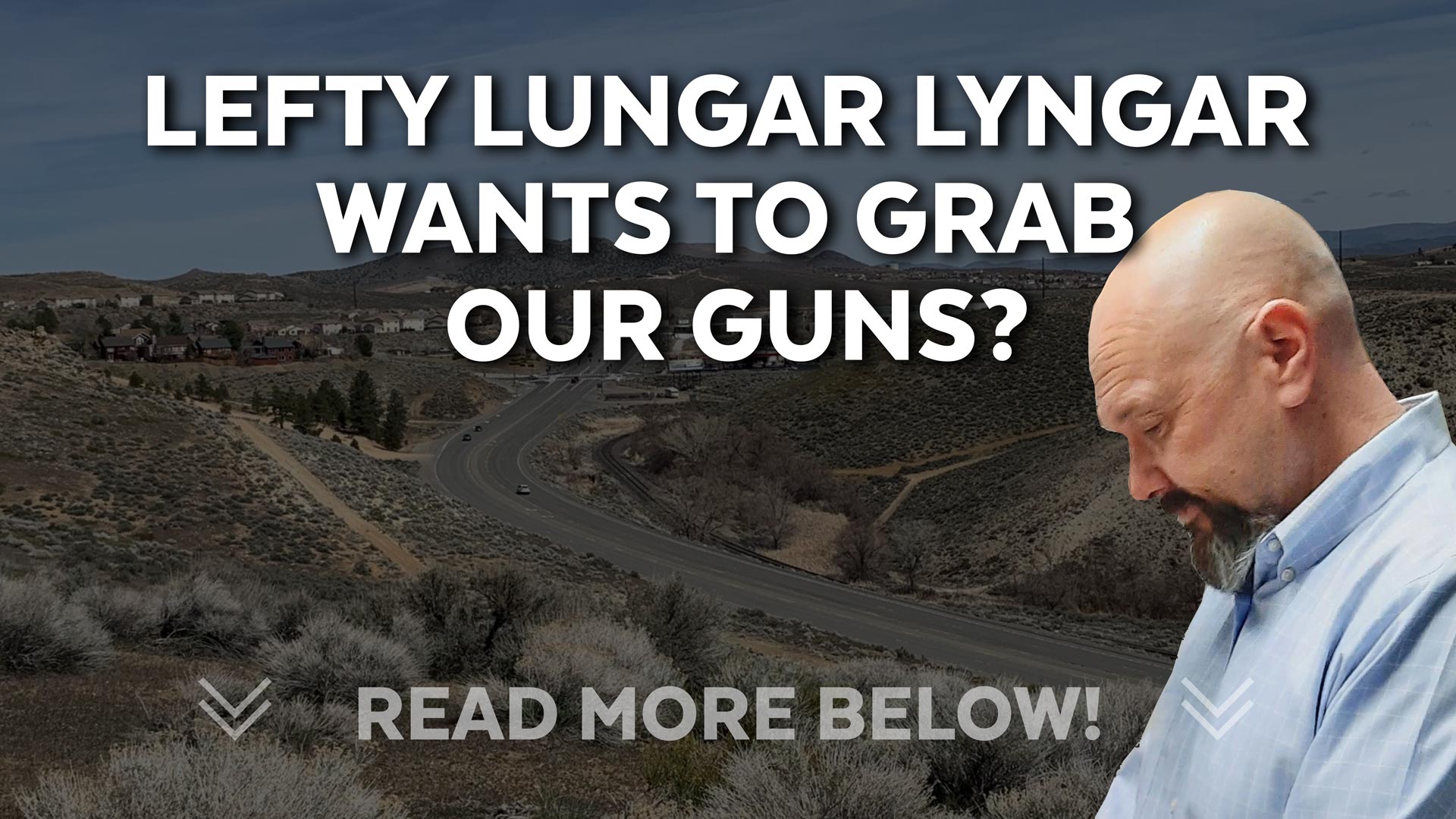 So does ole Lefty Lungar Lyngar, AKA Triple L, want to take our guns?

God save us, but if he was to be elected as our county commissioner, do you think our guns would be safe?

Look what he says here:

“Guns don’t kill bad guys, studies are clear: They kill wives and kids, friends and neighbors, and very often the owners themselves through suicide or accident. Any logical examination of guns shows that they do much more harm than good. That is the reality. They make our society worse, and the calculation isn’t even close.”

Any logical examination of guns shows that they do much more harm than good?
Huh?
What examination is he referring to?
That’s utterly asinine.
There have been countless studies and additional historic proof he couldn’t be more wrong.

Mind you, in my multitasking haste to get this letter out, I literally spent 2 minutes pulling up those examples.

I’m having difficulties finding the LA Times article from 1999 (I Believe), where the far-left Ph.D. wanted to show what Lyngar said to be true.
After this Ph.D. did his research, he quickly found he was wrong, that criminals would get a gun no matter what and use it for crime as legal gun owners were 99.9% less likely to do it.

He interviewed inmates, looked at all the data, and confirmed the 2nd amendment indeed must stay in place. Regulation should be minimal and never a gun grab. (Please forward me the article if you find it)
We do have far more proof for people on the fence. I’ll post it at the end for you.

So what’s Lungar’s rationale for saying such a thing? Is he ignorant or really a communist?

“Call me a communist if you’d like, but if we don’t put some effort into our next generation—regardless of the salary of their parents—we’re going to end up with a society of messed up kids or even no kids for otherwise great parents.”

“If we decide we can’t even talk about guns, we have to admit that murdered children don’t really bother us. Let’s just admit it. Whoever refuses to even discuss guns must be willing to say that he or she accepts groups of dead children every so often as the everyday cost of doing business.”

This dude is far too dumb or communist to be in charge of our county and our family’s lives.

Could you imagine ending up with Triple L?

As promised, a good friend of mine sent me an article as I was putting this letter together.

In the article below, these facts should scare the living hell out of ANYONE thinking about giving up our guns.

Guns in the hands of honest citizens save lives and property and, yes, gun control laws adversely affect only law-abiding citizens.

With guns, we are ‘citizens’; without them, we are ‘subjects’.

During WW II, the Japanese decided not to invade America because they knew most Americans were ARMED!

Gun owners in the USA are the largest armed forces in the World!

If you value your freedom, please spread this anti-gun control message to all of your friends.

SWITZERLAND ISSUES A GUN TO EVERY HOUSEHOLD. SWITZERLAND’S GOVERNMENT ISSUES AND TRAINS EVERY ADULT IN THE USE OF A RIFLE.

SWITZERLAND HAS THE LOWEST GUN-RELATED CRIME RATE OF ANY CIVILIZED COUNTRY IN THE WORLD!!!

IT’S A NO-BRAINER! DON’T LET OUR GOVERNMENT WASTE MILLIONS OF OUR TAX DOLLARS IN AN EFFORT TO MAKE ALL law-abiding CITIZENS AN EASY TARGET.

I’m a firm believer in the 2nd Amendment!

If you are too, please forward this. If you’re not a believer, please reconsider based on these true facts.

This is history; not what’s being shown on TV, sanctioned by our illustrious delusional leaders in Washington.

Vote Jeanne Herman for County Commissioner, spread the word, and save your families from this goon.