Dems are Waking Up 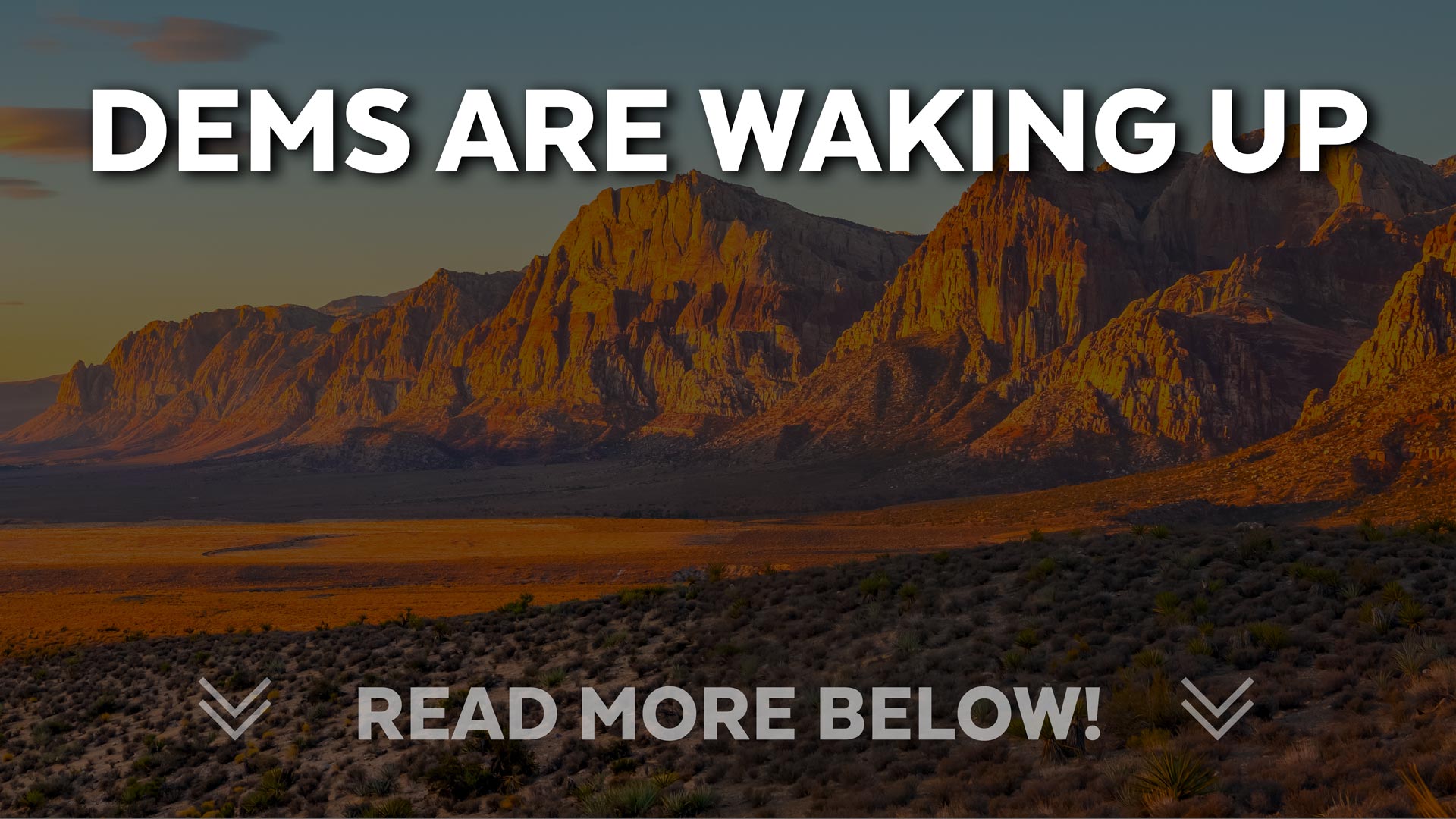 We’ve seen polls showing masses of Dems fleeing to the Republican side.

Many of these Dems are solid people who just have a difference of opinion on how we should spend our money and attention on certain issues.

What these Dems are seeing now is a press who is so untruthful and blatantly gaslighting everyone and so-called politicians who seem to be deliberately destroying our America.

They tell me (yes, I have tons of Dem friends across the country, it’s hard to be in tech and real estate and not have Dem friends) that they don’t recognize America anymore.

They laugh and say the media blames Trump for all of it, and some of them buy it, but more don’t.

In fact, 83% of all Americans believe we have serious election system issues.

I then go into my spiel about how we have selections, not elections, that is making this all possible.

They used to laugh at me, but now they are staunch supporters.

Why, well, we keep showing the proof, even when the powers that be do all they can to keep us in the dark.

You see, in most cases, the plaintiff is allowed discovery, access to witnesses, a day in court, and so much more.

Not with our elections, though. Why is that?

I think 83% of us know why. Selections, not elections.

If there’s nothing to hide, why won’t they open up the books for us?

Yes, they are secret; not even a name is on them.
So why can’t we see them?

If Judge Wilson agrees we have rampant election fraud but refuses to give us a day in court, how can we “prove it”?

I still have an undefeated $30,000 prize for anyone who can disprove us BTW.

Why doesn’t the media cover that? I think we all know they’re covering it up as well.

Have you ever read up on the Smith Mundt Act? You should.

Reminds me of what TJ said, “When the press is free and every man able to read, all is safe.”

It’s funny that people who speak the way I do were labeled conspiracy theorists, but over the past two years, we just keep being right. Why is that?

Look it’s simple, what’s happening to America is due largely to people leaving God and stolen elections and beyond enemy of the people media.

With stolen elections, many of the people who win may not even know how they won, but you’ll notice they are in the similar mindset of socialism, communism, and totalitarianism and somehow win.

America is not communist. It’s a Constitutional Republic, under attack; people are seeing that, even the Dems. They even tell me they miss Trump!

So enough of my little rant, let’s talk about some so-called Dems who seem to be way out there, so far out, the Dems are leaving them and voting Republican.

I saw it today when I briefly stopped by the Senior Fest in Reno. In the few minutes I was there, 3 Dems approached me and told me they are now voting Republican.

They actually mocked the Dem candidates who were there, that are running for Mayor, Commissioner, and school board.

One they mocked was this Edwyn Lungar Lyngar dude, it’s crazy this guy is running for office, and organizations endorse him!

These orgs have members, and I can’t wait to get their takes on what the orgs that represent them are endorsing. But that’s for another letter.

“I had a bad elementary school experience, failed the fifth grade, muddled through high school and dropped out of college. Teachers were always kind to me, saying things like, “He’s clever, but lazy.”

That’s interesting because we definitely know we need someone very active not lazy to turn our County around.

“although someday I’d like to run for my local school board, I doubt I ever will. The single biggest factor holding me back (in my own mind) is the fact that I’m an outspoken atheist. I’m not only “out of the closet”; I’ve also written quite a lot that can be mined for nuggets to discredit me as a human being.”

So he’s lazy, an outspoken atheist, and can be discredited as a human being? Now running for one of the most powerful seats in Washoe County?

Even they say there’s no chance in hell they’ll vote for Triple L.

They then laughed and pointed to Keith Lockard, wearing knee-high tube socks with shorts way too short, who is running against Mike Clark for County commissioner.

They said he used to be a Republican, a burnout bureaucrat, and now wants to play Dem to get a job. I just listened and laughed a bit.

The thing is, we haven’t even begun to expose these two for what they’ve done and said, and Dems are already swearing not to vote for them.

The Dems at the top must be scared. I’m told they are.

They then asked where Hillary Schieve is. I laughed and called her Hide’n Hillary. We didn’t see her, but I’m told she rolled up 30 minutes before closing time to take a few pics to make it look like she cares, then hit the road. Back to Hide’n.

Hillary is running against George “Eddie” Lorton for Reno Mayor. Lorton has done a ton for Reno. Read my past posts for examples.

Lorton was there all day, shaking hands, telling and showing people how he’s different and under him, we’ll get our city back. I believe him.

What has Hillary shown us over her 10-year tenure?

She’s great at spending money on the wrong things. When she gets caught in a mess, she blames someone else… If she was the CEO of ANY public company, she’d be on the unemployment line, not getting a promotion!

Even her own party is picketing her at events. We all can see Reno, we see its huge fall to the crapper. We do not have to look too far to realize Hillary was at the helm.

They agreed when I said the old truism, insanity is doing the same thing over and over again expecting a different result. Just in a few minutes, these three, who approached me, said it’s time for a change.

We all know it is. So why would unions, organizations, etc endorse or think of endorsing these types of people?

Many think audits are in order. I fully agree.

I look forward to more coming to the sunlight and to seeing how these orgs, businesses, unions, etc move forward with these failures at best, corrupt at worse, so-called politicians or wanna-be politicians.

Much more to come….

I’ll leave you with another Triple L gem,

“As an atheist myself, it doesn’t hurt my feelings to see Christianity reduced to such a pathetic state, but I feel a twinge of sadness for sensible Christians, those who might even support gay rights. Their religion has been hijacked by fundamentalists who’ve turned gay marriage into a battle between the forces of good and absolute evil. This dichotomy leaves no room for compromise, and Christians of conscious are going to have to find a way to take their religion back or it will be forever diminished.”

While I’m sharing gems, why not a Hide’n Hillary gem too?

People constantly ask me, how and the hell does someone this dumb become mayor?
I respond with my usual, well…..we have selections, not elections at worst or very uninformed voters at best. To their credit, when someone calls someone dumb, I like examples, so I’ll share one for them.

“One of the first decisions I made was to shut down,” Schieve noted. “We were the first city in the state of Nevada to do so.”

Yea…. that’s pretty dumb, and you know what, Hide’n Hillary?

You did it, dummy!

This is one of sooooo many examples we’ll share about these so-called politicians that must go for the sake of ALL of our families.