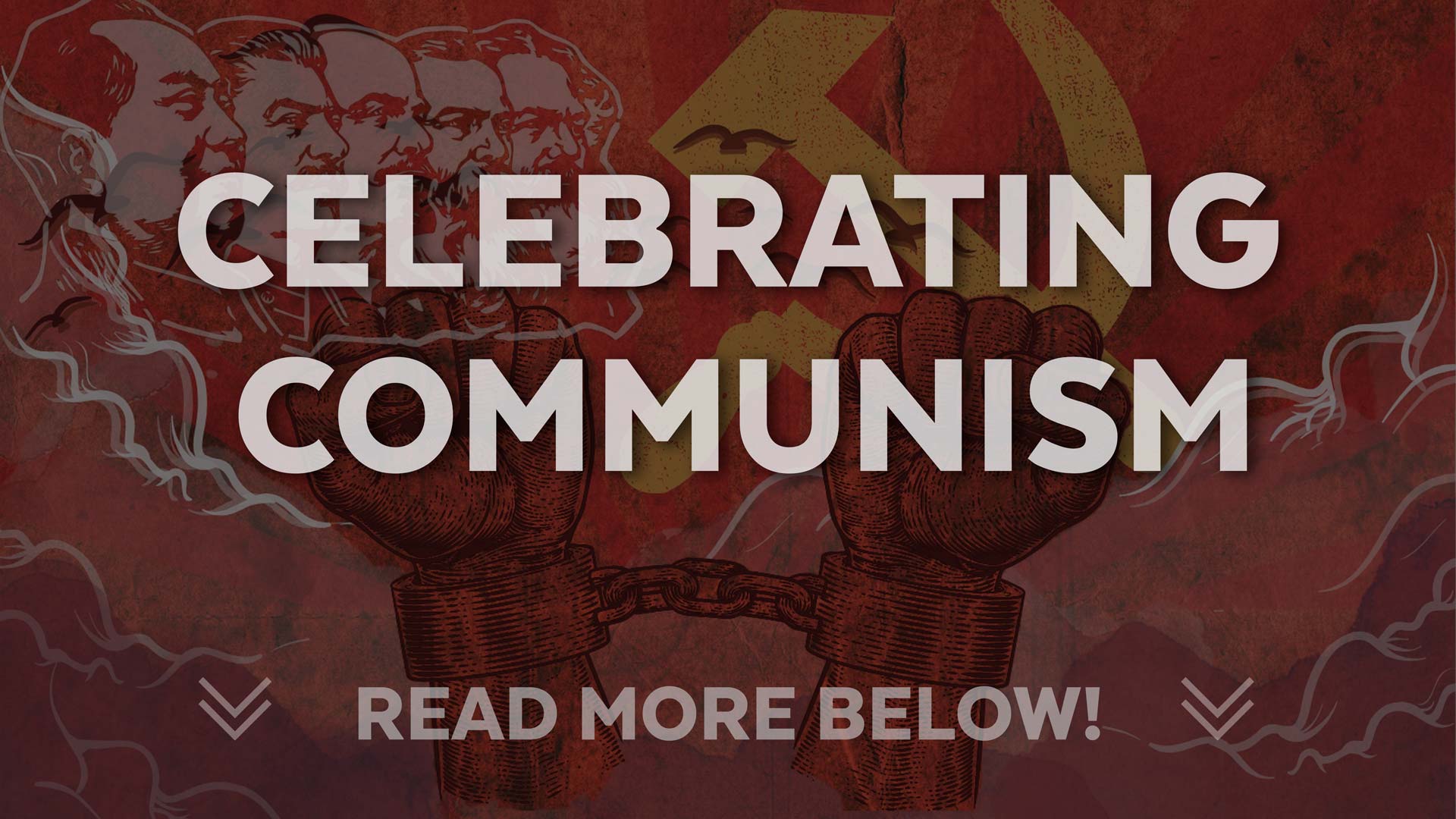 Some are celebrating communism today, I’ll discuss it in a bit.

As I keep saying, they are doing everything they can to keep the evidence from going to court.

What did we see today?

They all but admit the elections are rigged but neither the opposing side nor judge Wilson seem to care.

We know he’ll be up for re-election next cycle, but the elections as they are, offer us little solace.

Let’s take an abbreviated trip together and touch on our journey to date.

We saw on the night of November 3rd, 2020, China’s currency plummeted, then the elections came to a screeching halt. Shortly thereafter, pallets of mysterious ballots showed up, the lead was shrinking to nothing and the press was acting as a registrar of voters calling the race for each state.

As days and weeks progressed, it only got worse. Transparency and accountability slithered off into the night.

We saw on 1/6/21 that most of our so-called servants allowed the issues to be certified, and we were all wondering how this could happen in and to our great country.

After the GOP raised 250 million or so to stop the steal, as did Trump, we didn’t see anything fruitful take place. So many promised to right the wrongs and almost all of these people failed or disappeared. Around this time is when we decided to get involved.

We started in Washoe County looking at the voter rolls. We found after canvassing they were 38-42% in error, we found around 40,000 missing voters and their votes, and we found an algorithm that worked in all precincts in Washoe and Clark identically.

In every precinct, in both counties, the votes were identical, mathematically impossible but showed us we have predetermined outcomes for our elections.

We attempted two recalls and both showed we were right. The people who we’re told who voted… didn’t. We found that in certain districts, we would have around 97% of the entire eligible voting population registered to vote. Again, impossible.

We took our findings to the County, but they never addressed them, or if they did, it was through the media in half-truths and omissions at best.

We saw the great Jeanne Herman put forth an election integrity resolution only to be altered by the same county and then ultimately voted against after Soros and team showed up.

We put out a $30,000 challenge that is still undefeated. The challenge shows people like Biden, Hartung, Hill, Miller, Reese, Taylor, etc never won their races. They were selected, not elected.

We then set up basically a sting operation in Clark and Washoe County for the 2022 primaries. We had around 300 people on the team. We documented and submitted hundreds of affidavits about the corruption and incompetence they witnessed. The election should never have been certified.

The Secretary of State, Registrar of Voters, etc were all put on notice by legal teams telling them and showing them the issues. They certified it anyways.

I’m still clueless as to how they can certify an election when Washoe had no registrar of voters, no one qualified to run the election and the assistant registrar of voters on video admit they counted all of our votes in secret and expect us to believe their word as to who won.

We then got access to Clark County election data 3 days after they certified the election. We quickly saw Gilbert and many others had their races stolen from them via an algorithm.

In Nevada, after the certification, there are 3 days to contest an election or 5 days to do a recount for an election. Gilbert did the recount to buy time, knowing it would show the same or worse results as it uses the same corrupt system to recount the same votes but would buy time to contest the election.

You see, to do a contest per the NRSs, the judge is to set a hearing 5-10 days after the date of the contest where all evidence must be presented, weighed, and ruled on (Spoiler alert that didn’t happen).

We saw during the recount, that it took them essentially 2 skeleton crew shifts to recount what they say took 6 weeks to do via the election.

We saw during the contest the fraud was exposed but left to stay.

Has anyone looked into US vs Throckmorton? Fraud vitiates everything!

But I’m getting ahead of myself here. Let’s go back a bit.

We were told that there are only two judges in the entire state of Nevada that can hear and rule on election cases.

We were told both of these judges were sellouts and cowards. We were told Judge Wilson wanted this case to go away fast. We asked for prayers. I have no clue what God’s plan here is but we continue to push forward.

Regardless, against all the crazy timelines, all the crazy hoops that had to be jumped through, Gilbert was able to get a court date. The opposing side filed a motion for summary judgment and lost. Then filed another one and won today. Bye-bye court date.

What did we see?

We have 3 highly accredited experts who all say the elections were rigged. We saw that the brilliant yet not officially accredited enough to be a Nevada Expert, Ed Solomon’s summaries and findings to be ruled as hearsay and inadmissible as evidence.

We saw the math was not challenged, as they know it’s impossible to. We saw them instead basically say well, just because the election was rigged, you can’t tell us how rigged it was.

Fullstop, any Judge who took an oath to this great country should have stopped and said WTF!?

He should have said, our elections are rigged. We must dig in boys, show me what you got!

Instead, it was Gilbert meets the criteria to contest the election, but because you can’t show how rigged it was, the case is dismissed.

What they fail to realize is first, fraud changes everything. Second, Gilbert had 55,000 votes taken from him just in Clark County.

It’s literally in the court papers.

Why Gilbert’s attorneys failed to verbally address that further is beyond us all. It’s literally right there! If the experts on Gilbert’s team had their chance to testify on Friday, they too would have been able to show this, but again, their depositions just focused on the what? Fraud!

That’s right, they all thought no judge in their right mind would see proof of an entire election being rigged and then just say, sorry boys, kick rocks.

Wilson let his family and ALL of our families down tonight.

Know they are doing all they can to never let the evidence and experts show the truth in a courtroom.

For those that want restorations of these crooked elections, it’s a shame Gilbert’s team has to show them how horribly rigged the election was and then down to the vote, prove it, once the rig has been proven!

This is Banana Republic stuff for sure here in Nevada. We’re not #50 in election issues for nothing, you know. Look into the history of Nevada, it’s all based on corruption and exploitation of We The People.

Today we saw it first hand.

I urge you to watch the 38 Minute video here: https://rumble.com/v1fjglj-unbelievable-the-contest-was-denied.html

It’s sad to watch the media and people celebrate this atrocity of justice today. They’re too stupid or programmed to realize they are celebrating communism.

They literally have no voice nor vote and today proves it.

Well, We The People will have to get in front of another judge or judges at the supreme court and pray they do right by us all.

Wilson definitely did not and I urge everyone to recruit a God-fearing, Constitutional attorney to run for his seat. I’ll personally help fund the legal removal of him.

It’s crazy to think Carson City, as small as it is, rules for the entire State by the only two judges who can hear election issues there for the ENTIRE STATE.

Look, we knew from the start we would end up trying to get in front of the supreme court to get the evidence out. Hopefully, Gilbert’s legal team addresses the issues properly and God grants us all our day in court. If that happens, the proof they say isn’t there will be shown to all.

In the meantime, take the $30,000 challenge or just watch the hearing from today. Fraud is abundant. God-fearing constitutional judges seem to be as rare as unicorns.

Pray for them. Pray for Gilbert. He won. What he’s going through is unimaginable. It’s like him as a boxer, knocking out his opponent with a jab for the whole world to then just say Gilbert got KO’d.

It’s ridiculous our Country has fallen and come to this. It’s ridiculous you show and expose the entire election as a fraud, and this Judge looks the other way.

Sad times for sure. My Great Uncle Ben Franklin is rolling like crazy in his grave today.

By the way, where’s that stop the steal money? Wheres the GOP? RNC? Media covering the truth about what happened today? Demanding justice?

We’re far from done. It’s far from over.

For the thousands of emails in support I received tonight, I love ya back. For the few celebrating communism, be careful what you wish for. Or just move to China if you want it that bad.

For those who asked me when will it stop, it’s simple, when enough of us say so.

Stay tuned, it’s far from over. You’re all seeing these people for who and what they are.

If you think our elections are bad now, if ranked-choice voting passes through this corrupt election system, it’s a wrap for our elections. It’s time to say enough or get used to communism, it’s here.