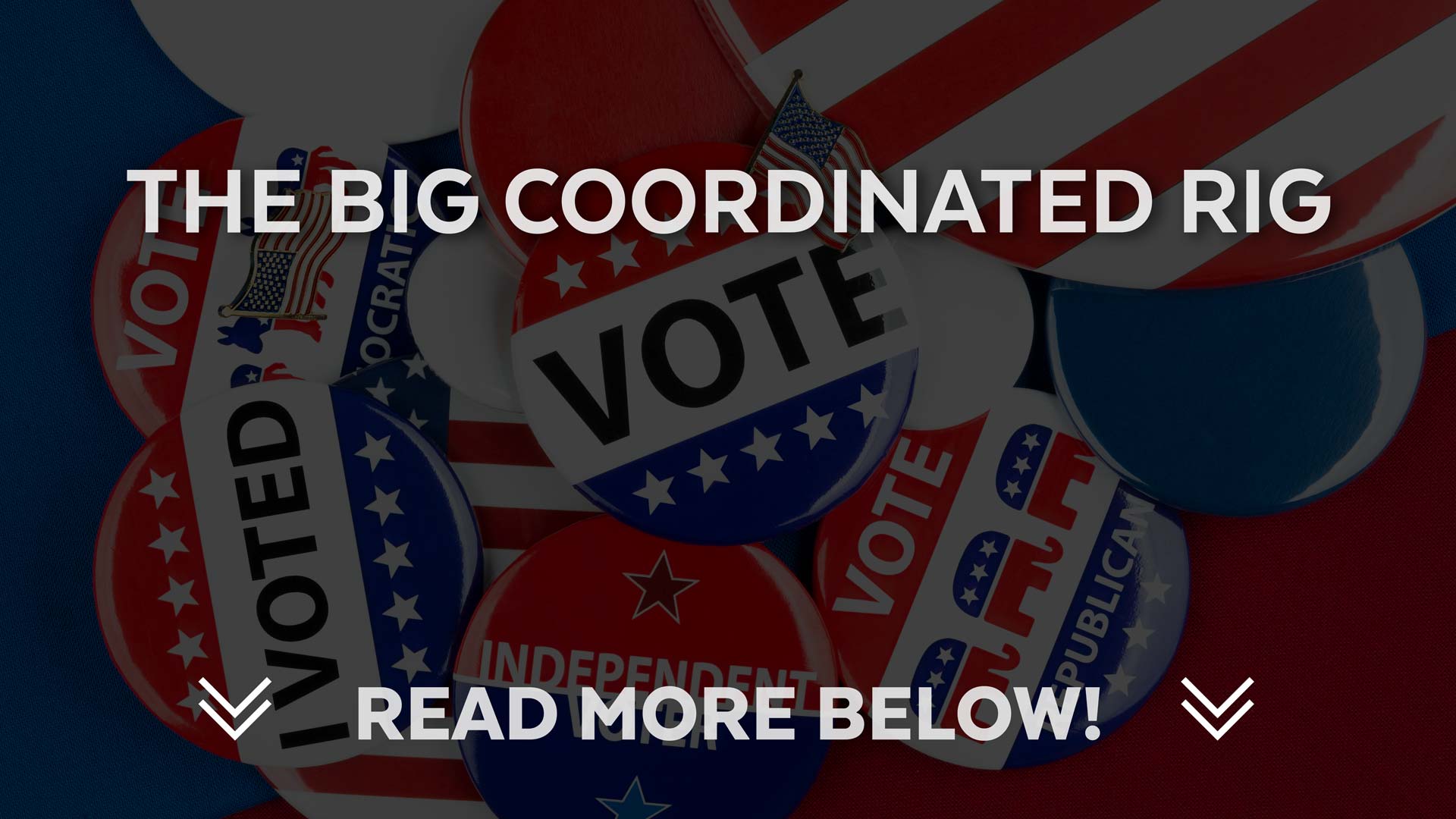 Inside information from so-called public leaders has been flooding in to us.

Many are tired of the corruption and election shenanigans.

They are tired of high inflation, high crime, high homelessness, open borders, high food-fuel prices, and leaders who weren’t rightfully elected. We’re told they are also very tired of trying to answer or cover up for these failed-criminal policies.

So what do they do? They send us information.

Is it all factual? We’re not sure yet, but that doesn’t mean with some discovery in court, it couldn’t be proved.

Let’s start with what we can prove.

I’ve personally asked for the statement of votes cast for the 2022 primary in Washoe several times.

After Washoe County certified the election on 6/21/22, you would THINK they have all the voter data, right?

How can Washoe possibly certify the election, show the number of votes by type, and then tell us we have to wait until 9/15 until they start to work on our information request to furnish the statement of votes cast???

Telling no one, the attorney started drafting a mean letter to drag them into Gilbert’s contest; the Washoe ROV, by miracle, sent us the statement of votes cast for the 2022 primary!

What happened just before, during, or after they sent us the data?

The Washoe County Registrar of Voters was stripped of its contents.

White Van(s) showed up and emptied the contents of the ROV into the van, and drove off to wherever.

We have County officials who can attest to this and have.

Where did everything go?

Did they have to remodel right before the general election? Right after they just spent a ton of our money remodeling for the primary?

Is it because Gilbert has his Contest in court Friday, and if he is allowed discovery, the ballots, etc are now gone?

Does this seem suspicious to you?

We also see that Friday, in addition to Gilbert’s Contest, there is a “Workshop” about recounting ballots by hand.

We’re told the LCB will be deciding it.

Now the LCB, according to many, is unconstitutional and we’re told a way to hide things and get things passed by the way of “because we looked into it and say it’s good, vote for it”.

Basically, we’re told they meet, they look over whatever, then vote on whatever, then tell the assembly to vote one way or another as “they” have already done all the homework on the issues.

We’re told this workshop is due to Gilbert’s contest.

We’re told they know “they” can’t defend against the math proving Gilbert won and the election was rigged, so “they” want the judge to do a ”hand” recount instead of doing what’s right.

Simply look at the evidence and rightfully rule on it. If he does, Gilbert is in, Lombardo is out.

Instead, they want a hand recount to then decide who won?

How can we do a recount if we have no chain of custody on the ballots? Where are the ballots? How many “new” ones have been added?

The algorithm that was found also shows that 80% of the mail-in ballots were fake.

We also know there are no identifiers on the ballots, meaning no names or information other than bubbled circles are on the ballots.

We’re never allowed to know who voted for what by seeing the actual ballot, including your own!

Then with all the ballots with no chain of custody, nothing would be or could be trusted anyways!

We’re told they are trying to hire a 3rd party that “they” control to again recount the same corrupt ballots in “secret” to then tell us who won!?

83% of us are worried about our elections. Do you see why?

What we were also told is Lombardo refuses to pay for his own contest! We’re told the GOP is using our own donation money to fight this contest! Is this true? We’ll find out soon enough!

If this is true, this may show the same GOP that tried to keep Gilbert off the ballot for the state endorsement, that was then forced to put him on it, because of you, is now working against election integrity?

By the way, in case you were wondering, once Gilbert was put on the ballot, he won by something like 92-7 against Lombardo?

You know what they say about coincidences…

So is the GOP actively working against election integrity, Gilbert, and We The People? Are they funding Lombardo’s contest like we’re told?

It’s Republican vs Republican; if there is an election issue, you would think they would just want the rightful REPUBLICAN winner rightfully put in their spot, right?

I hope these people who are saying these things are wrong, but we’ll know for sure very soon.

Simply acknowledging there was a big “oops” with our election and then trying to do a hand recount from ballots with no chain of custody and the algo that says 80% are fraudulent won’t cut it for us.

Judge Wilson has the opportunity now to be the most loved Judge in the history of judges or the most well, you know.

God knows what’s up. Hopefully, Judge Wilson knows to keep his oaths and remember we and God are watching.

83% of us know there are election issues; we are the majority. Here we prove it. Will justice prevail or die in the darkness like our votes here:
https://rumble.com/v1b4sf7-washoe-county-hides-vote-counting-of-election-and-recount-from-observers-vi.html