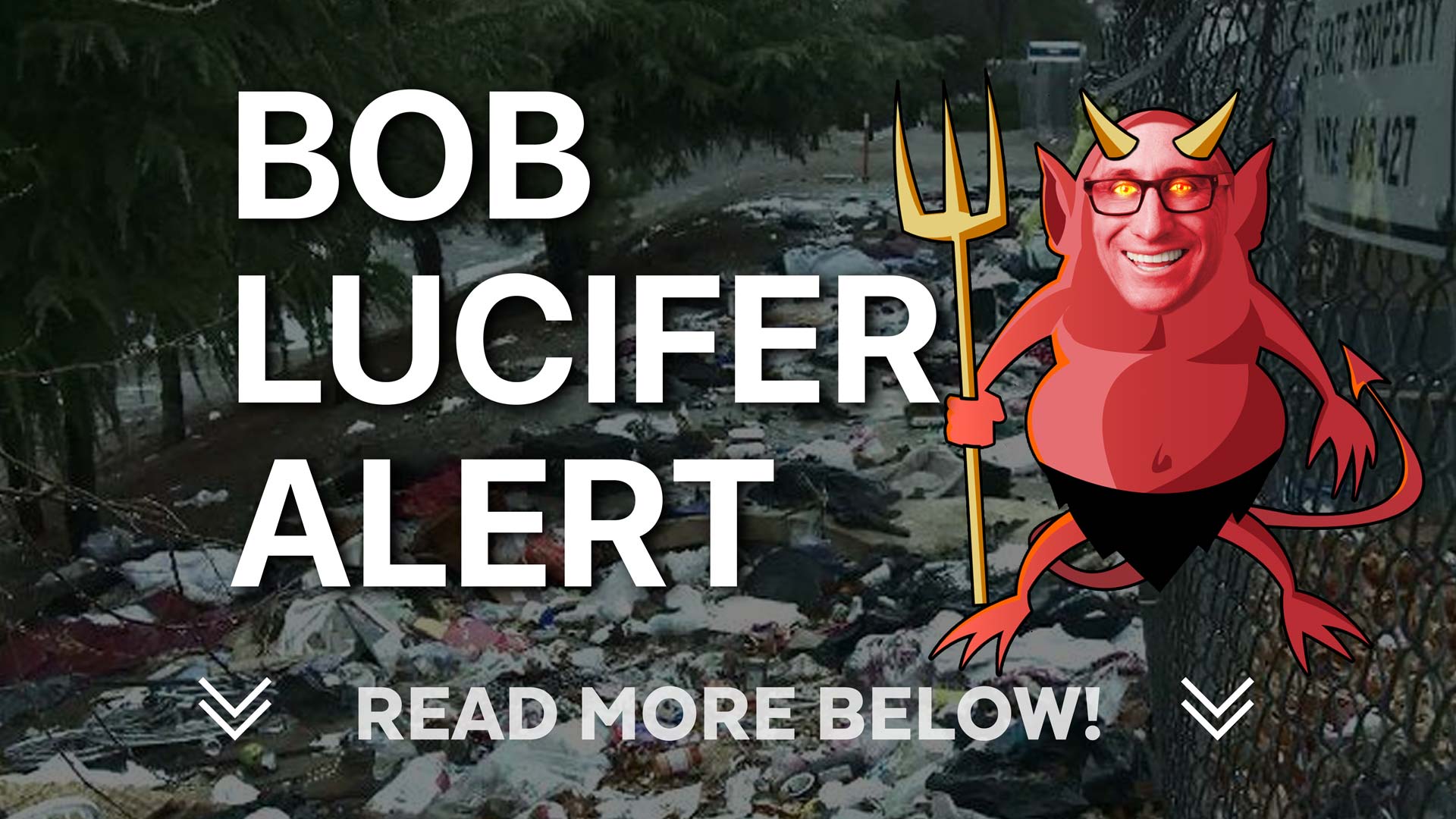 For those of you who quickly forgot about soon-to-be ex-County Commissioner Bob—Robert Lingenfelter—Lucey, fear not he hasn’t forgotten about us.

I have buddies in the trades and in the department of wildlife who sent us a bunch of information we thought we’d share. At least a touch of it. Most of what was said is not for polite company.

Basically, Bob Lucifer is trying to again claw his way back into power over We The People in some regard again.

We’re told he really misses the power and hasn’t forgotten about it, even lusts for it, we’re told.

For those who have already forgotten about Bob Lucifer, here’s the very mild 30,000-foot view of what we were told, we have so much more we never shared, but that’s for another day.

Here’s a taste of some of the things we did share about Bob—Robert Lingenfelter—Lucey:

He’s accused of being racist, a bully, personally taking money from special interests, married and having an affair with a Washoe employee, threatening women, bullying people, possibly rigging an election, targeting Mike Clark, keeping money from taxpayers and so much more:

Allegedly used taxpayer money to try to keep Mike Clark from running for his seat:

Here Bob may have lied under oath:

Here the PAC that was supporting Bob was possibly using cocaine money sales:

Here Bob is benefiting from a Soros-backed PAC:

This is just a taste, folks.

He released it very late.

You or I would have severe fines to pay if we did this, so we’ll see what happens to Bob and his late reporting.

Here you can see Bob is using the money his donors contributed to him and sending it to Democrats.

Both Democrats, both running for County Commissioner seats, one against Jeanne Herman and one against Mike Clark.

How he hasn’t been censured by the Republicans from accepting Soros’ benefits and now funding Democrats, I have no idea.

I personally got chastised for giving funds to a Republican in the primary, who then switched to Libertarian later! At the time, they were a Republican!

If he gets a pass on this, that’s cRaZy!

I wonder what all the Realtors who donated or paid into the Reno-Sparks Association of Realtors think about them supporting Bob Lucey over lifelong realtor and real estate lender Mike Clark.

The Reno-Sparks Association of Realtors dumped thousands into Bob’s campaign.

I have a feeling that will come out soon too.

In the meantime, did you see this deep dive?

I wonder what all the Realtors will think.

I wonder what the realtors think about Bob giving thousands of their dollars to Democrats.

The same ones who would be in league with destroying our housing market….

The Reno-Sparks Association of Realtors needs a top-down firing from many people in the trade’s perspective. But I digress.

So by now, you’re probably thinking oh yea, I remember that guy, so what’s going on now with him?

Well, a dozen or so buddies of mine who own construction companies or who are in the trades asked me point blank WTF!

You all know what that means. Forgive the acronym, but that’s what they said.

They asked me how in the world Governor Lombardo could or would possibly appoint Bob—Robert Lingenfelter Lucifer—Lucey to his transition team on infrastructure and transportation.

I said I have no clue other than he must not possibly know who Bob is.

It’s hard to know who everyone is and what they are about as a new person coming into office.

(Have you watched Yellowstone? Watch what Governor Dutton does)

They typically trust the people around them. Maybe someone Lombardo trusts did this, not knowing about Bob as well?

Regardless these titans of industry are very upset.

They told me countless stories about Bob in the trades, and if they are true, my God, how is Bob not formally being asked questions?

That remains to be seen, I guess.

Then a half dozen or so people at the Nevada Department of Wildlife reached out to me, and they too said WTF! (again, sorry for the language, that’s really what they said, except they said it in full).

They asked how in the world anyone would consider Bob—Robert Lingenfelter Lucifer—Lucey for the open director position at the Nevada Department of Wildlife.

I told them the same thing. Maybe they don’t know what Bob has been accused of?

They are super upset as well.

We have people everywhere in Nevada sending us information, calling us, emailing us, etc. they have had enough of what’s going on in Nevada and want their home state cleaned up.

We always keep these incredible people anonymous if they request it and do our best to help call out the crap happening here and clean it up.

We won’t stop. Wait until next year 🙂

In the meantime, let’s see what the realtors, Lombardo, and the Department of Wildlife do.

If it were me, I wouldn’t hire Bob—Robert Lingenfelter Lucifer—Lucey to literally pick up my dog’s crap, let alone decide how our infrastructure, wildlife, or forests should be handled.

I’m sure he’s looking for a job and to stay relevant, but I think the majority of us will take a hard pass on ole’ Bob Lucifer.

We’ll see what Bob does on 12/13/22 at the board of county commissioners meeting.

There he will probably vote to give his buddy a big fat raise on our taxpayer’s dime and hire a new ROV who, in many eyes, including my own, is far from being qualified to take that role.

Let’s see what happens with all the above, danger, danger Bob Lucifer alert…..