The PAC created to support Bob Lucey PAC, AKA 1864 PAC, Is It Funded By Cocaine Sales? 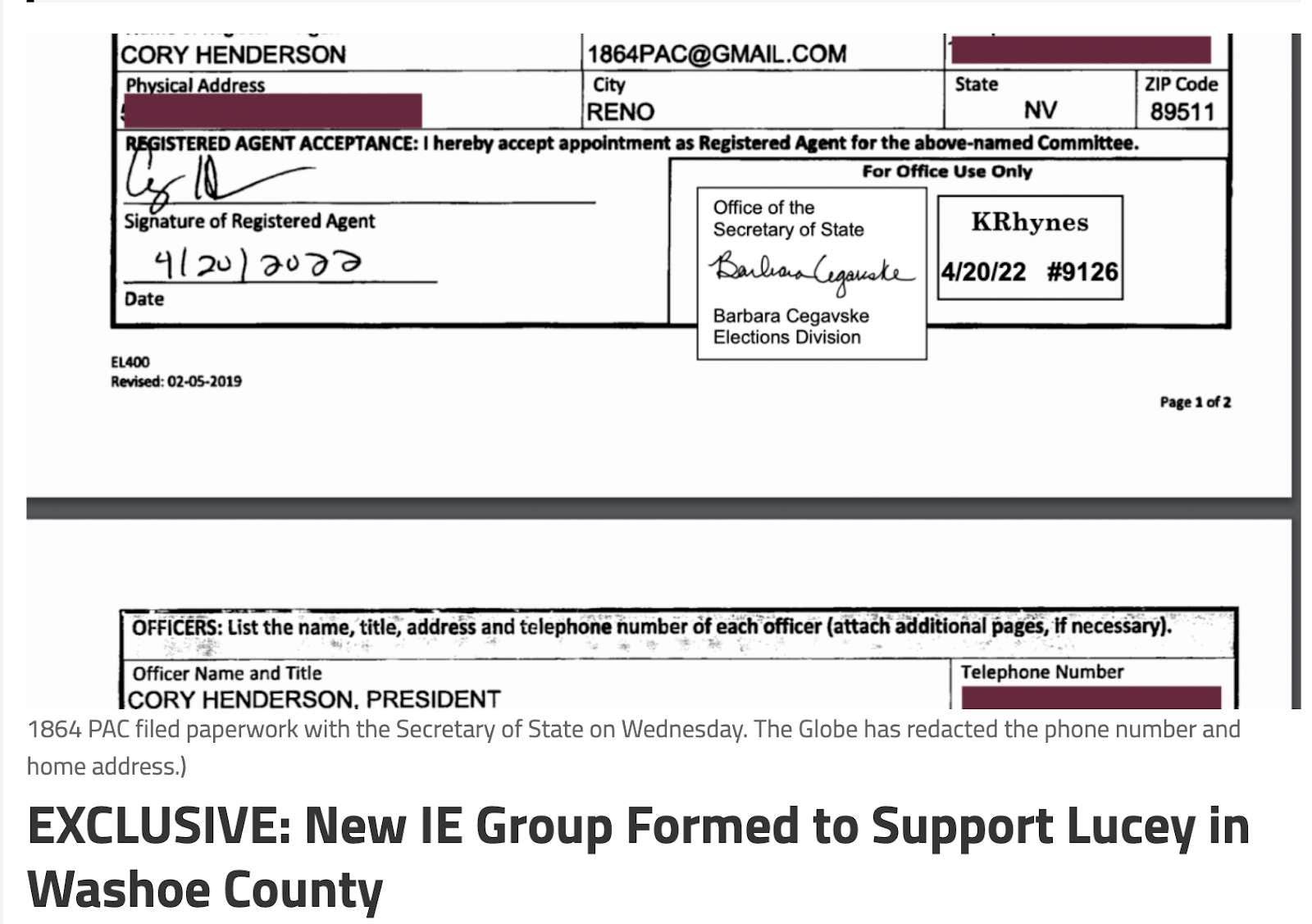 Corey Henderson is definitely worth looking into.

Read some EXTREMELY Revealing Documents about who Cory Henderson REALLY is, here.

Cory is a local mortgage broker, it seems, with a very, very checkered past.

Cory is alleged to have pointed a gun at his daughter and friend; she was 14 at the time. Cory, in court documents, appears to have called his own 14 year old daughter promiscuous.

In other records, Cory is alleged to have threatened to kill someone or multiple people, and then Cory is alleged by his ex-wife to carry large sums of money because of his alleged cocaine sales!

This is Bob Lucey’s defender?

So what the hell has Bob done if this guy is defending him? You should read some of our past articles here for a taste.

Wait until you see some of the NEW things bad boy Bob has allegedly been up to.

My God, you won’t believe it. Well, maybe you will; regardless, if true, we’re clueless about how Bob Robert Lingenfelter Lucey will stay out of an orange jumpsuit onesie.

Back to Cory, the PAC he created to support Bob Lucey against the big bad Beadles (funny as we just share court documents and opinions) appears to share a common address with his mortgage company?

Do your friends look like these two? We doubt it, but if so, you are either Bob Lingenfelter Lucey or need new friends.

We’ll expose our findings on the consultant Randi Thompson affiliated with 1864 PAC soon as well. It’s a really small world; you won’t believe it, well, maybe you will, stay tuned…

Now back to Bob, you really need to look into Bob Lingenfelter Lucey’s friends and ask WTF is a public official doing with some of these people?

Is it true what they say, you are the company you keep?

Are these the type of people we want with power over us?

Did Bob and Kate Thomas lie about Mike Clark to get a workplace restraining order against him?

We can’t wait for the court(s) to hear the lawsuit coming!

In light of this evidence, we believe it’s a crime that Mike Clark is personally suffering solely for exposing the truth about people via court documents and public records.

Bob Lucey is reported to “own” the Washoe judges! We have several witnesses who have stated it, we’re not sure if it’s BS or truth, but so far it’s definitely concerning.

We wonder if he allegedly owns the federal court judges as well? Guess we’ll have to wait and see if justice prevails.

So, why did Bob Lucey change his name from Robert Lingenfelter to Bob Lucey before he made his run for office? Have you read through these court documents here yet?

It’s also interesting Bob Lucey, and Kate Thomas may have perjured themselves in the workplace restraining order that was issued against Mike Clark.

The Courts will have to decide that as well.

Here is that information for you too.

The bottom line is the more we learn about Bob Lucey, we have to say, WTF is this guy doing as our County Commissioner!?

The more we learn about Mike Clark, we find out he takes all kinds of abuse for simply doing the right thing!

Mike Clark has continued to look out for Washoes best interests. Whose interests are Bob Robert Lingenfelter Lucey looking out for?…

Read the links, do your own research, and wait to see what else we expose soon…