So Beadles is Wrong? FACT CHECK THIS

In an article written like a 4th estate op-ed, the Reno Gazette-Journal (RGJ) & County posted, published, and wrote the story stating Beadles is wrong.

Does anyone here remember the Incline Village scandal? The County and paper defending the County, who ended up being wrong—paying some $50 million dollars or so? That’s right, the County.

People really need to fact-check the so-called fact-checkers, so we’ll do a bit here for you.

The County and RGJ say Beadles only relied on one disk received on 2/14/22 from the Registrar of voters, so there is no way for him to be able to go back in time and see accurate numbers because people have been removed from the rolls since then. That would be true.

When you add the disk received on 3/2/22 from the ROV, it shows us ALL the removed voters for the past 36 months. So when you combine the TWO disks, you have an accurate (according to the ROV) representation of the past 36 months.

What does this tell us?

Where are the missing nearly 30,000 voters? Remember, this is ONLY their data!

This is ALL their data! So when you consider the fraudulent votes, the machines cutting each vote to .63 out of 1… the inactive voters possibly being flipped to actives and voted… the bloated voter rolls… we have a train wreck of an election here in Washoe that looks to have disenfranchised the entire State.

Why would the paper or County try to cover this up? Try to discredit Beadles?

See what the County did when we shared some of this with them. Read the article and watch the Video here: https://operationsunlight.com/we-met-with-washoe-county-and-we-addressed-the-election-fraud-heres-what-happened/

It’s all going to come out; who was right with Incline Village? The County or the People? Stay tuned… Fact check that! 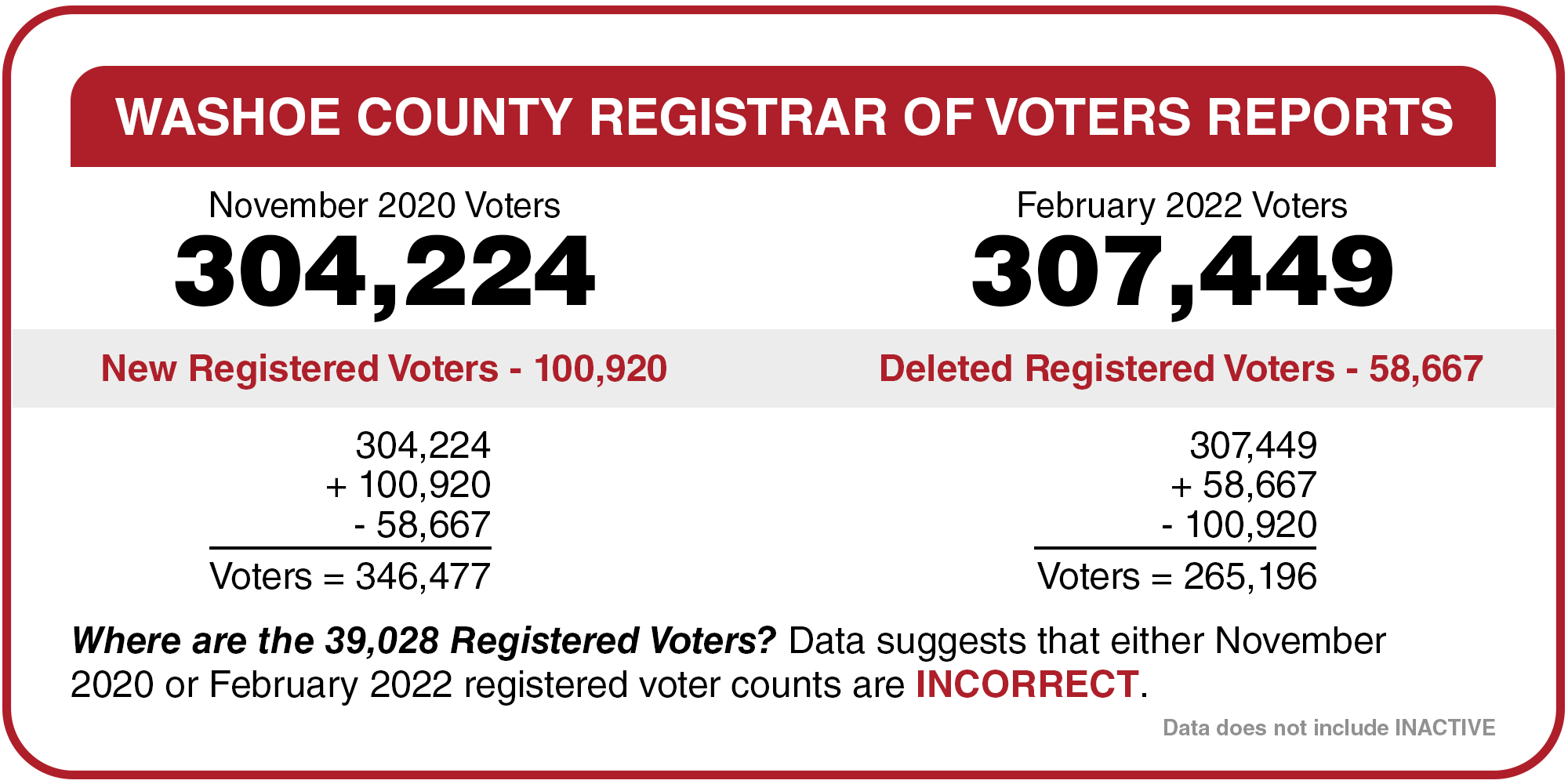