The real threat to our democracy 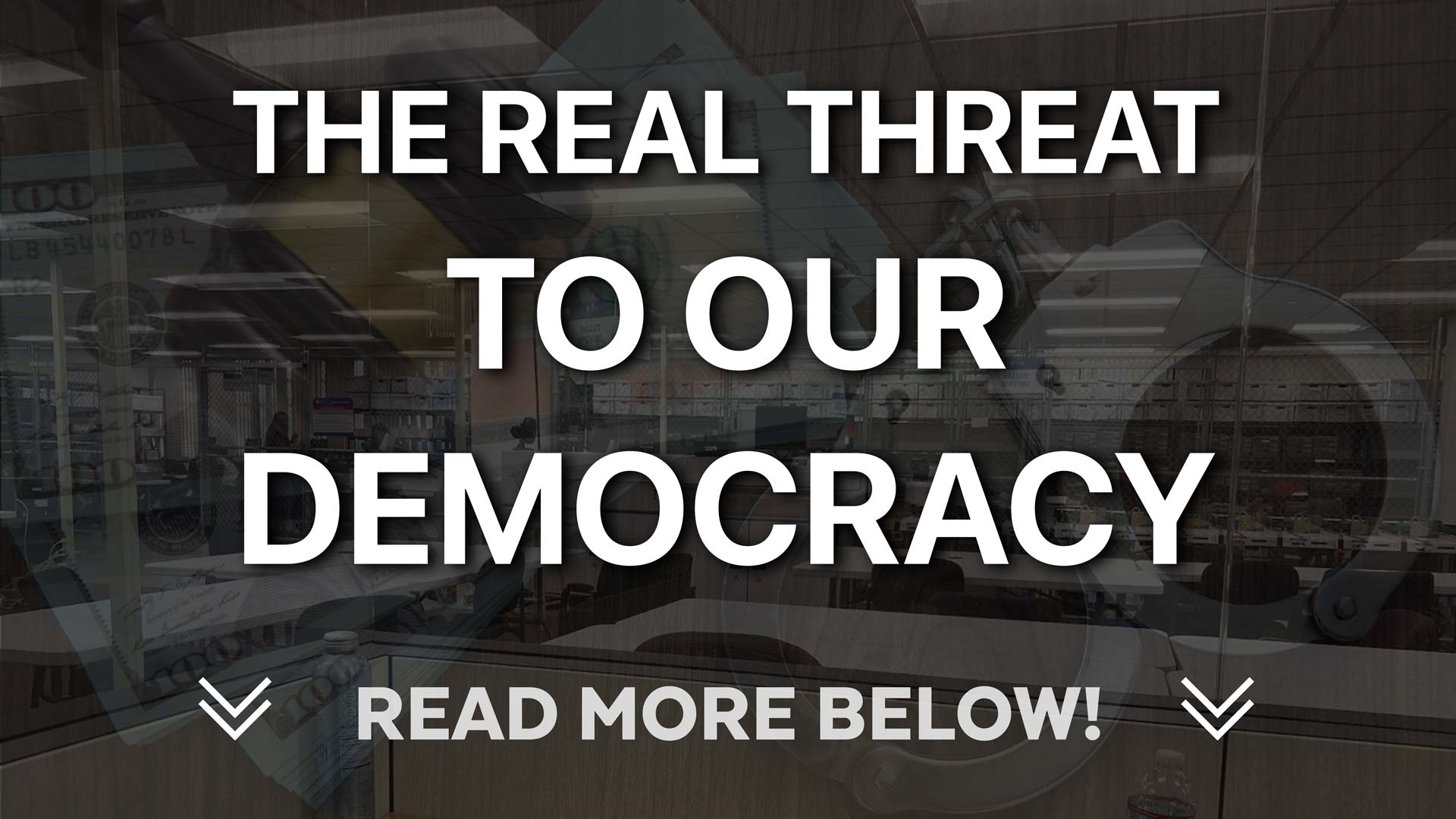 The real threat to our democracy……

First off, we have/had a Constitutional Republic, not a democracy, that must be said.

The real threat is totalitarianism, but I digress already….

Regardless of what they want to call it, we have real issues with our voting rights and system in Washoe and, well, everywhere in the US.

We pointed out so many glaring issues in Washoe in our 2022 primary elections.

The Secretary of State did nothing with our findings, in fact, if you look at their responses, they appear to be covering up the issues.

So what do We The People do?

We speak out peacefully.

Yet, the commies trying to take over our elections, and the County don’t like it.

So they say we are threatening election workers?

They say it loud and proud. It’s across the country now, calling us crazy for wanting a legitimate voting system and transparency in our elections.

Have you looked at the so-called threats that came in?

There are no receipts.

Read here. You’ll see from the county’s own email with the local RGJ that there are no ongoing threats.

Yet, globalist, Soros-backed Aguilar wants to make it a felony for anyone threatening any election worker by any means. Emails, in person, a blog post?

This dude Aguilar is running for Secretary of State against the freedom-loving, transparency-wanting in our elections, Jim Marchant.

So…. first of all, where is the proof of one single threat made against an election worker?

Where is the proof of any crime?

Hell, where is a freakin police report showing any of this?

They just say it, so we’re supposed to drink the Kool-Aid?

I read the email exchange between the county and RGJ and don’t see any ongoing threats. Hell, even for the few things she mentioned, there were zero receipts too!

So now we just have to shut up for fear of being imprisoned….

Hmmm, why does that sound familiar….Oh yea, Nazi freak’n Germany!

That’s where Soros came from!

He’s actually a Jew who sold out his fellow Jews to Guess who?

That’s who you want controlling our state?

Look at the Soros and pals candidates here.

These are HIS people!

Alright, so now, let’s talk about a few issues I guess we should be scared to discuss if Nazi-backed Aguilar gets in….

I’m not scared though, I’d rather die on my feet than knees, but I digress…….

That’s right. China is in Washoe!

The poll software Washoe and we’re told Clark County uses is sending off our data to CHINA!!!!!

So why are other counties refusing to use this software while Washoe says, no worries, we got this and still uses it?

Will I get a felony under Nazi-Soros-backed Aguilar for posting the news, the facts?

Well, if we have free and fair elections, not a chance.

We’re told Washoe County screwed up sooooooooooooooooooo bad on our ballots they have to reprint them again, well not again, but again and again!

How much did that cost us?

Or will they lock us up for that too?

Now folks, if these were your employees, would you look the other way or fire them?

Oh, I forgot, they are “supposedly” our employees. Will we get locked up for saying we want to fire them?

Folks, we have exposed soooooooooooo many issues in Washoe. Where is the accountability?

Where is the justice?

No chain of custody?

Our votes counted in secret?

Not qualified people to run our elections?

An algorithm flipping our votes, even a judge said, “so what” to?

And now, them just stealing our votes altogether, in plain sight!

Folks, when will you stop being scared of being called names, stand up, and say no to communism?

Look around, it’s only going to get worse until we say enough, regardless of these commies wanting to lock us up for simply calling out the issues peacefully.

I’ve had enough, have you?

Vote this way, not the way these crazy people are saying. If you do, it may just cost you your vote! Asides from the other issues we showed above, lol, please don’t listen to these crazies,  we have enough issues, and our votes are too important, don’t do what these crazies are saying.