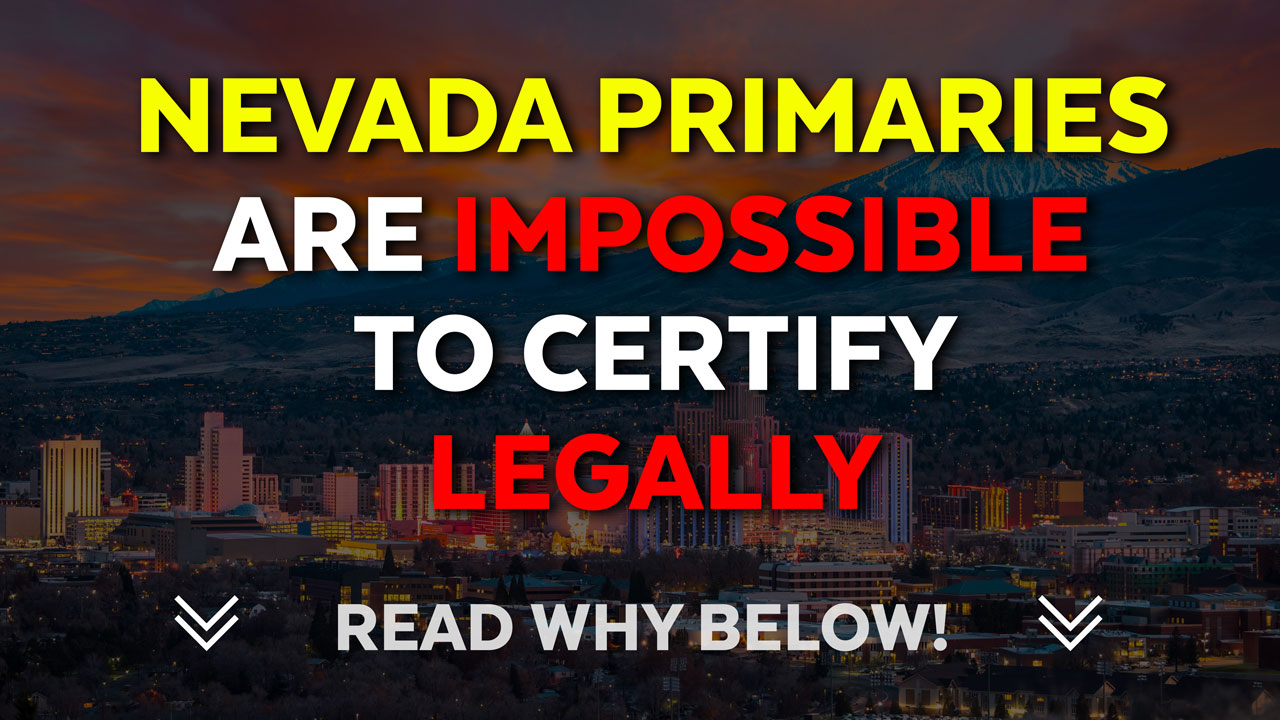 Nevadans know there is something fookey with our elections. Something like 80% of people, according to True The Vote, now question the election process. You know what, they’re right to!

Take CRT candidates, they are incredibly unpopular, yet somehow they are winning races?

Take Joey Gilbert; he wins 15 of 17 counties and supposedly loses in two counties. In those two counties Joe Lombardo can’t show his face without being heckled and booed out of the area.

I keep telling people to stop celebrating so soon; you may be winning today and lose tonight. We have election month and change, not election day!

We know it’s compromised; they’ll just keep bringing in ballots until “they” get their desired outcome. We can prove this current election should never be certified.

Many say, Beadles, what are you doing? Tons of your candidates you support won. Look, until we correct our election system, they may win the primaries and then have their race stolen in the generals if this continues. I can’t take a win for some and look the other way for others.

It’s simply wrong, and bottom line, until we can restore our election integrity and care less what compromised or ignorant people say about us, things will only continue to decline.

Will you stand up for your State or turn your back, kick rocks and say, “well, it’s corrupt. I guess they win?”

I, for one, will stand up and say ENOUGH! I hope, for you and your family’s sake, you join us.

Here are a few examples of how this election can not be currently certified.

Ballots keep pouring in, with no chain of custody to where they came from in sight. It appears they will continue to count votes until they get however many “they” need! They called the race quickly for many candidates with 10% of the vote in, yet keep other races going; why?

Will you stand up to these people and say enough or let them steal you and your family’s future?

P.S. in a quote from Fred Lokken in an RGJ article, the RGJ finally said something that makes sense when referring to the Washoe County ROV:

“It’s a department that needs an analyst to come in and assess because something is seriously wrong,” he said. “No one registrar’s office should have as many problems as this one has had over the past 10 years. There are some endemic problems to that.”