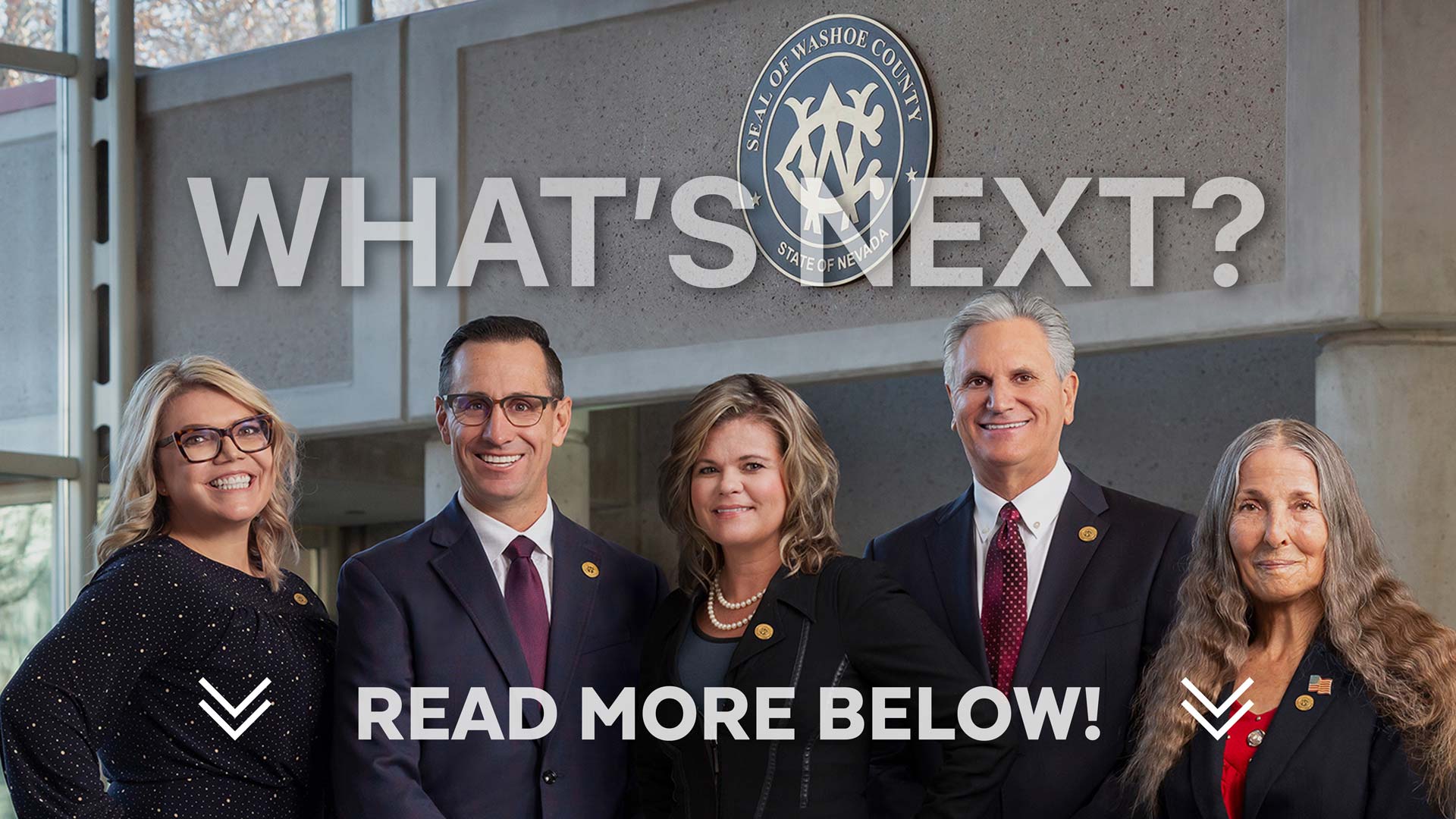 So in Nevada, we vote by the pound of ballots vs. the legitimate vote per ballot.

As you may have heard, another completely untrustworthy election was certified today in Washoe and Clark County.

In Washoe, we heard county commissioner chair Vaughn Hartung with his canned questions and the county attorney’s canned response, “can we order a new election”?

The county attorney says no and elaborates but does mention a few ways in which it could happen.

What’s remarkable here is all of the commissioners were given 100% proof the election couldn’t be certified.

Only our great mighty mouse, Jeanne Herman, voted in opposition.

She won her re-election yet did the hard thing, not the easy thing. She was our lone representative, representing We The People, and she stood up to the other 4 and said NO! Even though she won her race!

This is one remarkable and incredible woman. We need thousands more like her in government and in life.

Now what’s interesting about Hartung is not only can we prove he didn’t win his election, but in the primary election, after being shown all the issues he said the ridiculous sentence, “we have to certify the election so you can challenge it.”

This should tell you all you need to know about this guy, but there is far, far more, but for the purpose of this letter, I’ll stop here.

What he should have asked was, can we audit the votes? Can we audit the signatures? Before we sign under penalty of perjury that these results are legitimate. He, of course, never did.

Essentially we have elections now that are completely untrustworthy unless you’re the ACLU type here: 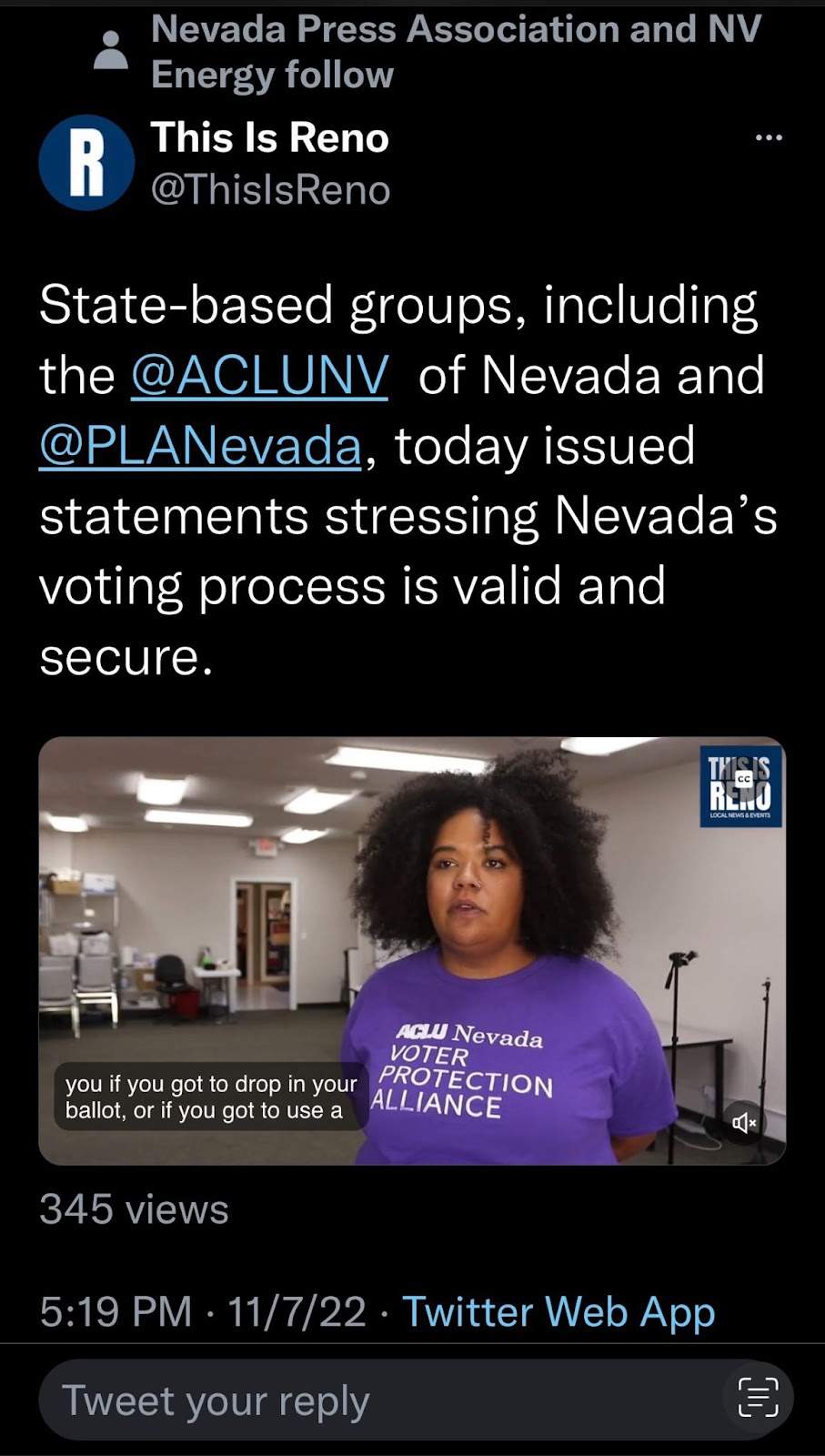 They say everything is above board, so I guess we should trust them?

Are they in the counting room too? Are they doing signature verification?

Or are they just helping with bringing in truckloads of harvested ballots?

These are some of the questions people asked me.

You should ask them. Maybe then we’ll know how they can guarantee the elections were sound.

I, on the other hand, believe they were not. Why? Not because of gut feeling but rather the hard data and evidence.

When we contacted these people, around 15% said they didn’t vote, yet someone voted for them!

Full stop there. We need an investigation! Right?

But what’s worse? The signature verification workers were told to basically pass most all signatures. That’s the only real safeguard we have against voter fraud.

So we have 15% of the votes being cast by someone other than the voter, and basically no signature verification.

How can anyone trust the outcome or reported results?

That’s where we’re currently at.

Much like a silly comparison to UFOs, The press, academics, industry, etc, all mocked anyone from the airlines, NASA, or military who said they saw them.

Then out of nowhere, CNN and everyone is saying they exist and showing them on the evening news.

Now it’s common knowledge and widely accepted. They exist, much like untrustworthy elections.

Now stolen elections are nothing new. Democrats, for years, claimed this. They even, in senate hearings, etc, said how machines couldn’t be trusted and more.

Yet now they mock us and call us a threat for simply saying the same things they did-do. The truth.

So to keep this shorter than I could, we’re in a mess right now as a nation and world. We see 3 million people a day protesting their stolen elections in Brazil. We see across our nation the very same thing in countless races.

We see the left and the media attack us for pointing out the issues.

It is solely up to God and us to correct these issues.

Now we are far from giving up. We’ve just gotten more intel and strategies for going forward. If you understood Nevada law and our current justice system, you would know how dire things look for free and fair elections, but we do have hope.

We’ve been working with around a dozen attorneys who all see what we see but have to figure out the proper path forward to be successful even in these circumstances with the legal system we face.

We’re far from giving up. If we don’t save our elections, we truly will lose our country and the world.

The press covering up all these issues or downplaying them has all but signed their reputations away.

The truth will come out, and I promise you history will not be kind to them and their future offspring. Meaning they’ll all be shown as traitors to the truth and how, for a few shillings sold out their country and countrymen.

If you only knew what I know, there’s no way this won’t all get out. It’s just a matter of time.

In the meantime, know we are far from done, and this is far from over, even with their certifications.

We might be fighting this for the next 2 years, but if we’re successful, and I believe we will be, we’ll all be better for it.

It’s time to get more involved now more than ever. Apathy is contagious but self-defeating.

We know what happened. Now we have to prove it. I promise you. We will.

In Nevada, we vote by the pound, not by legitimate ballot.

They round up as many as they can find since everyone and their dog gets one.

They illegally sign them and send them in, then the signatures aren’t properly checked, and the vote is cast and counted.

This has to end.

I’d love to tell you more but know the people reading this, in addition to you, want to know what we’ll do next, so I have to restrain my desire to inform you why things aren’t as bad as you may think.

Again, we’re far from done. Stay tuned. So much more to come.

“We will not walk in fear, one of another. We will not be driven by fear into an age of unreason, if we dig deep in our own history and our doctrine and remember that we are not descended from fearful men. Not from men who feared to write, to speak, to associate, and to defend causes that were, for the moment, unpopular…. There is no way for a citizen of the Republic to abdicate his responsibility.”