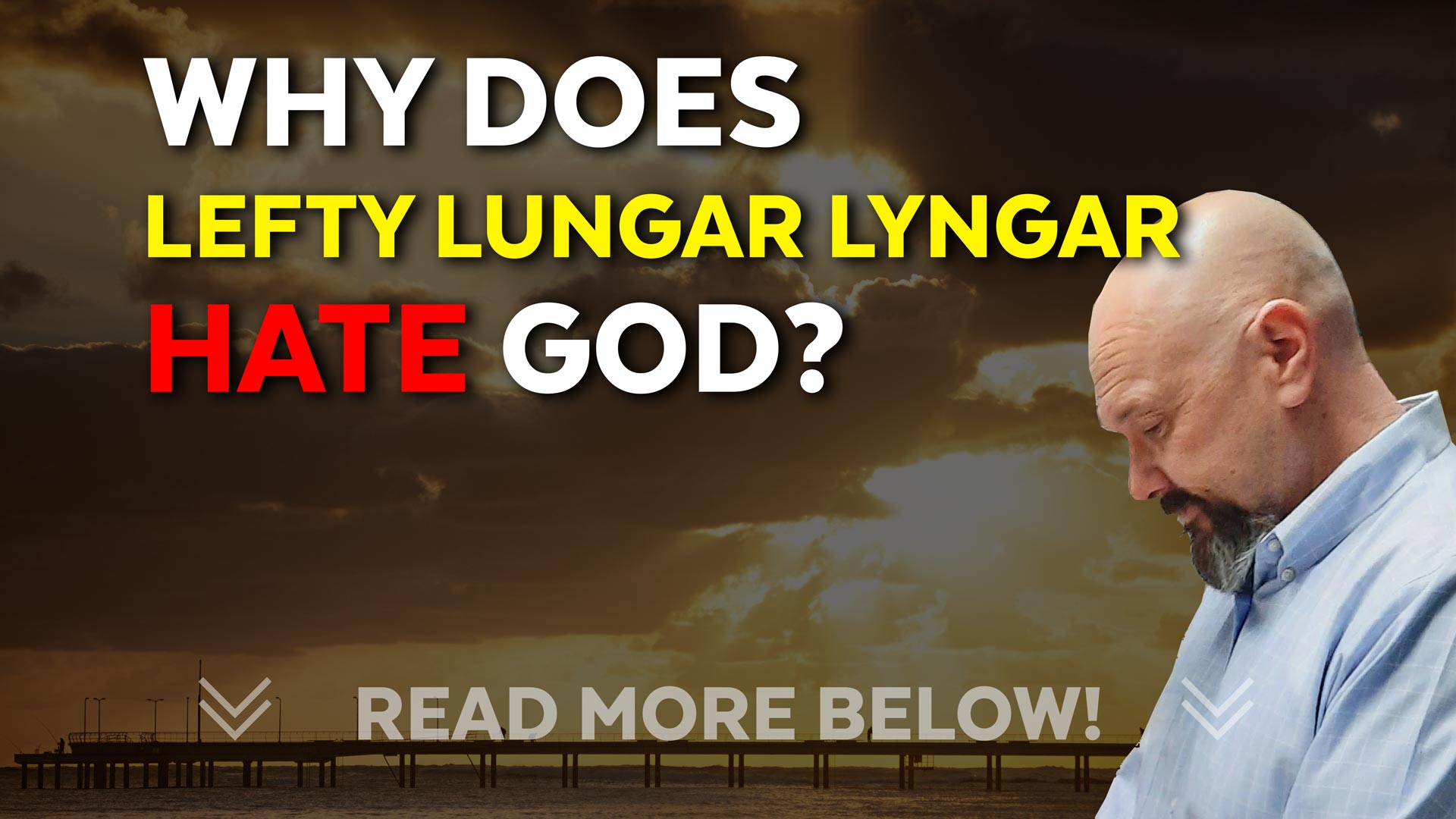 What happened in Triple L’s youth or adulthood to make him this way?

He speaks of his father as being conservative and possibly Christian but not himself?

In that article, he shares his conversation with his father,

“Global warming is your religion,” he says. Because I’m an atheist, calling me religious is the worst insult he can summon, so he uses it often. My father sincerely believes that science is a political plot, Christians are America’s most persecuted minority and Barack Obama is a full-blown communist. He supports the use of force without question, as long as it’s aimed at foreigners. He thinks liberals are all stupid, ignorant fucks who hate America.”

He doesn’t care if we call him a communist, and we know in communism there’s a dictator to be worshiped, not God.

The god of the people becomes the dictator in communist countries.

Does ole Lungar want to be our god?

Even if you’re an atheist why in the hell would a person say,

“Religious people always want to cite “godless communism” to argue for region. Because one thing is bad doesn’t automatically make religion “good.” The argument has been debunked so thoroughly that I’m not going to bother doing it again. Fear of communism has driven America to idiotic embrace of fundamentalist Christianity, see “under god” in the pledge of intelligence (inserted 1954). That’s one example, but I could cite many.”

This bat crap crazy dude wants to tell us how our families can live, how we can squirm all under his thumb?

Good God, if this guy wins, it further shows our elections are beyond rigged.

Even the Democrats are saying, “pass”.

Jeanne Herman is our only hope for the safety of our families and ourselves against this Lungar.

I believe we can learn from everyone, I also believe in only taking certain advice from people more successful than ourselves.

I also believe that to lead you actually have the people’s best interests in mind as well as actually have a track record of success.

For the love of God what the hell has this guy ever done or accomplished to make you think he can tell YOU or your WIFE or CHILD or GRANDCHILD how to live their life?

Then make it happen as commissioner……

Thank God for Jeanne Herman, vote Herman for your family’s sake, regardless of party!

BTW I would gladly support any Democrat that follows the Constitution, follows God, and does right by the people. In fact, I have, a lot of them actually (that’s for a very different letter, I’ll be happy to share it in January)

Yet, Lungar is clearly not that, if this dude likes the crap he spews so much, why doesn’t his commie butt move to China and leave our families alone?

Vote Herman, regardless of your party.