Unbelievable, the contest was denied! 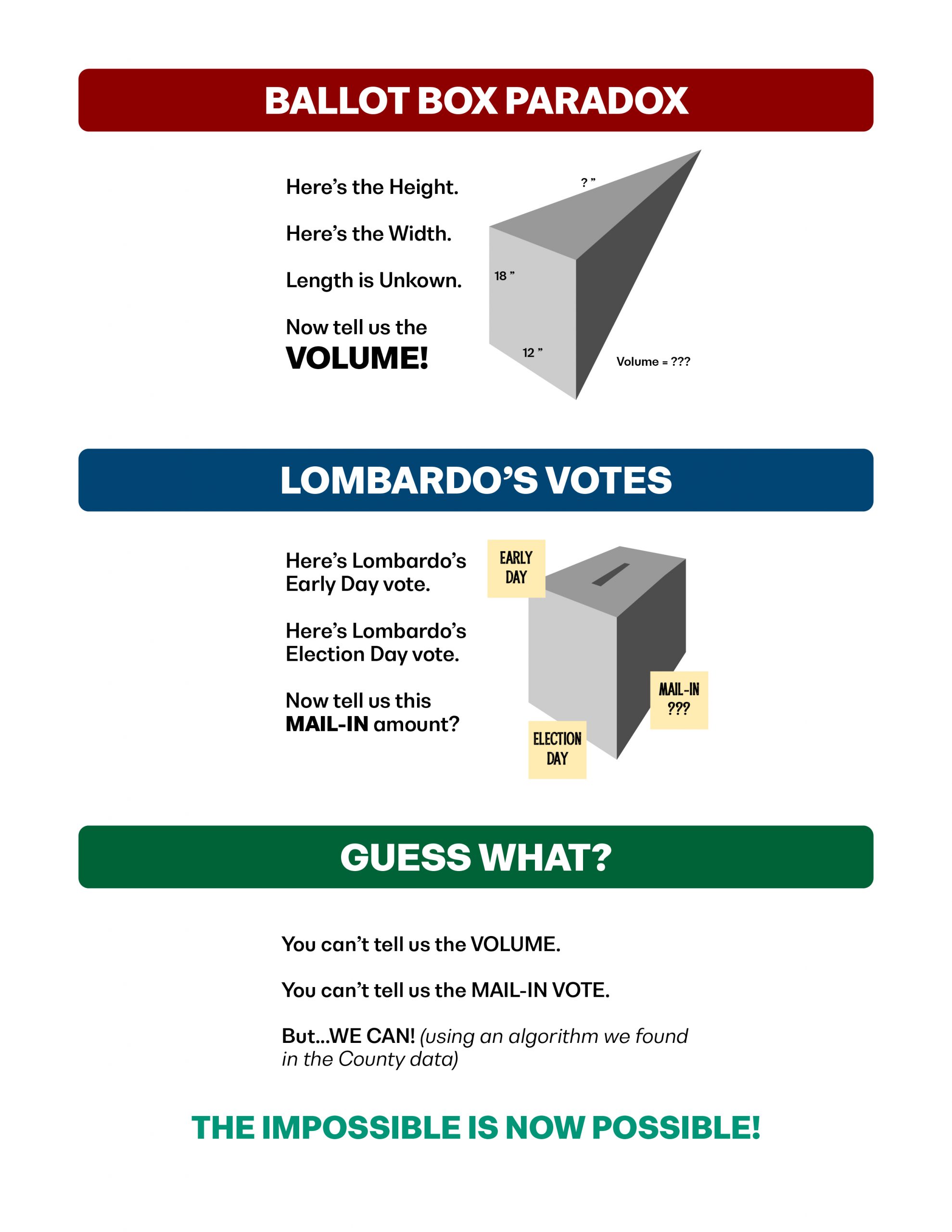 We’re sitting with absolute proof yet….

We The People were denied our day in court once again!

Gilbert meets at least 3 of the criteria to lawfully contest the election.

The judge is told and shown there is an impossible mathematical formula that determines our elections not our votes, yet that doesn’t matter?

So what if our votes don’t count?

The judge says there’s no evidence to restore the election. Why in the hell should we have to?

This judge literally passes over the fact the elections are stolen but because we don’t state exactly by who and how much just move along?

He says Ed Solomons’s work is hearsay and can’t be used in court.

We literally just got the Washoe data and can restore the election in Clark but needed Friday to present all the facts to everyone.

So bottom line, Gilbert shows cause for the contest, even if all math we say is true and our vote doesn’t count, the judge doesn’t care.

I’ll add the video here shortly for all:
https://rumble.com/v1fjglj-unbelievable-the-contest-was-denied.html

Well, we’re off the Supreme Court.

Truly disgusting day for our State and Country.

Pray for the Supreme Court to at least hear We The People’s case.

Maybe then we can get the restoration evidence in front of them as well as the algo used to steal our votes?

Here’s Ed Solomons’s 400 pages of proof, the court refuses to hear or add to the record, this is just from a private citizen, it’s all open source, the whole world can use it, read it, whatever.
This shows anyone who has a high school level of algebra and freshman year understanding of calculus how our elections are stolen. It also addresses any counterclaims.

This corruption must end!