The Three Things We Must Do? 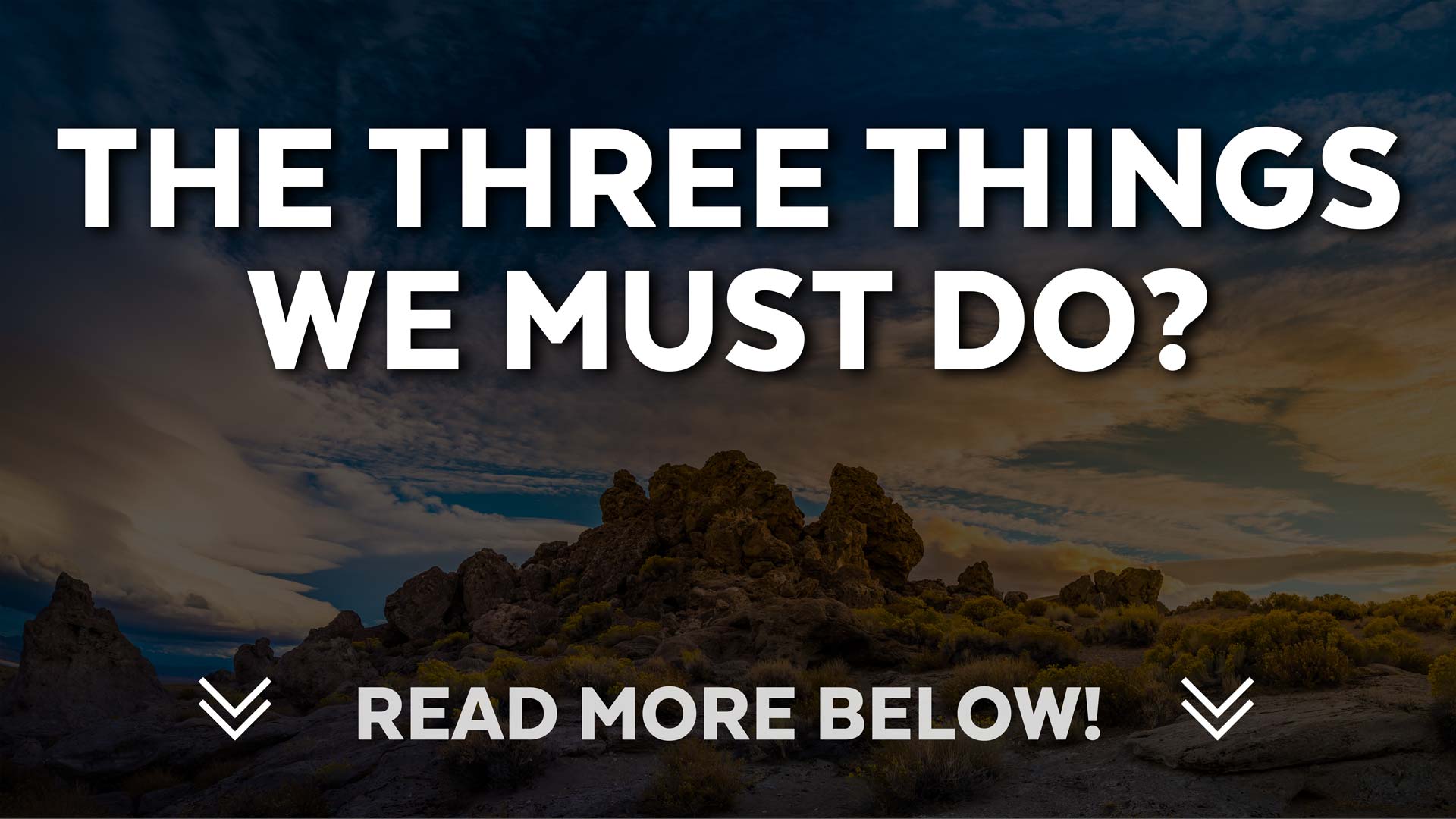 Go back to God, support our God-fearing constitution-loving candidates, and secure our elections.

Why go back to God?

Through Him, all things are possible. Without fear of Him, there is little fear of repercussions.

In a State founded on lawlessness and still holding true to it, there’s little accountability in the here and now, but with God, there definitely is in the hereafter.

Without fear of Him and His repercussions, people do much evil, thinking there are no consequences, but we know there are when we leave here.

Additionally, our founders were all or near all men of God. Further, our founding documents are derived from the Bible.

America was founded on Christianity, and we had the most Christians per capita. We were the shining light of the world and the most prosperous. We need to go back to God to prosper again.

It’s simple, we covered the God aspect, and now the constitution aspect is simple as well.

There is nothing wrong with the constitution, and it is the one document in the entire history of the world that granted a country the rights and ownership abilities like none other. We are the freest country in the history of the world because of God and our constitution. The only thing wrong with it is our servants fail to follow it over and over again, then blame it for their poor decision-making outcomes.

Lastly, you give me the best system in the world, but crappy, immoral workers, and it will fail. Yet, if you give me incredibly, God-fearing constitutional workers and a crappy system, we can still prevail. It’s not the system. It’s always the people. With the right people, we can take it all back!

We must support great people, time, treasure, you name it, and we must help them so they can help us.

Be careful who you help, though.

Do you remember the definition of insanity?

It’s doing the same thing over and over again, expecting a different result. Sound familiar?

RINOs will not save us; remember that.

Also, Sun Tzu said it best, never demand accomplishment from those who have no talent.

Why secure our elections?

It’s simple; we’re running in place or backward, supporting candidates when our vote doesn’t count the way we intended it to. That’s what we currently have right now in Nevada.

For the commies in the media who love to say we have no proof, the $30,000 challenge proving we have 100% rigged elections is still undefeated! Another 3 PHDs tried this week to prove us wrong; guess what happened? They found we’re right as well!

We have even MORE proof the 2022 primaries were rigged, and God willing, in the next few weeks, God willing, we’ll get our day in court and prove it to the world.

For the mentally challenged out there that say, Beadles, you’re dividing the party, I simply say to these folks, we can’t support placed candidates. They will sell us out. Look at their track record.

For those that say but Beadles, what about the ones who made it through?

It’s simple, most of them in Nevada will also be robbed in the general election by the same broken election system.

All your time pushing these candidates will be for NOTHING! That’s WHY we MUST do both in parallel! Support the candidates AND restore honest elections!

We must do both at the same time.

The RNC-GOP has attorneys, right now, they should be jumping all over the supreme court rulings in other states banning drop boxes outside of polling places and ballot harvesting!

Call them, email them; they have a ton of money nationally and demand they file lawsuits immediately doing the same.

The courts can not legislate, but they can strike down unconstitutional laws!

There is much to AB321 we feel is unconstitutional. Tell them to get to it.

It only benefits the RNC and GOP as well. If we have nothing but Dems running Nevada, why would we even need them then? But, if they don’t work to secure our elections, that WILL happen.

Soon, we will be heading to court in the next two weeks, God willing. God willing, what we expose there, they had better get behind and act immediately in favor of all Nevadans.

We The People, doing all the legal leg work is ridiculous when these people are paid to do it.

They must start NOW. I’ve told them I’d help them in any way they need—money, resources, legal team, etc.

So they really have zero excuses not to act now.

We must hold all leaders accountable.

If you owned a business and your employees didn’t do their job and just cost you time, money, and eventually your business, wouldn’t you fire them or at least have a sit down first and call them out? That must happen.

For those that are trash-talking the recount and contest for Joey Gilbert, it’s again simple.

Here’s where we expose it all.

Imagine you won the lottery; you went out, spent your hard-earned money and time, and bought a lottery ticket.

The numbers are called, and you won!

Yet, you go to the lottery commissioner and show him the ticket, and his buddy snatches it right out of your hand and says it’s his!

Then the commissioner sides with him and says he won, not you!

What would you do?

Would you walk away and kick rocks, or legally, peacefully fight like hell to expose what happened and that YOU truly won?

That’s what we’re doing on a much, much larger scale. Our expert witnesses all agree that we have the proof. We must expose how it happened to ensure it doesn’t happen further.

If we’re successful, God willing, it changes everything; it’s far bigger than Gilbert, Hyt, and Roberts. So much bigger.

So to recap, in my opinion, the three most significant things we must do are go back to God, push like crazy God-fearing constitutional candidates and peacefully fight like crazy to secure fair elections.

We can do this all at once.

We simply need each of us to do our parts and our GOP-RNC to do there’s and legitimately sue the crap out of Nevada.

We have standing, case law, proof, and the resources, it must be done, or I assure you, all will be lost for all.

If you could see what we see and have the data and proof that we have, you’d know how bad it really is and how badly it must be stopped. Soon you will see.

Stay tuned and for the love of God, get involved.

For a small recap of what we’ve been doing in Nevada, check this letter out here.