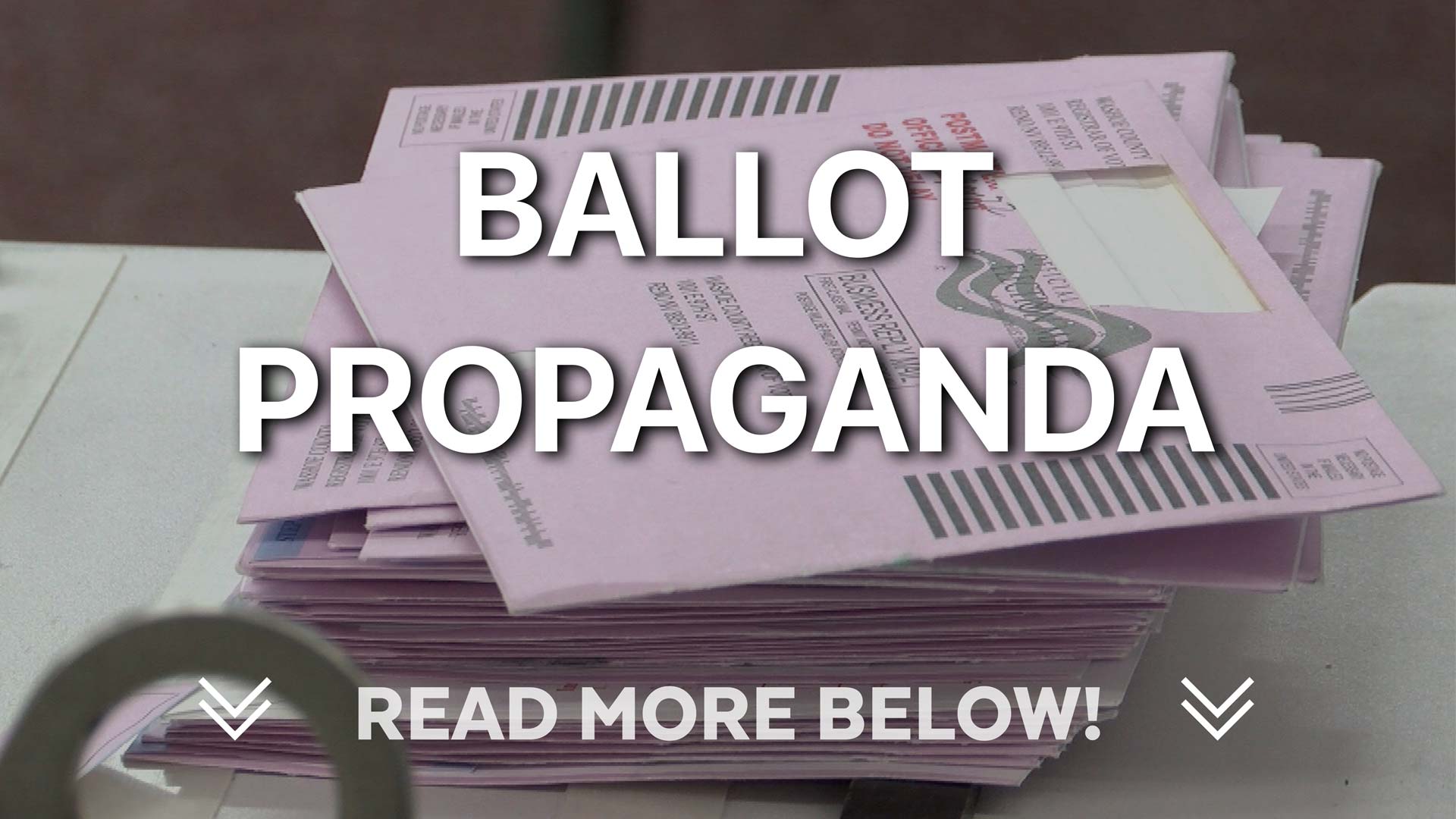 So the two we mentioned yesterday are back at it again!

It’s interesting. They never have time to respond to us but always have time to spin our worries into nonsense if you believe them.

What I’m going to do is let their words speak for themselves, then you tell me if you believe what Mark Robison from the RGJ and Bethany Drysdale from the communications team at Washoe County say now.

After you read their propaganda piece on the RGJ and then read these two emails, you tell me if you’ll ever believe a word out of their mouths or fingers again.

From the RGJ propaganda piece, they want you to believe:

“The first set of about 300,000 was printed at the same time as the sample ballots, she said, and “a few thousand” of these were sent to out-of-state and overseas voters before the errors were discovered.

All ballots from the first round intended for voters currently residing in Washoe County were destroyed, Drysdale said.

“K&H confirmed to me last week that they destroyed the ballots,” she said. “They never even left the facility.”

She added that 100 percent of the yellow ballots were suspended.

“We had a few sent back where people must have voted them as soon as they received them, but it was just a handful,” she said”

So here is example one:

We asked how many times the ballots were printed, where they were at, how many were sent out, costs, etc. They responded they would let us know on or before 12/16/22! Over a month and a week after the election!

So again, no time to respond to us and prove we have nothing to worry about, but plenty of time to try to paint us crazy, but we’re not.

Take a look below at how they respond to us. 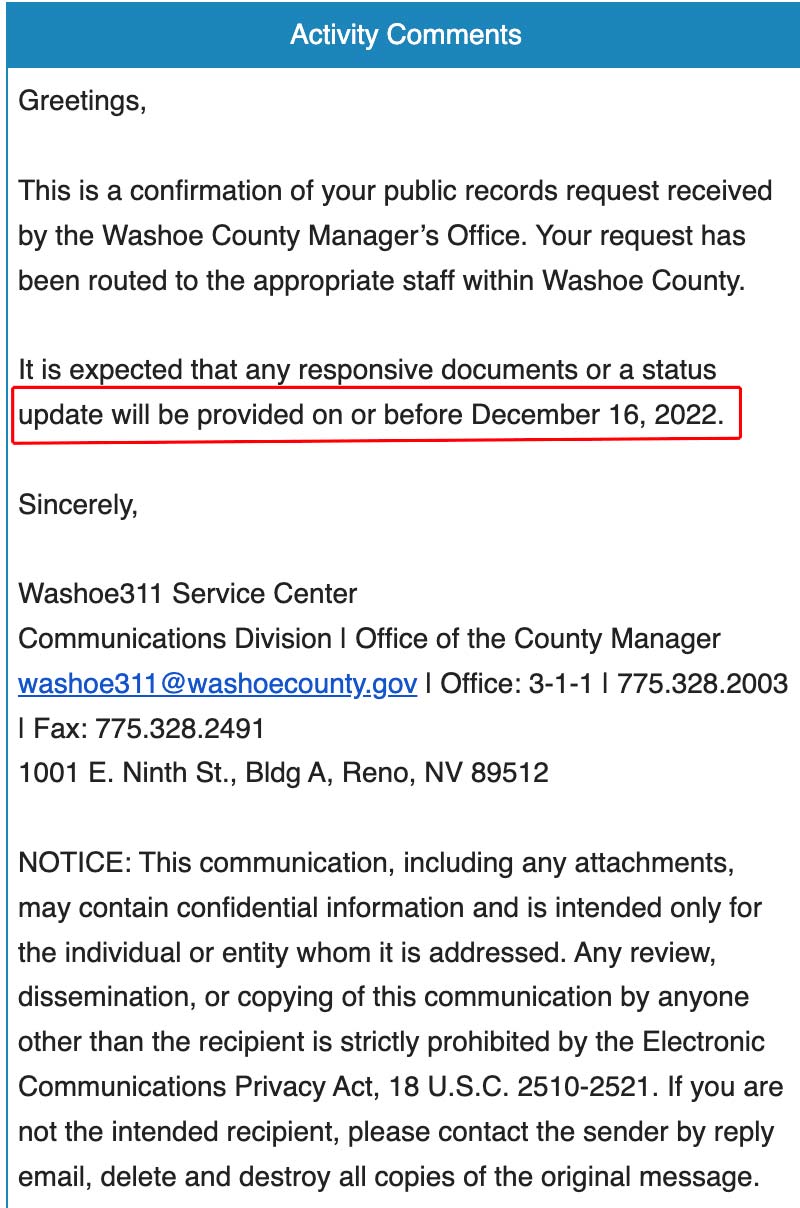 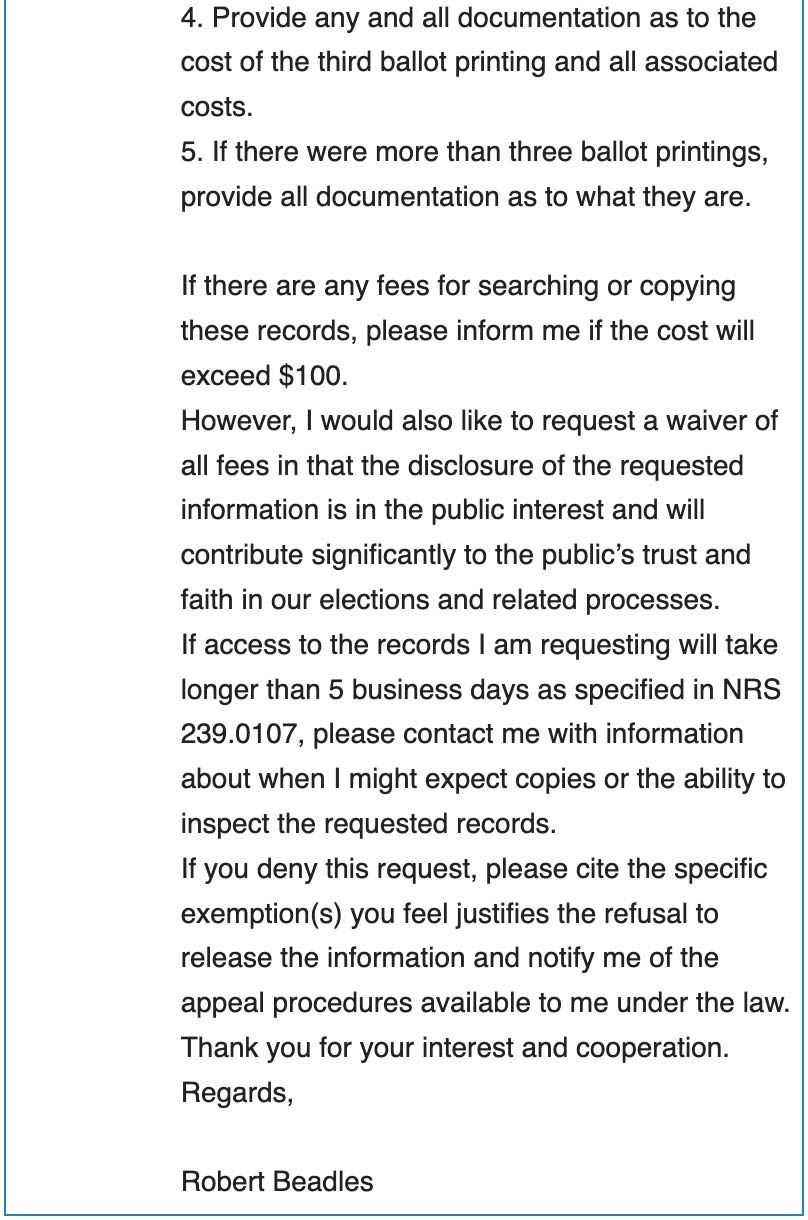 “All ballots from the first round intended for voters currently residing in Washoe County were destroyed, Drysdale said”

“K&H confirmed to me last week that they destroyed the ballots,” she said. “They never even left the facility.”

If they only printed one run of ballots in error, why does the printer say there are ballots mixed in a million of their trays?

See for yourself here: 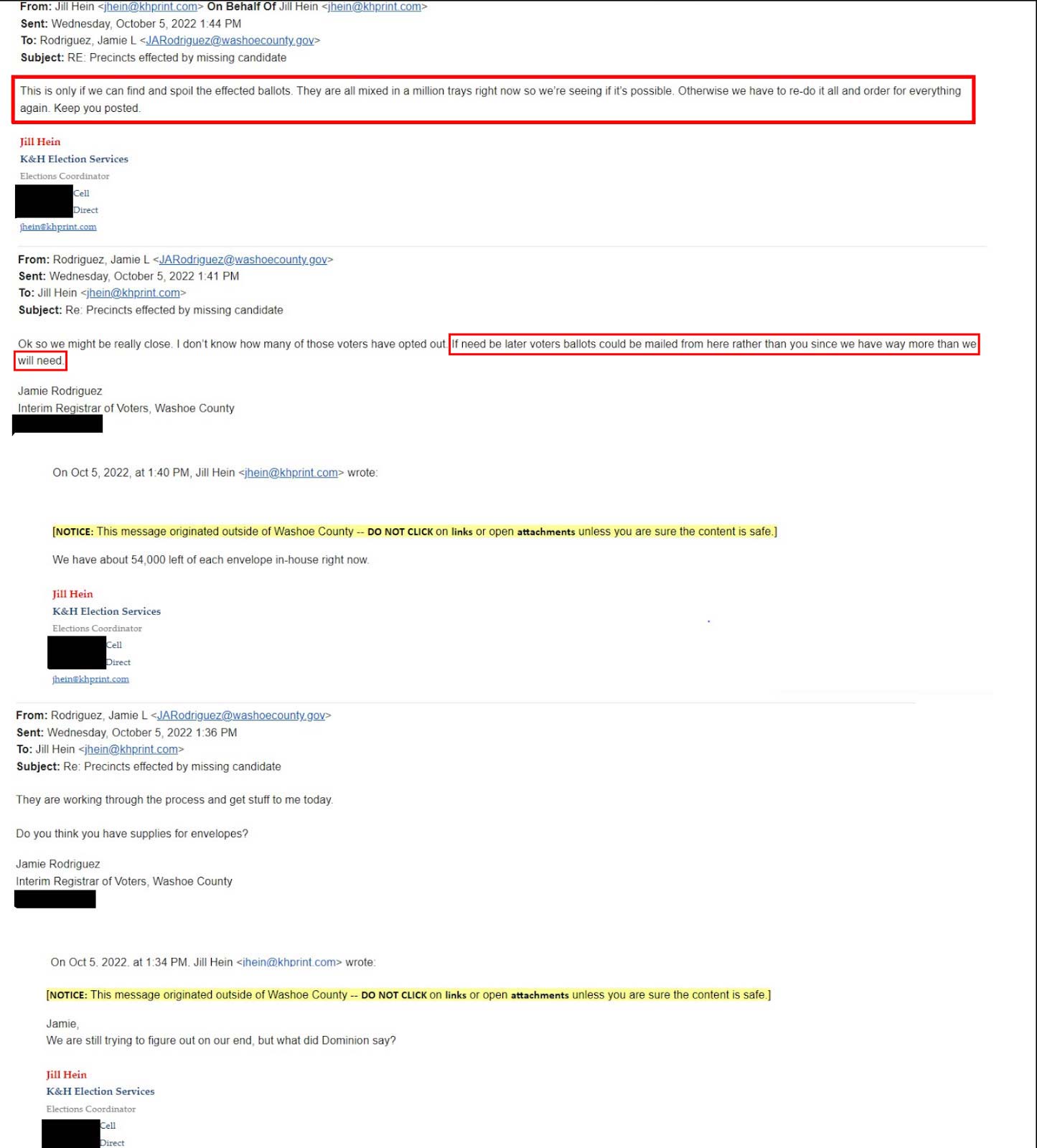 Additionally, this email came through an NRS information request, so if they did destroy the ballots, why don’t we have an email showing that?

Here’s a bigger question, the ROV Jaime Rodriguez not Bethany Goebbels Drysdale in this email states they:

So if they have way more ballots than they need, where are they?

What say you propaganda paper now?

Their so-called fact check leaves out the facts from the County’s very own emails we obtained through the NRS information request act!

Additionally, they stated in the article there were only a handful of the misprinted ballots that went out that came back. So why then do we have election violation reports from our observers saying they saw thousands?

Lastly, why don’t these two address the HUGE issue we found?

The ROV per the NRS has to show us who voted each day of the election. They did so here:

Guess what you find if you contact these so-called voters?

Why won’t these two address this easy-to-verify with your own cell phone fact!?

Why won’t they just come clean and admit they have a lot of “errors” that have compromised our elections? It’s all going to come out anyways.

I can’t wait to see the spin they put on this, but I really look forward to the day they’re explaining all their activities to a judge in court.

Isn’t it strange how Robison said he “missed my email” and added none of my responses to their Sunday propaganda-slander piece?

Then said he was on vacation as he answered my email when I called him out for leaving out all my responses. Somehow he got that email…

Then somehow posted this new propaganda piece yesterday while he was gone on vacation?

So many coincidences…..or are they?

Look at some of the inside emails that we’re sharing between him and Washoe.

Does this seem like journalism to you or county-sponsored propaganda in plain view?

Why did 7 million of our tax dollars go to buying that bucket of a building the RGJ sold the city for 5-6x its worth, we’re told?

Why did all the investigative reporting the RGJ had done into the county and city dry up after the payment…..