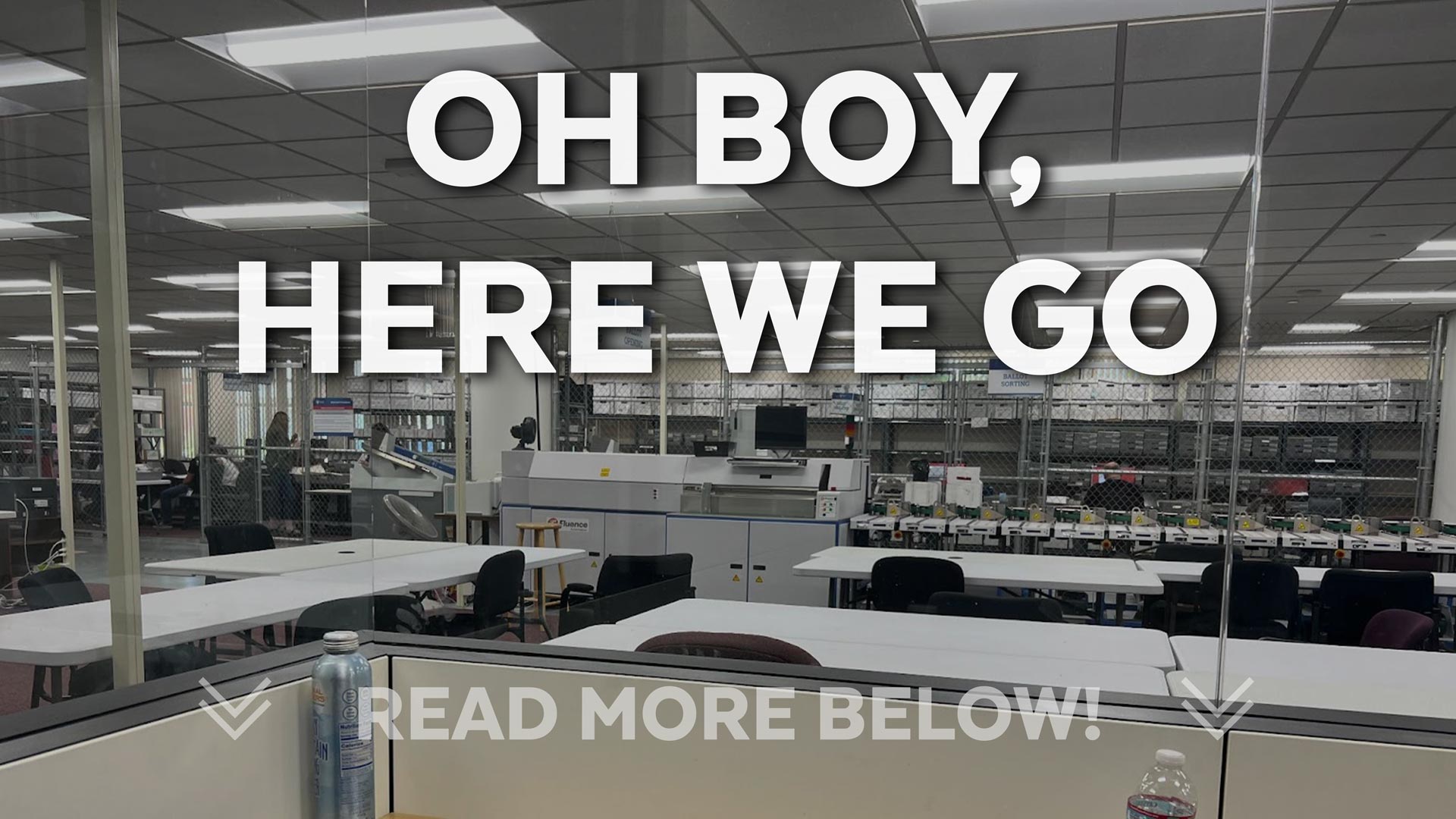 So the 6-week election circus has started.

I remember the day when we had our elections in one day, and we knew the winners the same day.

Simply put, we could do the same in a day, for close to free, if they really cared about our votes counting the way we intended.

This brings me to what we are seeing so far, just a few days into this 6 weeks circus of so-called “Democracy.”

No chain of custody.

That’s right, we already have proof they are breaking the NRSs again. So many ballots being counted that shouldn’t be.

We have multiple reports of the voting machines going down, having issues, suddenly freezing, and more.

No ballot at all.

We have hundreds already saying they have yet to receive a ballot. We’re told this is an ROV glitch.

We have Erin Gomez. She ran for Assembly. She has been canceled altogether. She can’t even vote!

We have reports of voters being told who to vote for in the voter lines. This is illegal.

We have reports the Washoe ROV failed to train its signature verification personnel. We’re told their online training documents, video, etc, that are needed are not functioning. We’re told that they’re told, just do your best, with no training.

We’ve been told the ballots for Washoe have now been printed three times due to their mistakes. So, where are all the ballots? Are nefarious actors filling them out and sending them in?

If this were a private business, it would be out of business. What keeps them in business? Our endless tax dollars they drunkenly slurp down. This is incompetence at best and corruption at worst.

Even when the far-left RGJ calls them out, you know there’s something wrong.

We see groups offering to pay people $250 to get people to vote. What does that mean? Why are they all funded by globalist money?

Folks, they’re scared. We’re on to them. We-they know that they can’t win unless they cheat.

Watch the unions, casinos, and NGOs and what they do for these globalist-supported candidates running against our neighbors who just want what’s best for us all.

Already we see them breaking campaign finance rules. Let’s see if we can get some justice there as well.

Keep up the peaceful pressure, folks. Our voices are far too important to be lost in the dissenting hallways of communism. Our votes must count legitimately, or all is lost. It all boils down to our elections. They know it. That’s why it’s such a mess.

If they wanted free and fair elections, we’d do it in one day, in each neighborhood, with total transparency.

But we know they don’t, so it’s up to God and us to legally and peacefully keep an eye on them and report what we see.

Get involved. Don’t sit on the sidelines.

So much more to come. Stay tuned.

What do you get when 60% of our city council is appointed? 60% of Reno had their votes stolen.

Why else do you think they do things like this?