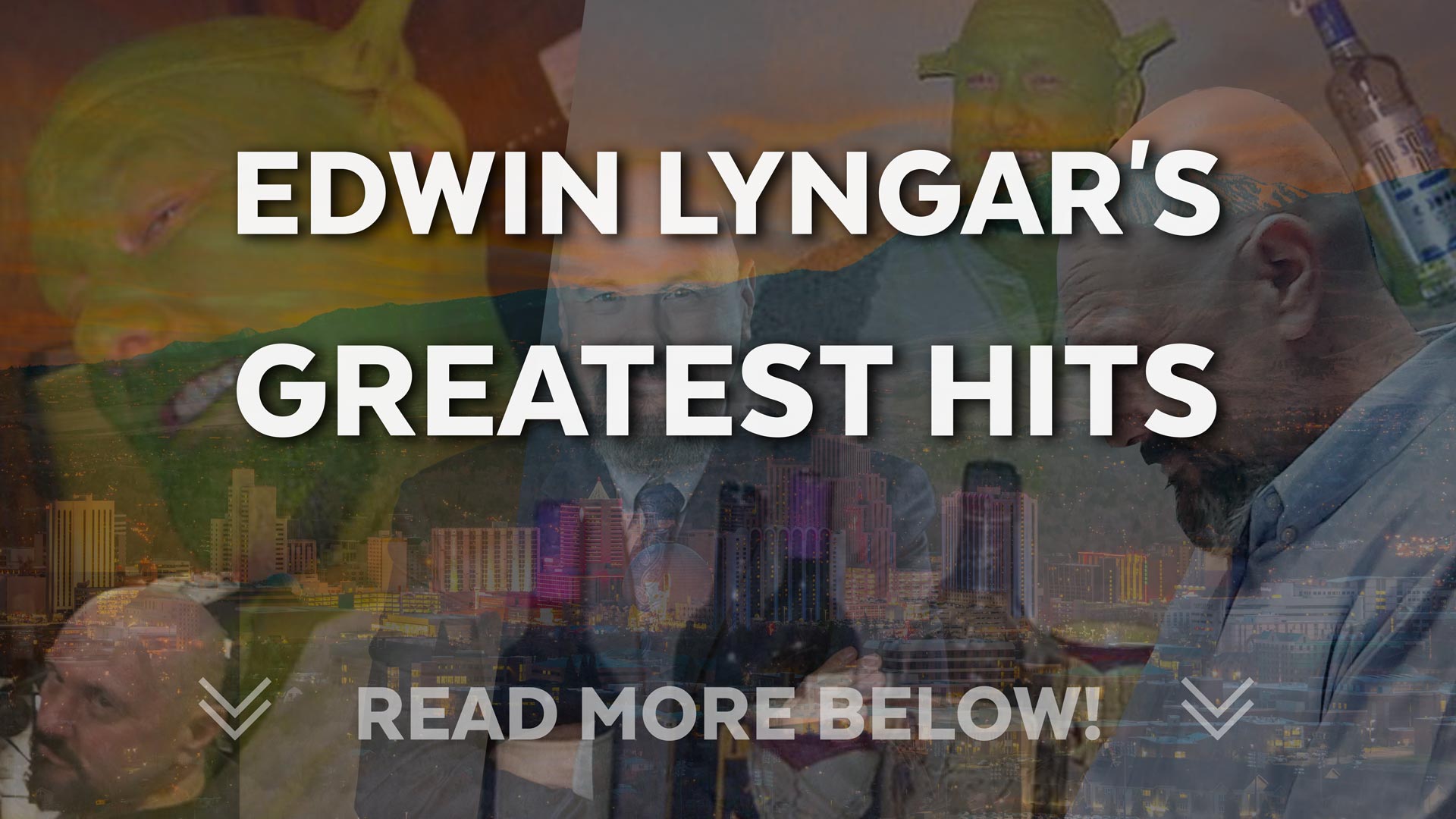 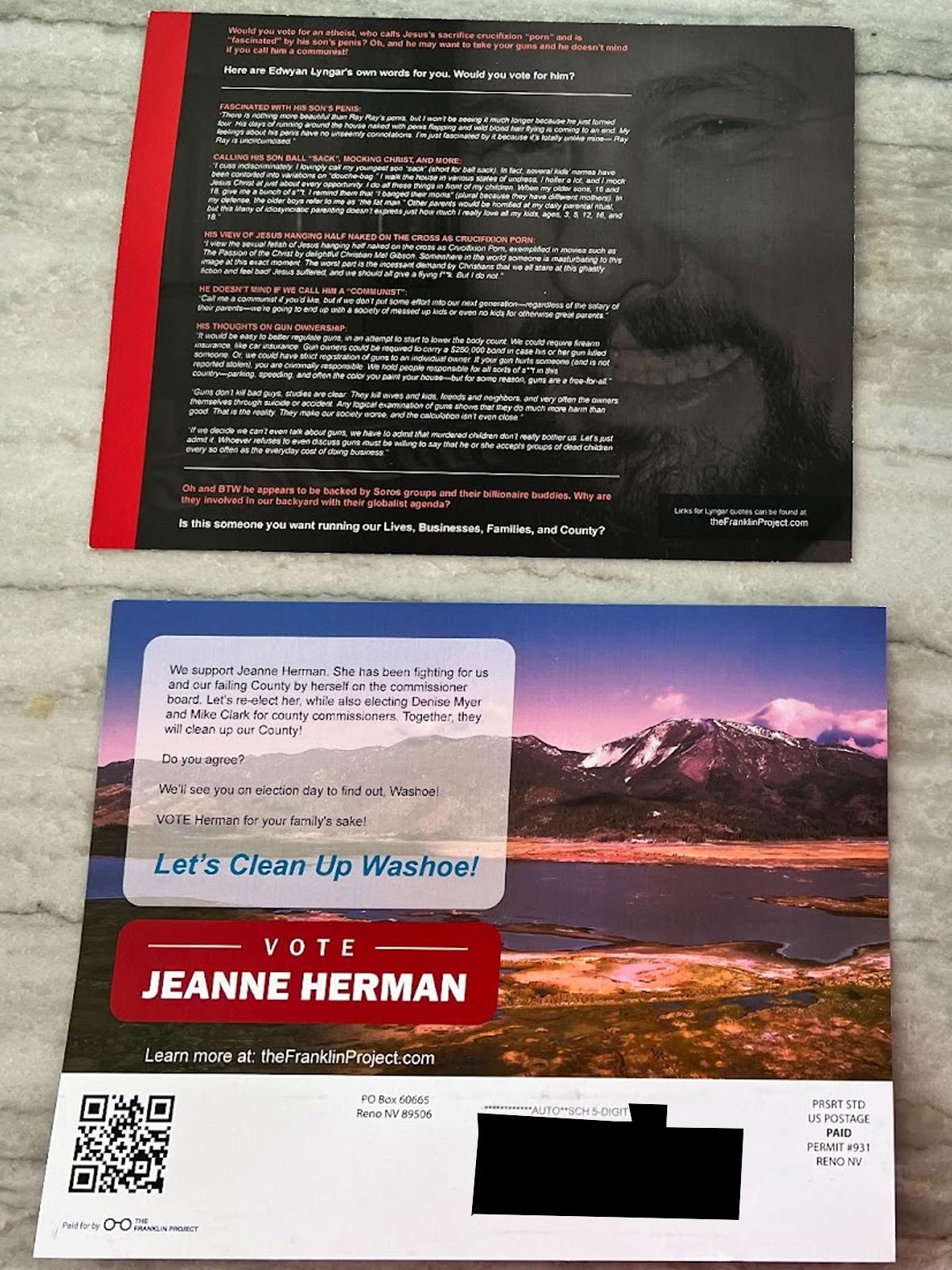 He would have the power to control your way of life.

Would you elect someone who says these things?

“although someday I’d like to run for my local school board, I doubt I ever will. The single biggest factor holding me back (in my own mind) is the fact that I’m an outspoken atheist. I’m not only “out of the closet”; I’ve also written quite a lot that can be mined for nuggets to discredit me as a human being.”

“Call me a communist if you’d like, but if we don’t put some effort into our next generation—regardless of the salary of their parents—we’re going to end up with a society of messed up kids or even no kids for otherwise great parents.”

“There is nothing more beautiful than Ray Ray’s penis, but I won’t be seeing it much longer because he just turned four. His days of running around the house naked with penis flapping and wild blond hair flying is coming to an end. My feelings about his penis have no unseemly connotations. I’m just fascinated by it because it’s totally unlike mine— Ray Ray is uncircumcised.

“But I’m lucky. I have a job and health benefits. Because Gout is not life threatening, if I didn’t have the money, I would have just had to suffer through needless pain. Poor people who can’t afford crazy drug prices can always afford weed or hard alcohol, but that seems like a shitty way to do business.”

“I had a bad elementary school experience, failed the fifth grade, muddled through high school and dropped out of college. Teachers were always kind to me, saying things like, “He’s clever, but lazy.”

“Global warming is your religion,” he says. Because I’m an atheist, calling me religious is the worst insult he can summon, so he uses it often. My father sincerely believes that science is a political plot, Christians are America’s most persecuted minority and Barack Obama is a full-blown communist. He supports the use of force without question, as long as it’s aimed at foreigners. He thinks liberals are all stupid, ignorant fucks who hate America.”

“Religious people always want to cite “godless communism” to argue for region. Because one thing is bad doesn’t automatically make religion “good.” The argument has been debunked so thoroughly that I’m not going to bother doing it again. Fear of communism has driven America to idiotic embrace of fundamentalist Christianity, see “under god” in the pledge of intelligence (inserted 1954). That’s one example, but I could cite many.”

“I cuss indiscriminately. I lovingly call my youngest son “sack” (short for ball sack). In fact, several kids’ names have been contorted into variations on “douche-bag.” I walk the house in various states of undress, I holler a lot, and I mock Jesus Christ at just about every opportunity. I do all these things in front of my children. When my older sons, 16 and 18, give me a bunch of shit, I remind them that “I banged their moms” (plural because they have different mothers). In my defense, the older boys refer to me as “the fat man.” Other parents would be horrified at my daily parental ritual, but this litany of idiosyncratic parenting doesn’t express just how much I really love all my kids, ages, 3, 5, 12, 16, and 18.”

“It would be easy to better regulate guns, in an attempt to start to lower the body count. We could require firearm insurance, like car insurance. Gun owners could be required to carry a $250,000 bond in case his or her gun killed someone. Or, we could have strict registration of guns to an individual owner. If your gun hurts someone (and is not reported stolen), you are criminally responsible. We hold people responsible for all sorts of shit in this country—parking, speeding, and often the color you paint your house—but for some reason, guns are a free-for-all.”

“Guns don’t kill bad guys, studies are clear: They kill wives and kids, friends and neighbors, and very often the owners themselves through suicide or accident. Any logical examination of guns shows that they do much more harm than good. That is the reality. They make our society worse, and the calculation isn’t even close.”

“If we decide we can’t even talk about guns, we have to admit that murdered children don’t really bother us. Let’s just admit it.  Whoever refuses to even discuss guns must be willing to say that he or she accepts groups of dead children every so often as the everyday cost of doing business.”

“A family friend pointed out my “potty mouth” just last week. My oldest, Eddie, and I were in the kitchen of my mom’s house having a “fuck them” and “that politician can blow me” conversation. My older boys cuss as much as me. Our very nice, middle-aged, family friend was horrified, and I was honestly shocked she would object. When she gave me a “tut tut” about it, I was very polite; however, all I could think was “screw off and raise your own kids.”

“I don’t want to be an “enemy” of Christianity, but the faith has been weaponized and politicized, and I have no choice except to do battle against it. I’d rather the entire debate of the role of Christianity in public life just went away, because I’ve got better things to do.”

“As an atheist myself, it doesn’t hurt my feelings to see Christianity reduced to such a pathetic state, but I feel a twinge of sadness for sensible Christians, those who might even support gay rights.  Their religion has been hijacked by fundamentalists who’ve turned gay marriage into a battle between the forces of good and absolute evil.  This dichotomy leaves no room for compromise, and Christians of conscious are going to have to find a way to take their religion back or it will be forever diminished.”

“The Tea Party thrives on blue-collar “common sense” that is composed of a combination of ignorance, superstition and fear.”

“Contrary to the bizarre religious posturing offered by Linus in the classic “Peanuts” special, Christmas is not about Jesus. Not for a sizable minority of us. For most of my life, Jesus has been a bit player. Over the last few years, a cottage industry of Christmas pushers and religious fundamentalists have manufactured a list of penalties and prohibitions to dictate how each and every American must celebrate the holiday. Christmas has become about religious coercion.”

“There is no better example of extremism and hopelessness of the white working class than the current standard bearer in the GOP primary. Donald Trump leads with less-educated, working-class white people—the same group that is driving the increased mortality overall. Like a half empty bottle of Scotch, they are reaching for Trump out of desperation, outrage and xenophobia, because they have no idea what else to do. Their jobs are gone, wages are flat and the very idea of building a middle class life with a high school education is folly these days. Thus they have turned to ever more extreme rightwing politics, and with every win things only get worse. They keep going further into crazy town in desperation for a savior—a search that leads inevitably to someone like Trump.”

“If I were made president tomorrow, I’d immediately release from prison any person convicted of a nonviolent drug crime, even dealers. The prosecution of these people has nothing to do with crime and everything to do with the class from where they originate.”

“I absolutely love deconstructing the pretentiousness behind weddings and “state-sanctioned” marriage. The government and religion have joined forces to make marriage what it believes it should be, rather than what works for individuals. Gay men and women, long term cohabitates, atheists and many other kinds of couples need to be freed of this government / Jesus imposed load of horseshit. I was beyond honored to be a small part of deconstructing what has become an oppressive ceremonial cudgel. And it was a beautiful service in its own way—all 30 seconds of it.”

Folks, this is just a tiny bit of what’s out there.

Is the type of person you want having control over you and your family?

It certainly is not for me. That’s why I’m voting for the incredible Jeanne Herman.

Vote For Jeanne Herman for the love of yourself and family.

Mariluz, Lockhard, and Lyngar are all endorsed by Planned Parent Hood.

All are running for Washoe county commission.

According to the Nevada Globe, to receive the nomination each of them had to:

Nevada is one of only three states that require parents to affirmatively “opt-in” their children before they can participate in sexual health education classes.

Folks, we can’t support these people.

Instead, We must Support these incredible people for county commission:

Vote for Herman, Myer, Clark, or get the county you deserve.