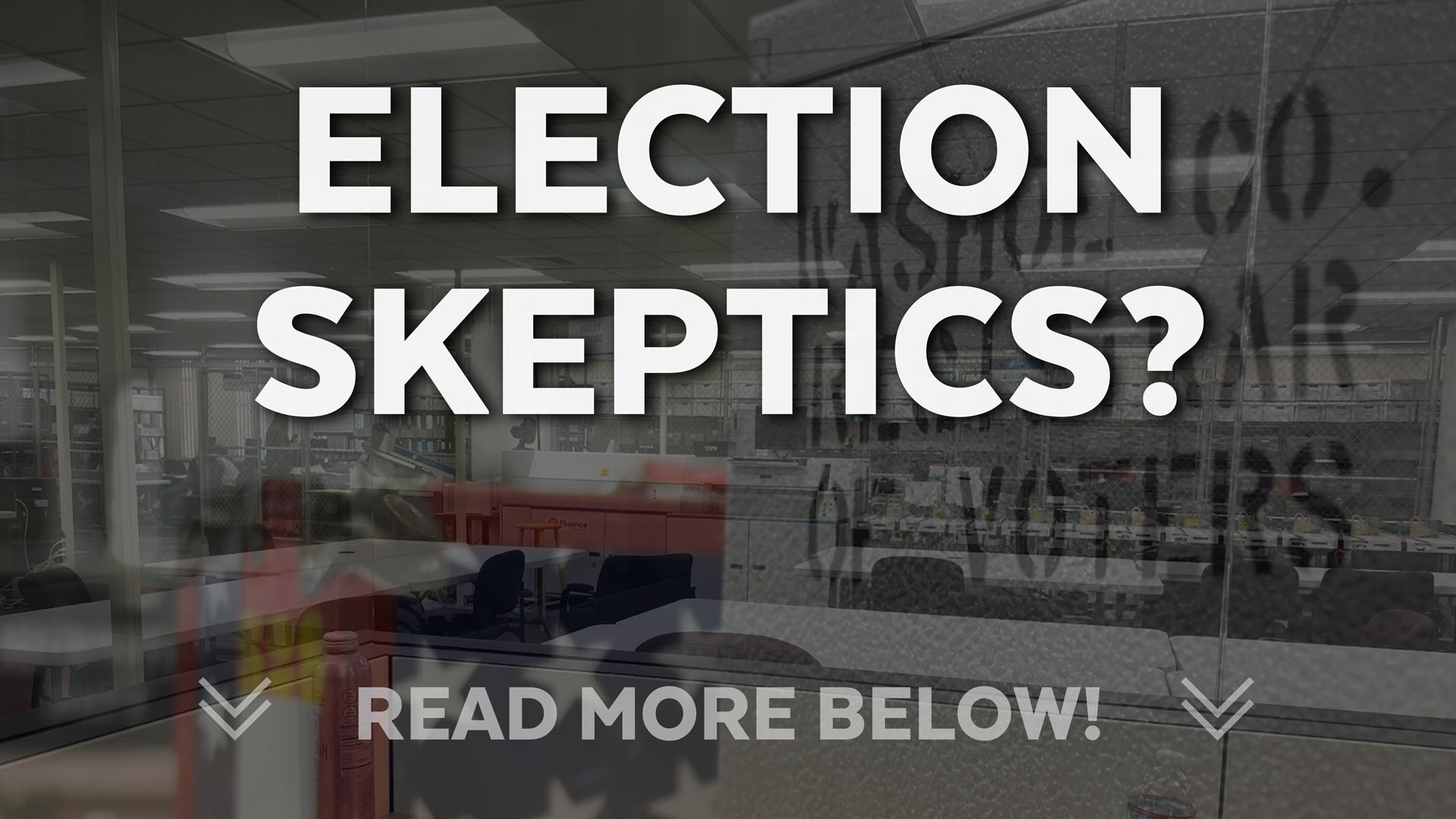 Is this the new term for election deniers?

Is it because 83% of us believe we have election issues?

Or because Trump is suing CNN for half a billion dollars?

Or because something like 300 candidates or officeholders say there are election issues?

People are waking up.

Even on social media, we see people like Metaxas speaking out. 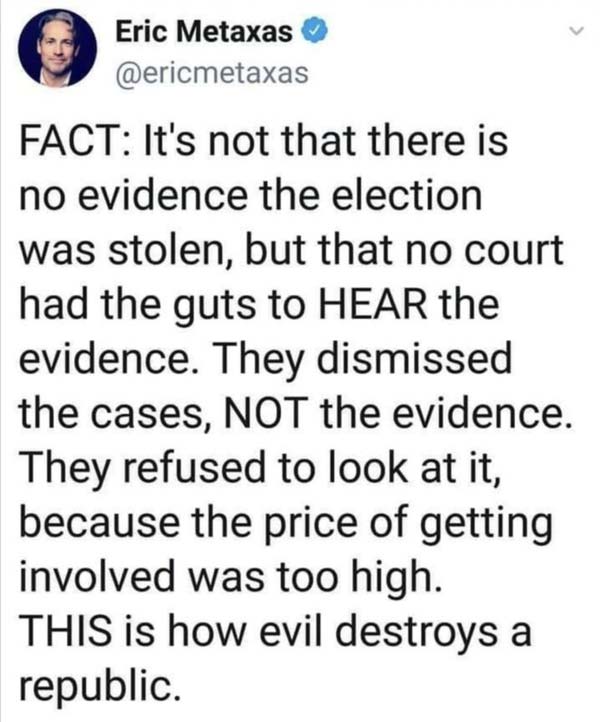 We see time and time again that the evidence isn’t allowed to be heard in court.

We see the court system fail us time and time again.

It’s revealing to so many now how compromised our justice system is.

Did you see the Danchenko trial?

People are waking up to it.

We see the press constantly call us deniers when we are the majority.

They’re scared we know what they’re doing, and they hope we stay quiet.

The press never calls out these people as deniers or skeptics.

The press is mostly controlled by 5 corporations who all are in bed with the left.

It’s all narrative by the so-called media.

They censor, cancel, libel and slander us. If we’re crazy or wrong, why waste time on us?

Why don’t they do the same with bigfoot believers?

Do they attack them? Nope.

It’s because what we’re doing is working. We’re waking people up to them.

We ask questions, we don’t get answers, and we get called names instead.

I personally want to know where all the printed ballots of Washoe County went.

They have printed them now 3 times at least!

Where are all the misprinted ballots?

I’m sure I’ll be libeled and slandered for asking, but it’s a legitimate question, don’t you think?

Recently the so-called local media went on a full-blown propaganda, libel, and slander campaign against me personally.

I said yesterday we would wait until after the election to pursue them legally, but my attorneys are furious and are suing them all now.

So I guess Trump is suing CNN, and yours truly will be suing at least 3 local companies.

It’s time there are consequences in the wallet of these so-called media outlets.

We see we went from election deniers to skeptics, and soon we’ll see what happens to the so-called press for libel and slandering us all when we have the facts on our side.

Stay tuned for that.

In the meantime, make sure you are a part of the election process, become an observer, work the polls, watch the drop boxes, and have your phone on you.

Video and photo everything you can in legal areas.

If there is something illegal or suspicious happening, capture and report it.

Let’s do our part in legally safeguarding our votes.

America isn’t going to vote for these people burning down our Country. If we have a free and fair election, we’ll take it all back.

Do your part, show up, observe, and report…….

And for the love of God, vote this way on election day:

On Election Day, fill out your mail-in ballot with a BLUE BALLPOINT PEN.

FILL IN THE BUBBLE COMPLETELY, DO NOT CIRCLE ANYONE’S NAME

Free for 9 more days, make sure you see what the NIH, CDC, FDA, Fauci, and others don’t want you to know here:

Another example of how we skeptics we’re proven right yet again.

If this doesn’t wake you up to what we’re up against, nothing will.