Turd in the River 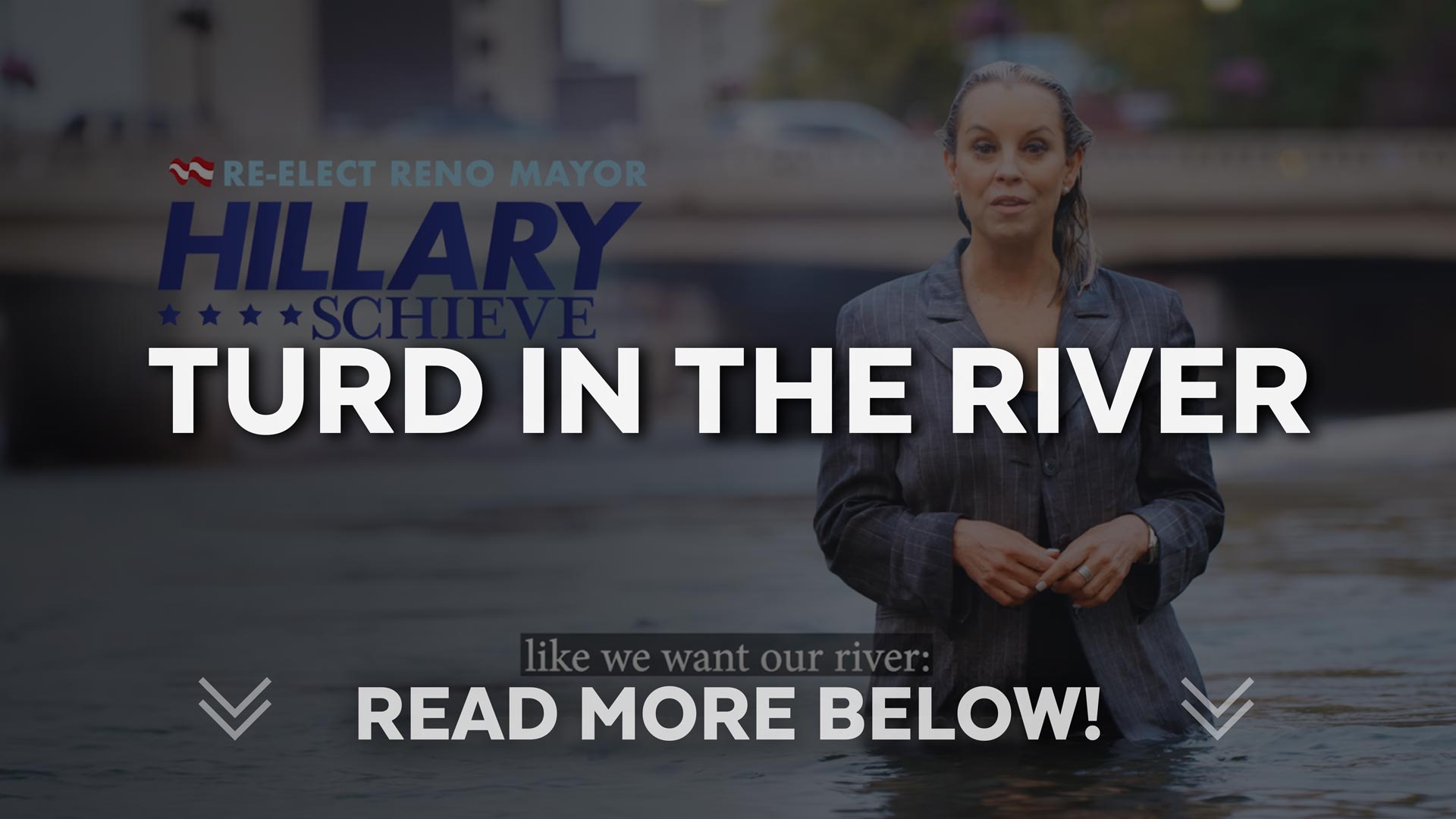 Over the last century, our Truckee River has been known for many things.

We saw in the early 1900s that the Truckee was known for divorcees chucking their wedding rings into the river after their divorce.

It’s been known for its incredible fishing, boating, and tubing, as well as being a source of water for life.

Now we see it turn into a literal septic tank.

We see the homeless using it for bathing, doing their fecal and urinary business, and even dumping their trash and needles into it.

We now see the woman who has helped turn our city into a literal turd using the Truckee for a promotional video.

In this video, Hillary Scheive, the failed mayor of Reno, who wants a raise and promotion, spends an entire day trying to find the right place clean enough for her campaign video.

Where this turd, named Schieve further, pollutes our river with her presence.

So, on our dime, she spends the day shooting this video, then tries to explain how her failures, people point to, are somehow dirty?

How did this turd become worth over a reported 10 million dollars on a taxpayer paycheck of $105,000 per year?

Sorry Hide’n Hillary, on your watch, our city has become the literal turd emoji. Almost no one wants to go downtown, let alone come from out of state to visit. You have failed OUR city. Now you pollute it further?

We’ve heard stories of where you’ve been, and now we all have to worry about using the water even further.

We might need a plunger. It’s a big turd.