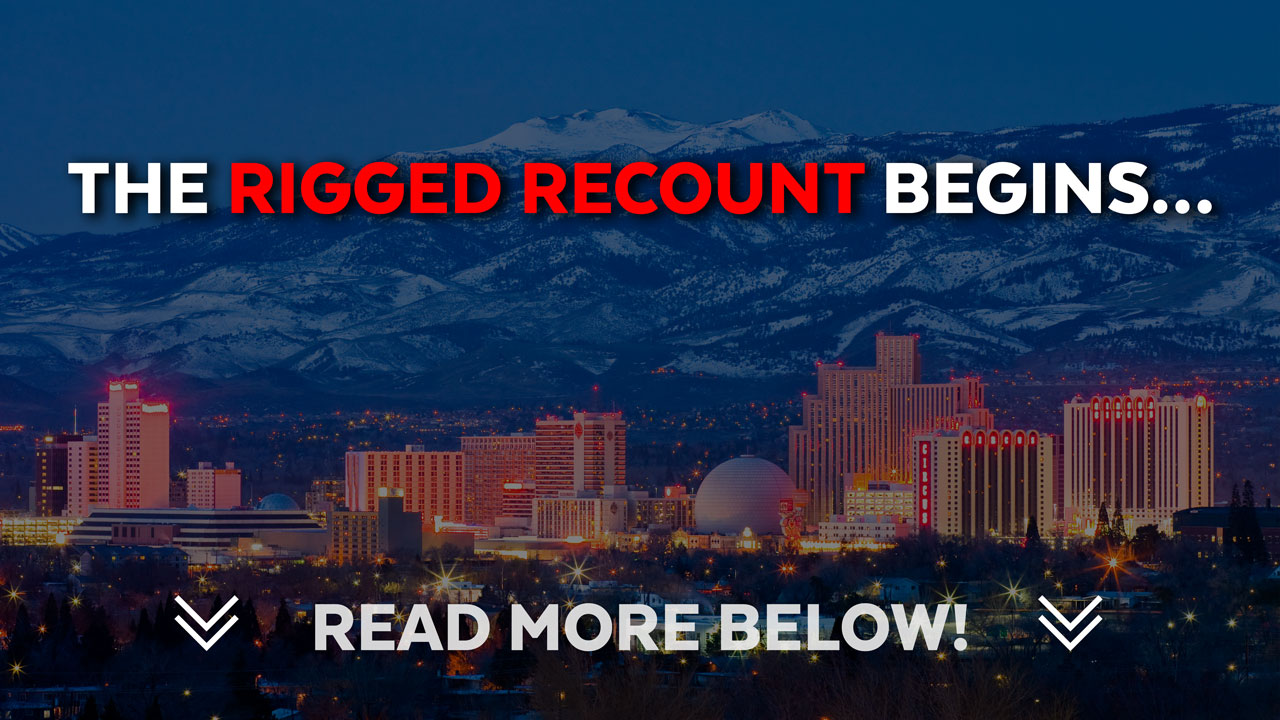 In science, to prove a theory as fact, you must hold experiments—In which multiple tests are done to prove a scientific fact.

To prove gravity, you would drop a bowling ball, feather, car, etc., do some math, then prove that via these tests to conclusively prove there is gravity.

One wouldn’t just drop a bowling ball once to confirm it and twice to make it a scientific fact. Instead, they would use multiple tests.

Not with recounts in Nevada. If we are using the same broken election system once to cast and announce our votes, then again to recount them, it will show the same or worse result, period.

They hope you are too stupid to know this.

Today, Joey Gilbert filed a statewide recount, in which a hand count recount is requested, not a broken election system recount.

We know the press will go crazy saying see! Election truthers proceed wrong again!
I don’t know about you, but I prefer the truth.

We had dozens of candidates who wanted to jump on the recount with Gilbert. You would think since the ROV is pulling the ballots for Gilbert, they could easily, while they have ballots in hand or by machine, check the votes for a few other candidates when they come across those candidate’s areas. Nope.

What did we see?

Again, these recounts, if done by the same broken system, will only show the same or worse results.

Well, to contest an election today would be too late unless you do a recount first, then the contest. The contest process itself is again totally rigged against the plaintiff, but that’s for another letter.

Let’s focus on the recount, it starts tomorrow in many smaller counties, and we await to hear when it will start in Clark and Washoe and whether they will allow a hand count audit or hide behind the broken machine yet again.

Our election system in Nevada is beyond corrupt or incompetent at best, as reported here.

Do get involved, speak up, stand up, and demand your vote counts the way you wanted it to. Look at some past letters here for more on this.

Do not be scared of being called names; stand up now for your vote, family, self, and way of life before it’s too late.

Join us tomorrow at 9 AM. We the people need observers in ALL Nevada Counties to observe the recount process, whatever the process might be.

Send an email ASAP to info@gilbertforgovernor.com and let Joey know what County you have him covered in ASAP as he fights for you!

The Nevada Globe just launched its story here, please read and share it as well.