Are Nevada’s elections completely corrupt? Friday will show us! 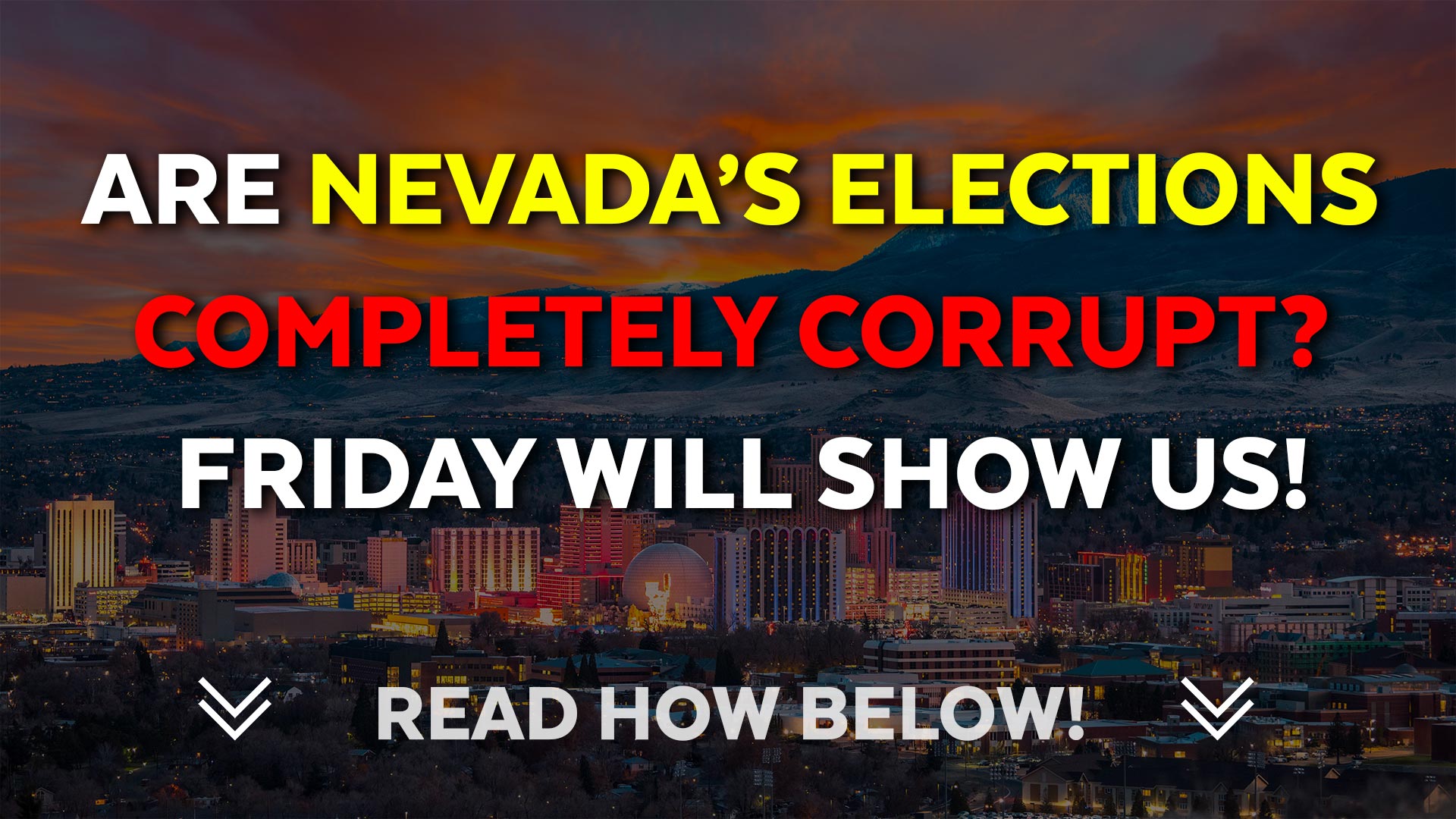 Folks, the Nevada election system is incompetent at best and completely corrupt at worst.

Don’t take my word for it; we have 100s of witnesses and their affidavits, photos, and videos to prove it without question.

What does this mean in a nutshell?

It’s simple; there is NO WAY to legally certify the 2022 primary election in Washoe and Clark County, period.

Today we sent two letters of contestation of the 2022 primary election to the Secretary of State, the Registrar of Voters, each County Commissioner, the DA, and the counsel to each party where necessary.

In these two letters, our attorneys explain some of the basic issues that make this election completely non-certifiable. Mind you, this is just a taste of the evidence, facts, affidavits, etc., many affidavits etc., have already been sent to the Secretary of State prior to the pre-contestation letters. These two letters went to Washoe County and Clark County representatives.

See the letters for both counties here:

If you read the letters or the key points, you will quickly see this election is beyond certifiable. It would literally be a crime to certify this election.

We have documented almost everything from inside the ROV, to the polling locations, and observed from outside these locations as well. Our teams were everywhere. Our teams documented all the corruption or incompetence; there is no way to certify this disaster.

These facts and findings are ALL pre-data releases; in other words, we haven’t even started to show you the corruption or incompetence in the actual vote yet; you’ll definitely want to be seated for that release.

So now the question is will they sell us out or do what’s right and constitutional?

We will now see at every level if these people are Constitutional or Corrupt. We will see it in both counties from the ROVs, the commissioners, and lastly, the Secretary of State.

Will they remember that they are our servants? Or will they play as rulers and tell us to sit down, shut up and look away?

Show up Friday in Clark County, as well as in Washoe County to the board of county commissioner’s meeting and see for yourself what these so-called servants do. They have all been put on notice of the non-certifiable election. Will they do what’s right and not certify it or sell us out again?

We have options; either way, we will discuss those soon as well in our next letter to you here.
For the people who say, “ok, they don’t certify it,” then what?

For those that say it can’t be done in one day, well, it used to be! Remember those days back before covid? Even in Washoe, they are allotted six weeks to process the election, yet they processed 38k ballots it appears in one day! That was using a skeleton crew of what looked to be a traveling circus of state liberals too! Where were the equal representation and state workers as per the NRSs?

We can do this in one day; instead of using 12-24 so-called temp workers and staff, we have over 4,000 volunteers in Washoe County alone! They again can easily work the convention center; there they simply issue in-person ballots, legal voters vote, and citizens and ROV staff count votes. Winners are declared that night!

We shouldn’t have to do this, but with an election like this, our servants must serve the people and ensure our elections are honest and transparent.

For those that say how do we fix this long term?

This would save the State tens of millions of dollars and give every Nevadan confidence in their vote counting correctly.

Show up and see if our County Servants sell us out or stand up for us.

Be there, and stay tuned. This is far from over!

For those saying our candidate won, what are you doing! To them, I say, maybe they squeaked by the primary, but most likely, this incompetent election system will take them out in the general. Let’s right the wrong now, fix the system now, so we have confidence in our general election. It’s up to GOD and us, do not stay quiet, do get involved, NOW.

These thoughts, statements, and opinions are my own, not of any club, committee, organization, etc