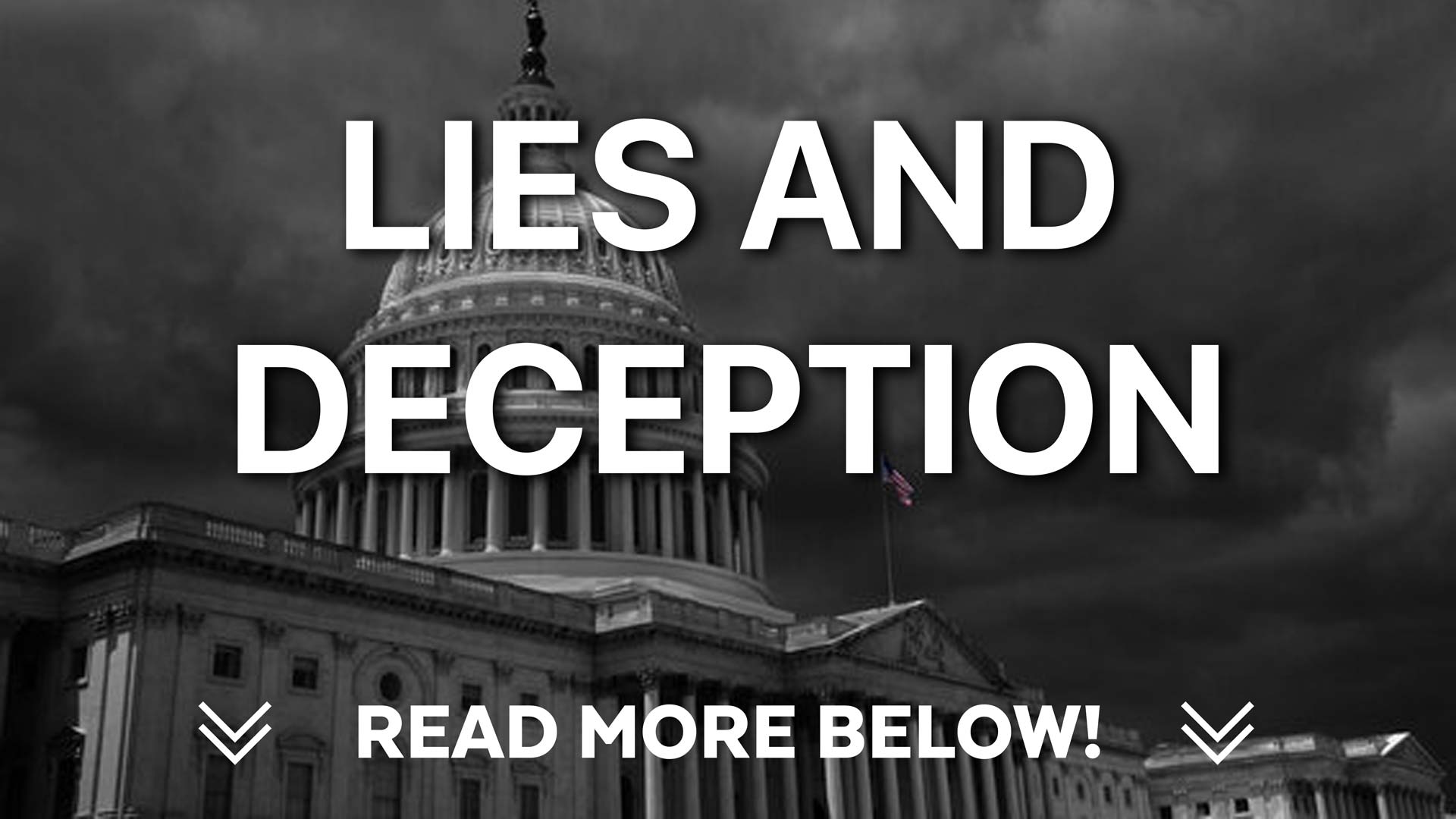 It’s crazy when you have a discussion with some of the kids nowadays. What they are being taught in school is criminal. Instead of learning about things that are important for their success in life, they are taught to keep themselves down, blame others, and blindly follow the government. It’s sad and criminal.

Did you know that it’s actually illegal to teach socialism and Marxism in schools? It’s true. It violates Articles 3, 6, Amendments 5, 9, and 13 of our Constitution. It’s not just a crime. It’s a felony. But I digress.

These kids are being taught that they are victims and oppressors instead of things like where money comes from, how inflation works, what our Constitution says and means, how to be healthy, and how socialism only benefits a few at the expense of many others.

What these kids, and sadly too many adults, don’t realize is that our government lies to us. The government is typically the arsonist and the fireman, the problem and the solution. They create these horrific issues and then blame them on something or someone else, and then usher in new laws, regulations, etc. to keep us “safe” from it happening again.

Have you seen some of the latest numbers? We are now approaching one trillion dollars in interest payments per year to the Federal Reserve. Do you understand how money works? Our Constitution gave the Treasury the power to coin money, but in 1913, Congress unconstitutionally gave that power away to a private company with unknown owners, who print the dollars called Federal Reserve Notes, not US Treasury dollars.

This is unconstitutional. Every time this happens in countries, the prosperity of the people has been stripped away, and enslavement takes hold. People work excess hours every week to pay off debts created by an unconstitutional act and process.

Henry Ford said it best, “It is well enough that people of the nation do not understand our banking and monetary system, for if they did, I believe there would be a revolution before tomorrow morning.”

So again, one trillion dollars a year to be paid in interest to a private group of people is unconstitutional. This is completely unsustainable, yet no mention of this in classrooms. No mention of how inflation comes from this very process! How these private bankers print the money that dilutes the rest of the money supply, causing inflation, meaning the dollars in your wallet lose more purchasing power each and every day.

Do you realize that the government continues to print money, never budgeting properly, never accounting for where all the money goes, and then just prints more money to cover their buddies’ debts, extravagant lifestyles, etc., all on our dime? Do you realize if we ran our business like this, we’d be in jail.

They just print more money and kick the accountability can down the road for the next sellout.

They have no intention of ever stopping this. This is how they suck the wealth and success from one country and give it to the few people at the top, who then decide how the world is supposed to “be.”

Look at the pandemic. The government shut down the US, costing billions in lost wages, countless Americans relied on credit cards with massive interest rates to live, and countless businesses shuttered, never to reopen, all in the name of safety. Numerous whistleblowers have shown that the pandemic was created, in part, by our own government and then the vaccine, which is not a vaccine. They own half of the patent as well! So the government creates the problem and then ushers in the solution.

Never in history can I find when power is taken by the government, then given back. They only give it back with the people revolting in some manner. The pandemic has changed the world. It’s far from over. Why? It’s so profitable for the few at the top. Look at what they are discussing in Davos. How to shut down counterarguments through censoring, canceling, and blacklisting, how to hinder our movements due to climate change, and how to prepare for the next round of a bioweapon variant. How they intend to inject mRNA in our livestock so that the “vaccine hesitant” will get the bioweapon whether they want it or not!

This is all documented. You can find it all. I’d link to all of this, but I’m trying to get this letter out to you. I’ve been slammed the past couple of days. Sorry for the lack of letters, but back to my point.

The government creates the issues and then tries to sell us its solution.

If you look at the vaccine, it’s really a bioweapon. God only knows how many have died from and will die from it. Just google “died suddenly,” look at the record profits morticians are making, and look at this article here:

50 million people with heart damage? How in the world are these people not in jail? How are they getting away with this continued push for more?

Thank God people like Tom Renz and Joey Gilbert are, or will be, suing the government and pharmaceutical companies for this and Remdesevir treatments.

The level of evil being done to the uninformed is horrifying. This is our government.

In fact, many studies now show that only 17% of Americans feel the country is heading in the right direction.

We see, even on Tucker Carlson, that the government was behind the assassination of Kennedy. Why? Many believe it was because of Act 1111, which he had installed, that abolished the Federal Reserve and gave the power of coinage back to We The People.

We also saw the letter the FBI sent Martin Luther King, where they gave him 30 days to commit suicide, or they would smear his name. Again, the government is suspected of having assassinated him as well.

Folks, you can’t make this stuff up. The level of tyranny that many are now seeing for the first time from our government must not be left to apathy. It must be called out.

If they’ll knowingly kill millions via a bioweapon, steal our wealth and lives through the theft of our currency, and murder activists and people trying to expose them, when will they stop?

Do you think if they will do the above and so much more we could discuss, that they won’t steal our elections to ensure their people keep the game going for them? Or partner with media and social networks to silence us? Or teach our kids the most unimportant and destructive things to keep their game going and keep the potential uprisers to a minimum through ignorance?

Folks, turn off the TV, pull your kids out of public schools, home-school or send them to church school. Get with like-minded folks and start exposing these evils before the evil takes you and your loved ones.

The time is now.

Spread the word, do not be silent.