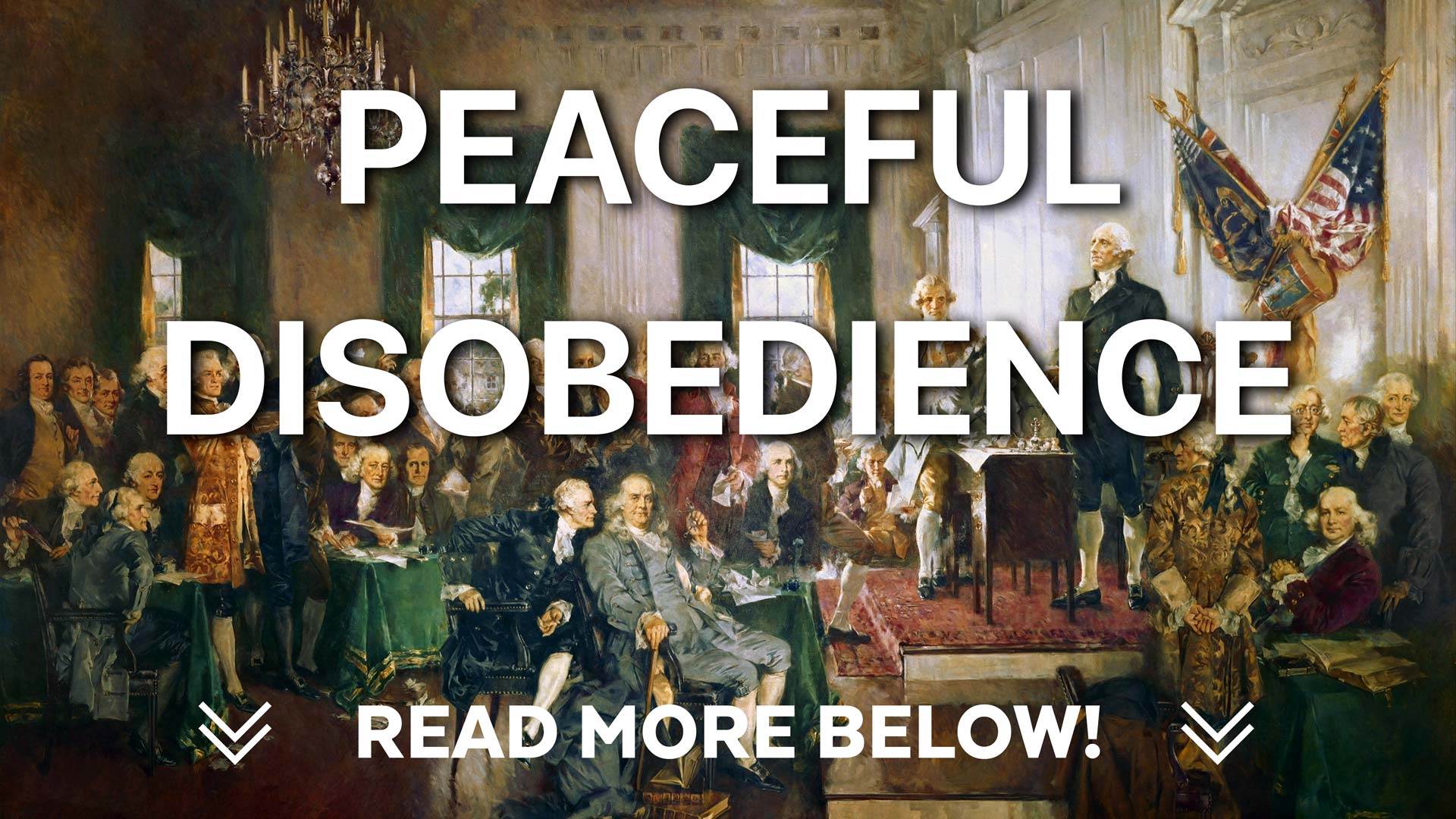 Disobedience = a resistance or defiance towards authority or rules set in place.

You may or may not have seen the governor of the US Virgin Islands (no pun intended) fire the attorney general. It came days after the AG filed charges against JP Morgan for its alleged connections and a blind eye turned to Jeffry Epstein, his Island, and what allegedly took place there.

Is it a coincidence that no high-ranking people have been brought to justice?

Is it a coincidence that the Epstein list of who visited the Island and allegedly committed atrocious crimes has never been revealed?

Is it a coincidence that Joe Biden was in the US Virgin Islands around the same time this all went down?

Is it a coincidence that Joe Biden told us they have created the most extensive and inclusive voter fraud system the country has ever seen?

Is it a coincidence the majority of Americans believe our elections are rigged?

Is it a coincidence that most of our so-called elected public servants keep doing the opposite of what We The People want?

As Emma Bull told us, “Coincidence is the word we use when we can’t see the levers and pulleys.”

I think we are all now seeing the levers and pulleys, and it’s time we throw a peaceful wrench in their workings.

As Americans, it is our duty to uphold the values and principles upon which our nation was founded. This includes defending our God-given rights and liberties, as well as holding our leaders accountable to their oaths of office. When our government fails to fulfill these responsibilities, it is necessary for the people to exercise their right to dissent and demand change.

As Thomas Paine famously stated, “The strength and power of despotism consists wholly in the fear of resistance.” Disobedience, in its various forms, can be a necessary and powerful tool in the face of unjust or harmful authority. When the rules or authorities in place go against our values or the well-being of society, it is important to resist and challenge them. In such cases, disobedience may be justified, even if it means peacefully breaking laws or going against the status quo. As Benjamin Franklin said, “Rebellion to tyrants is obedience to God.” It is important to carefully consider the motivations and implications of our actions, however, as disobedience can also lead to negative consequences if not done responsibly. On the other hand, blindly following authority can also be dangerous, as demonstrated by the famous Milgram study. The Milgram study, which explored obedience to authority, showed how easily people can be swayed to perform actions that go against their personal values when told to do so by someone in a position of authority. This highlights the importance of questioning authority and standing up for what is right, but also the need to be mindful of the potential consequences of disobedience.

As George Carlin pointed out, “Think for yourselves and let others enjoy the privilege of doing so too.” It is crucial to question authority and stand up for what is right, even if it means going against the norm. In conclusion, disobedience can be a necessary and powerful tool for bringing about positive change, but it is important to carefully consider the motivations and implications of our actions. As Thomas Jefferson stated, “The price of freedom is eternal vigilance.” It is up to We The People to hold our leaders accountable and ensure that they are upholding their oath to defend our country and our values. It is time for us to take a stand and take back the power that rightfully belongs to the people.

John Adams declared, “a Constitution of Government once changed from Freedom, can never be restored. Liberty, once lost, is lost forever.”

Many people sell hope-ium, I give things to you straight. Many love or hate me for this very fact.

The bottom line is to quit waiting for someone else to do for you what you must do for yourself.

It’s time we peacefully remind these so-called servants who they work for. ASAP.