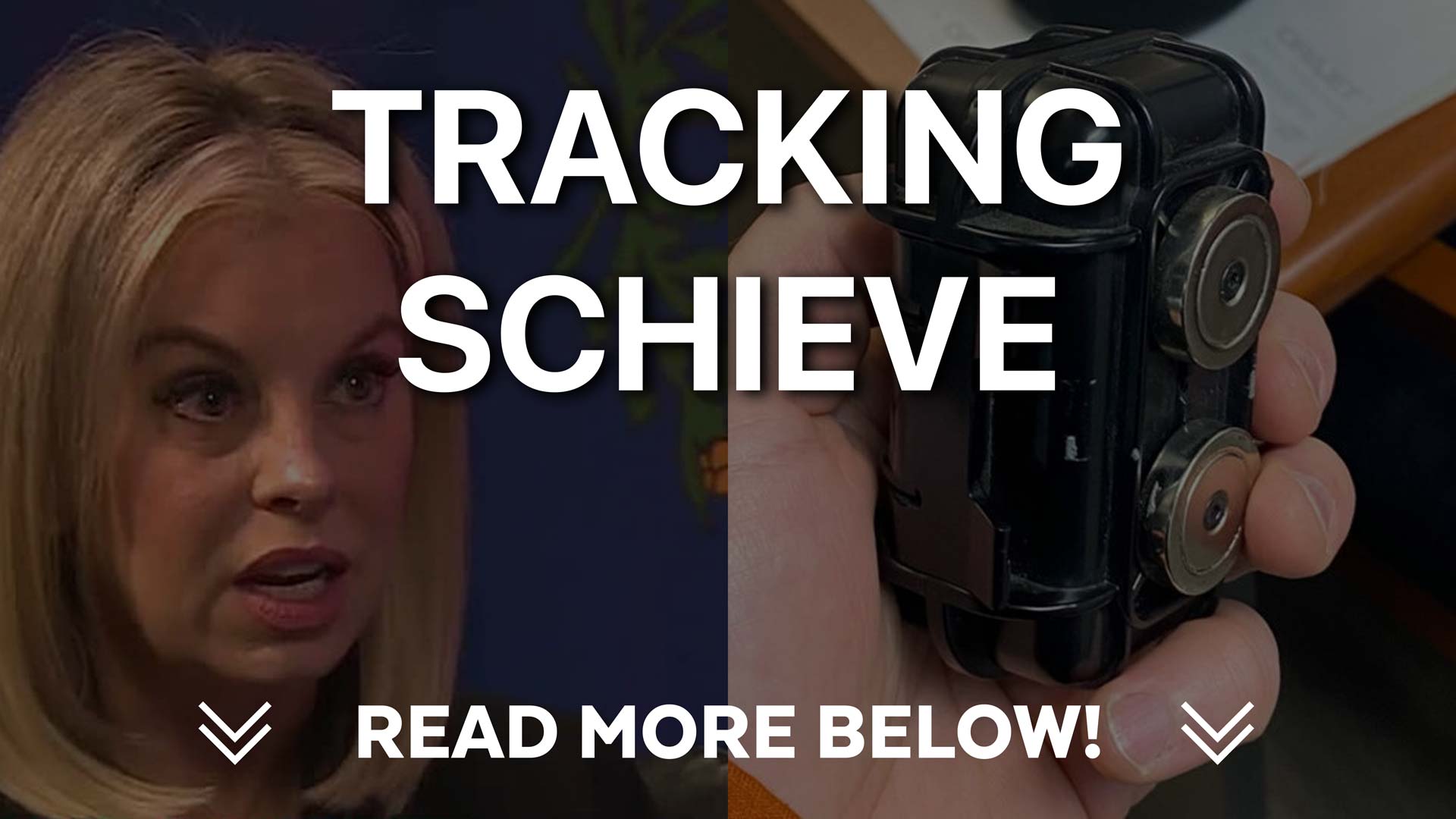 A month ago, we heard that Hide’n Hillary Schieve located a tracking device on her vehicle.

She played the victim card to the fullest. National press coverage was all over her sob story and then crickets. Nothing. Threats of a lawsuit, a lawsuit shown on a local website that may have already been filed? Where is it now? What’s the status? Why does it matter?

Today we received an anonymous packet of information, including a police report. Not just any police report but the Sparks Police report that documents what transpired.

It includes interviews with law enforcement, the private detective, and Hillary Schieve.

After reading those allegations against her, one might say she’s playing the victim card to cast shade on the allegations that potentially led to her investigation.

But I digress. Back to the police report, you know what it shows? It shows the Sparks police department told Hide’n Hillary three times that the private investigator CAN lawfully track her. Law enforcement CAN NOT lawfully track a person without a warrant. 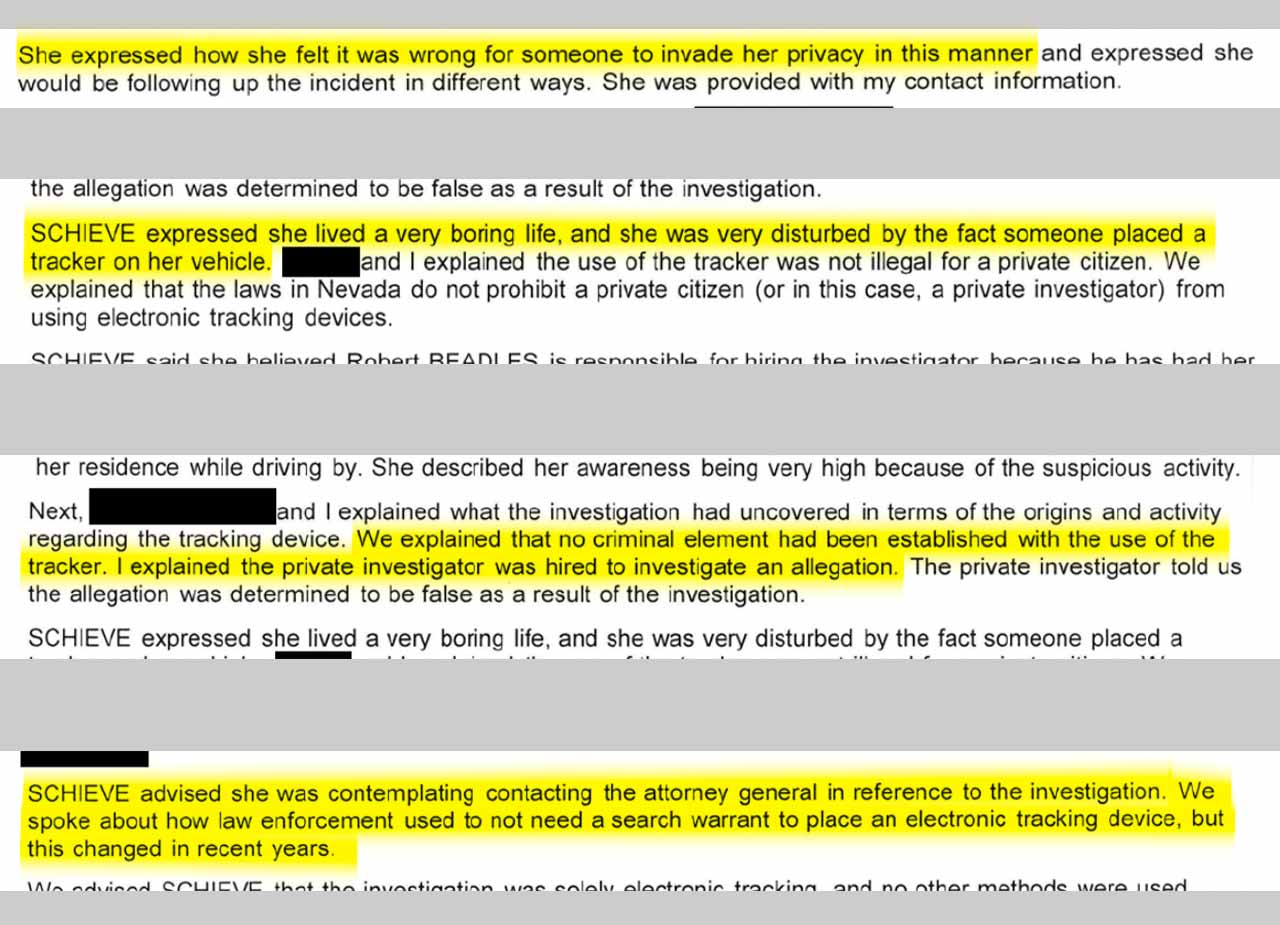 Meaning this private investigator, who appears to have served in the military and as a prestigious law enforcement officer, and as a trainer of law enforcement agencies for decades, did nothing wrong.

Law enforcement told her as much. She then states she may send this to the attorney general as well! Citing her feelings over facts that have been hurt and are at stake. Will the AG oblige her if asked?

Now I personally talked to three private investigators, three attorneys, and even 3 judges who all say this private investigator did nothing wrong. In fact, he states he placed the device in a public place, NOT trespassing, as Hide’n Schieve appears to have falsely stated.

Oh boy, so not only was Hillary told that no laws were broken, but the slander, the loss of business, and the loss of reputation that this war hero and supercop has been subjected to is going to be fire!

Schieve appears to have abused her power. Had things done, no citizen could have done, call in favors, no citizen can call in, then filed a frivolous and slanderous all-out media campaign and lawsuit against Mr. McNeely.

I wonder how many of her friends or people that did things for her here that were unethical and potentially illegal are going to hang with her?

Now her attorneys are no joke. The Carano’s are a local and statewide top-tier law firm. I can’t believe for one second they would file a frivolous lawsuit on her behalf if they had a copy of this police report right here: https://operationsunlight.com/wp-content/uploads/2023/01/Redacted-Case-No.-22-08812-12_5_2022.pdf (or click the image below). 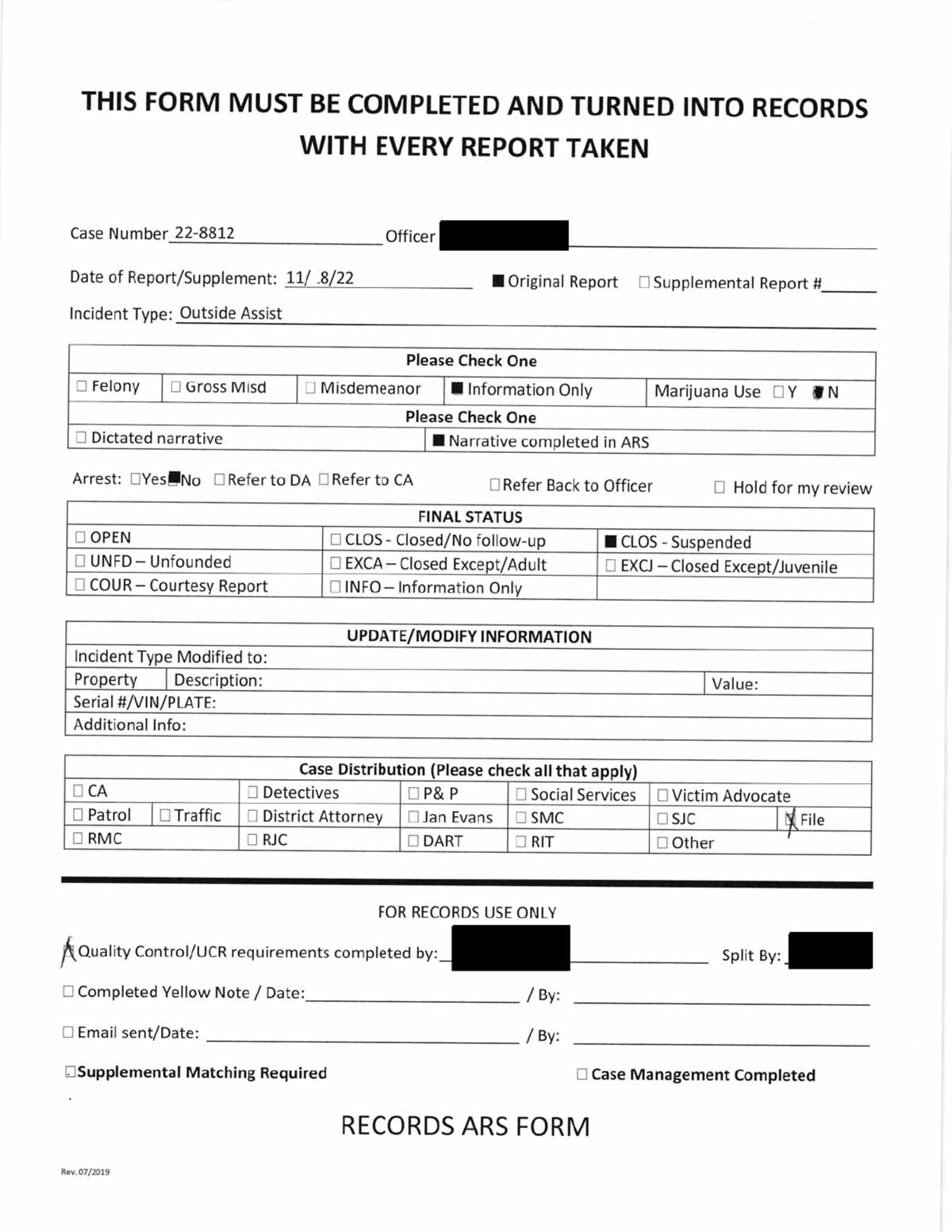 So if they didn’t have a copy of it, and now they do, I’m very curious to see what happens. No trespassing occurred, no harassment occurred, no stalking occurred, and in fact, everything this supercop did was 100% legal.

So, will he sue the crap out of everyone, agency, etc., involved? I sure hope so, and I’ve even sent messages saying we’re happy to help him in any way legally possible as well.

Well, you remember I was thinking of offering rewards to anyone who can show corruption with our so-called elected officials, but our legal team recommended against it. So instead, we opted to use professional services to dig into allegations of numerous people throughout the county and state.

What have they found? Ewww weee! You wouldn’t believe me if I told you but don’t worry, we will soon enough 🙂

As to why would I help this super cop? A term known as discovery. In the court process, all the reasons this person would have been hired will come out, the dozens and dozens of people who have made allegations against her can come out, and so much more.

Besides, Hillary mentioned me by name in the police report. I’d hate to let her down.

So, our team will be helping him in any way legally we can, and I can’t wait for all of you to finally see why Hillary is really Hide’n. Why allegations made against her all come from very well-known, prestigious people that are going to be very difficult to slander like they did this supercop investigator and war hero.

I don’t know who is paying Hillary’s legal bills on this, but that will be discoverable as well. Additionally, I wonder how many millions and millions of dollars this will end up costing Hillary and the various agencies.

Additionally, through discovery, if just one of the allegations is found to be true, how does she keep her job and stay out of jail?

This is so interesting. I can’t wait to see how this all unravels!!!!

In closing, it’s hard to contain my excitement, and thank you to whoever sent us the police report!

Hillary didn’t win her election. Eddie Lorton did. Hillary seems to have some powerful partnerships. I wonder how many will come out through all of this 🙂