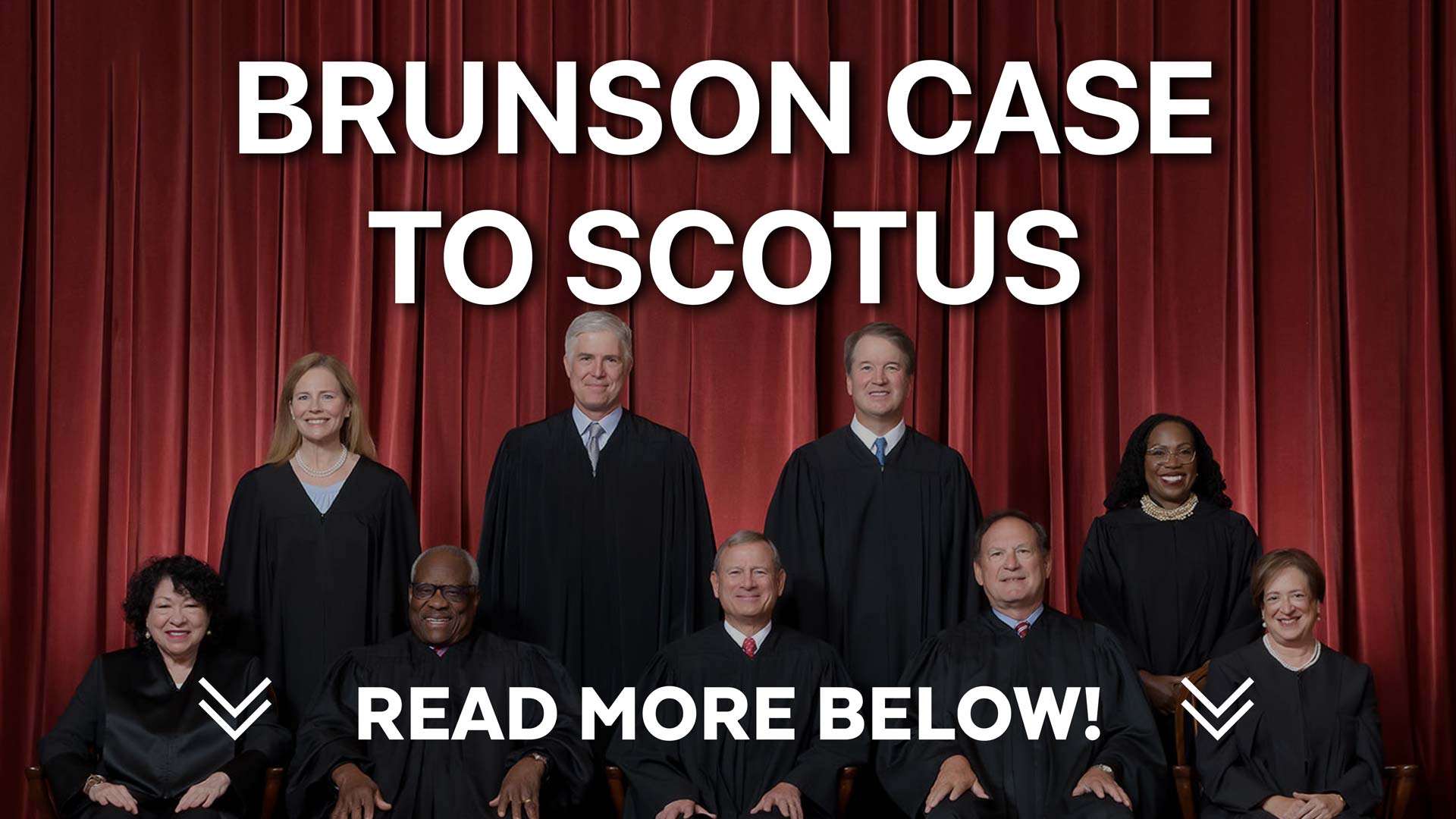 Good morning folks, January 6th is approaching, and we all need to do our part described below.

It’s the 2 year anniversary of when we saw law, order, and our Constitution all betrayed by so many of our so-called elected servants.

From potentially as soon as today until the 6th of January, we may very well see SCOTUS work on behalf of We The People.

The Brunson brothers have made it to the supreme court with their lawsuit. See all the updates and information here:

What could this mean if SCOTUS decides to act following their 2 oaths to the Constitution?

First, they could do nothing. At that point, we will know we no longer have a constitutional republic and, most likely, a country. Not ideal, right?!

Second, they could act and follow their oath. If they follow the constitution and the remedies outlined in the lawsuit, you could see the government completely change, a complete reboot, a constitutional purge from the office of president to nearly 400 congressional seats, and so much more. Sounds pretty good, right?! Far fetched? Maybe…

As you know we have been sending supporting documentation alongside the Brunson case and have created 2 additional petitions parallel to it. Many of your affidavits and letters are supporting this landmark case. If this case is successful, we could all literally get our constitutional republic back. It’s very exciting.

This is not to be taken lightly, nor is this political in nature. It’s a constitutional “thing,” not a political “thing”. Republicans, Democrats, etc., could all find themselves jobless and additionally finding themselves in the court system, individually, on charges as high as treason.

The reason I stated early in this letter SCOTUS could act as early as today if they so desire is because this has been filed under an emergency motion 11 clause in which it’s of grave danger to our national security that they act immediately.

This case goes to show you how much you have to do to get to SCOTUS and how ultimately, it was without attorneys. It was filed pro se by the Brunsons as individuals.

It shows how flawed our justice system truly is and how it’s now up to SCOTUS to save our country or put the last nail in its coffin.

If you haven’t read the case, I strongly urge you to do so now.

It’s essentially a course in the constitution for all, what it means, and what the responsibilities of our so called-elected servants are.

It’s appalling how little these servants actually know about the constitution. Even Amy Coney Barrett didn’t know the part in the 1st amendment where We The People have the ability to redress our government!

Imagine how little our city council, mayor, commissioners, etc., know about it!

They all swear to uphold it but don’t even know what it says or means!

This is America’s crash course in the constitution, what it says and what it means. Not some twisted interpretation, an incompetent at best, attorney or judge tries to tell us what it “really means.”

Our founder’s greatest fear was the perversion of the courts, and we see that now at so many levels. The ironic thing is the highest court of the land could save us all.

It is always to have been created for the people by the people for the benefit of the people. Any interpretation that puts us second is completely unconstitutional.

The exact language is the 9th Amendment:

“The enumeration in the Constitution, of certain rights, shall not be construed to deny or disparage others retained by the people”.

This is literally the interpretation clause, meaning nothing is to be interpreted in the constitution to put We The People second and allow our God-given rights to be taken from us or any law created that negatively impacts them.

Think about that for a second.

Think about all the negative implications that arise from this one fact being overlooked by so many lawmakers, judges, servants, etc

From taxes to abortion, to elections, to you name it, our rights have been thrown under the bus because of “interpretations” outside of the 9th Amendment and what it TRULY means!

I strongly suggest you read the constitution and what it actually means.

Maybe this is why civics and the constitution are seldom taught in schools anymore.

Folks, we are at a crossroads, we turn right for liberty, or they take us left to slavery.

Stay involved, peacefully, and support the Brunsons however you can.

Here is a link to their book you can get for $2.50. It covers the constitution, the declaration of independence, why socialism is illegal, and why taxes and the printing of money are unconstitutional as currently done. Additionally, it covers my great uncle Ben Franklin’s tax plan and much more.

Watch videos on what they are doing here:

Send a letter to SCOTUS as shown how here:

Fill out our petition here that supports the Brunsons case in parallel:

Read the lawsuit, read the constitution. It’s all based on the Bible. Understand it, understand the 9th amendment intimately. Once you do, you’ll see the truth and how it’s been hidden from us. You’ll see how almost everything we’ve been dealing with is illegal, immoral, and unconstitutional.

Say some prayers for the Brunson’s protection and for SCOTUS to follow the Constitution for all Americans.