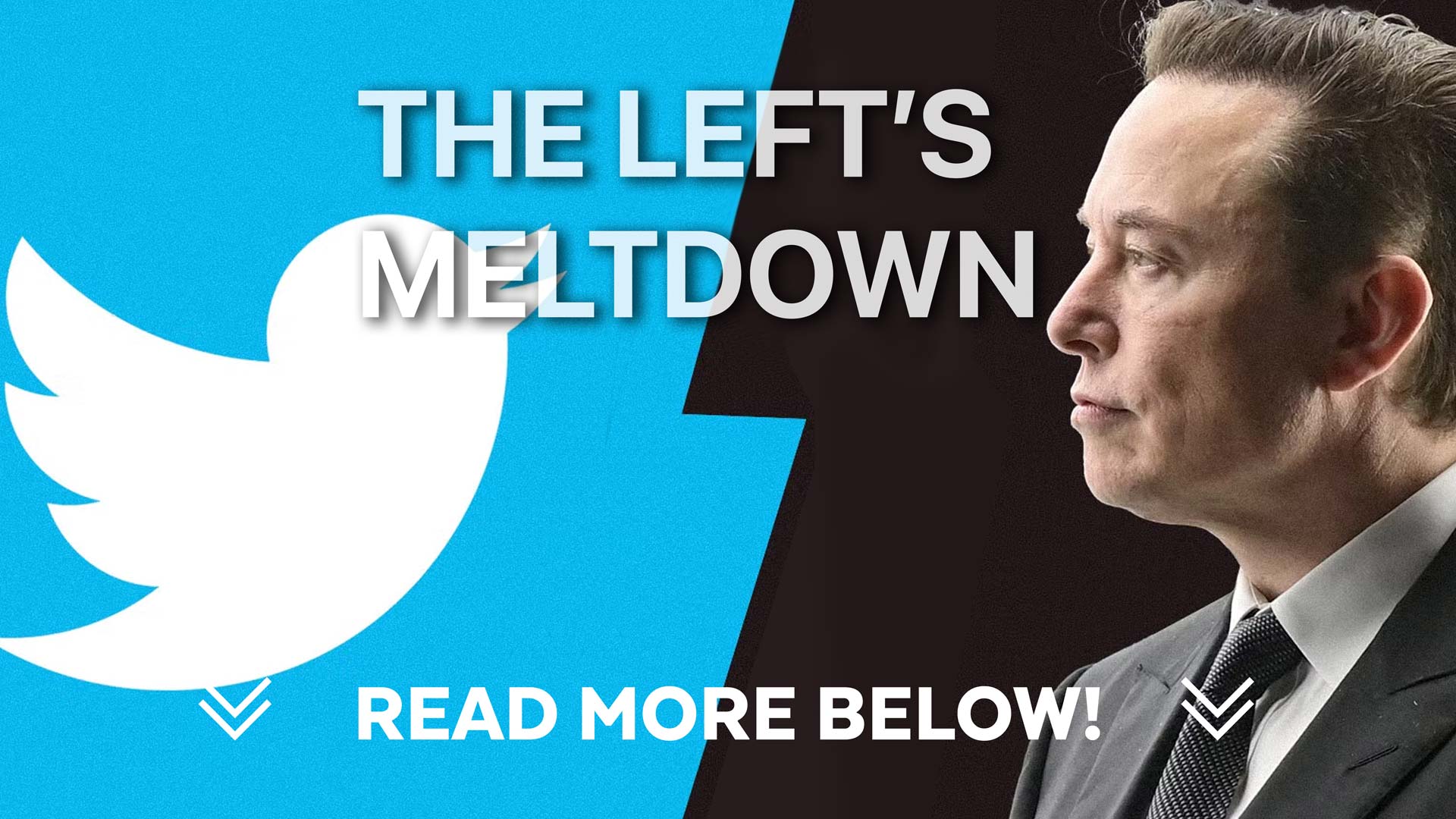 The left is melting down over Elon’s purchase and takeover of Twitter.

It shows how we are truly the majority and how they were massively working behind the scenes to silence and cancel us.

Even Elon says the actions of Twitter were direct election manipulation.

We’re seeing emails and messaging between staff and leadership showing what they were doing to us all.

What we haven’t seen yet is how much hand-and-glove interaction was between Twitter, the mainstream media, government agencies, law enforcement agencies, and such.

That’s what they are terrified about.

They are terrified We The People will wake up to what they have been doing and how we are massively the majority.

This would destroy their entire narrative if exposed.

So what do they do now?

The left does what all tyrants do. First, they attack the person’s character, paint them as crazy, antisemitic, evil, dangerous, etc., then if that doesn’t work, they bring in the government enforcement agencies to try and lock the person up.

When that doesn’t work, they then, as history shows, try to kill the person.

Even Elon is very aware of this and even said so.

If the powers that have locked us down, stolen our country, our currency, our elections, and our funds are exposed to us all, they know it’s a wrap for them.

Twitter is just the tip of the iceberg. Elon is far from a saint, but what is being exposed has them terrified.

Like a cornered rabid dog, they are going to do everything they can to escape. We must peacefully hold these people accountable.

When enough of us are awake to them, and what they’ve done, they will run for the exit. I promise you.

The media can’t be trusted.

You see what they do just to our team. They always say we’re wrong but never prove it.

They make false claims or speak in half-truths and hope you are dumb enough to believe them.

They hope you just read the headlines they publish and never look for the other side of the debate. That’s their dream.

If we ask people to do their jobs and bring up the word accountability, these so-called people, like the past Registrar of Voters, Dianna Spikula, leave and say they are in fear for their lives.

It’s ridiculous, we ask questions, and we get no answers or lies.

Then when we expose it, they call us dangerous, etc. We have always been peaceful and never once called for any violence of any kind. That’s not what the press says, though.

The press says Spikula left out of fear, not because she wasn’t working for We The People.

So she left as the ROV for Washoe County, but in October took the Secretary of State elections specialist job? 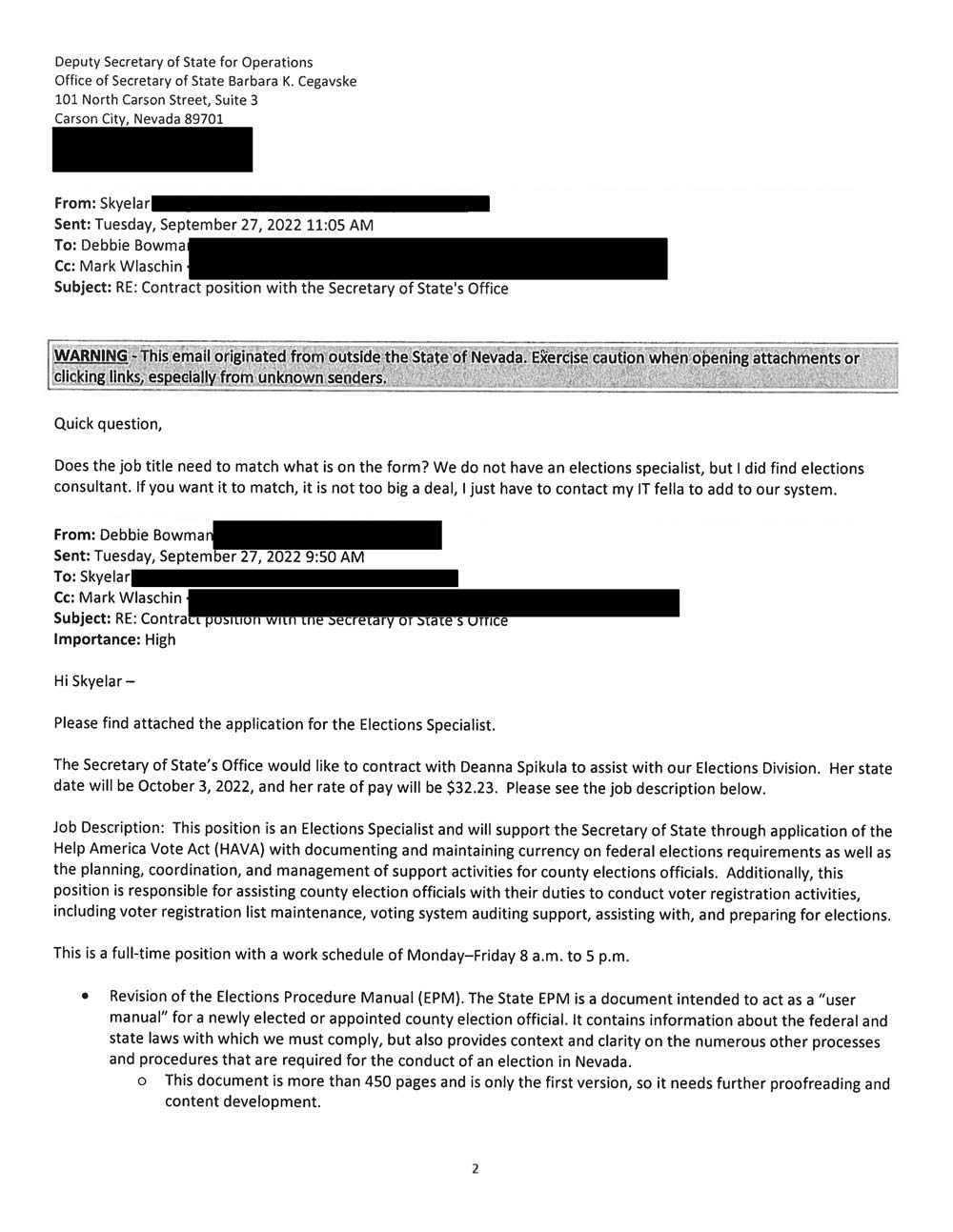 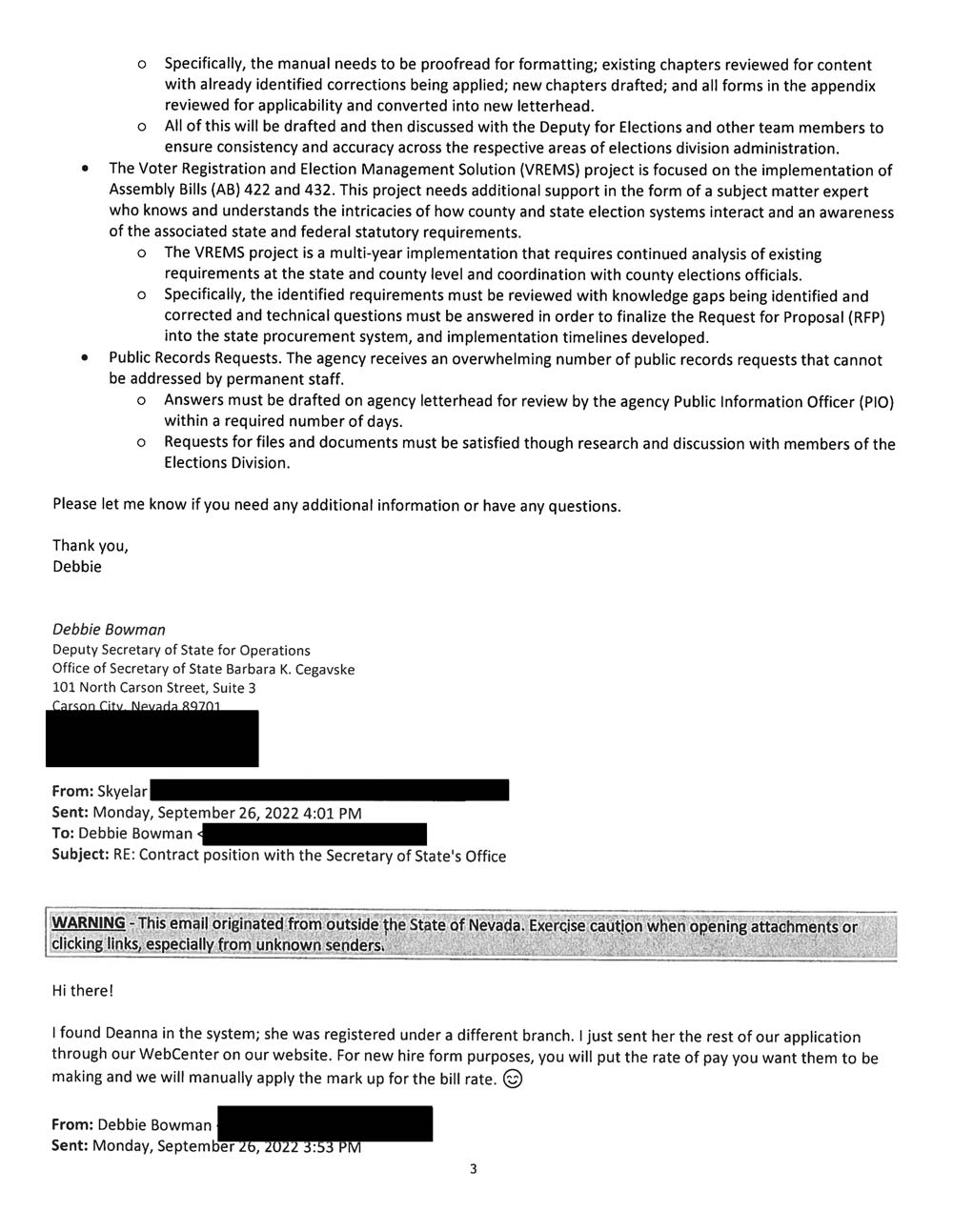 Is this a promotion for a job well done?

Any critical thinker should have a ton of questions at this point.

I’ll leave you with this. The left is terrified you’ll find out the truth about what they’ve been up to.

They’re terrified you will wake to the fact we’re the majority.

They’re terrified you’ll find out the majority of opposition we face and faced online are bots and paid actors, including divisions within several 3 letter agencies.

They’re terrified you’ll find out our very own tax dollars are paying for the very same attack on us.

They’re terrified you’ll wake to it all.

If you haven’t signed and shared this form with every one of your email and text contacts, do so now.

The Twitter files expose we were right so many times when they called us nuts, you should ask the local media outlets why they aren’t covering it.

It’s even been fact-checked by their own documents as fact now that we were right all along.

‘When you tear out a man’s tongue, you are not proving him a liar, you’re only telling the world that you fear what he might say.’