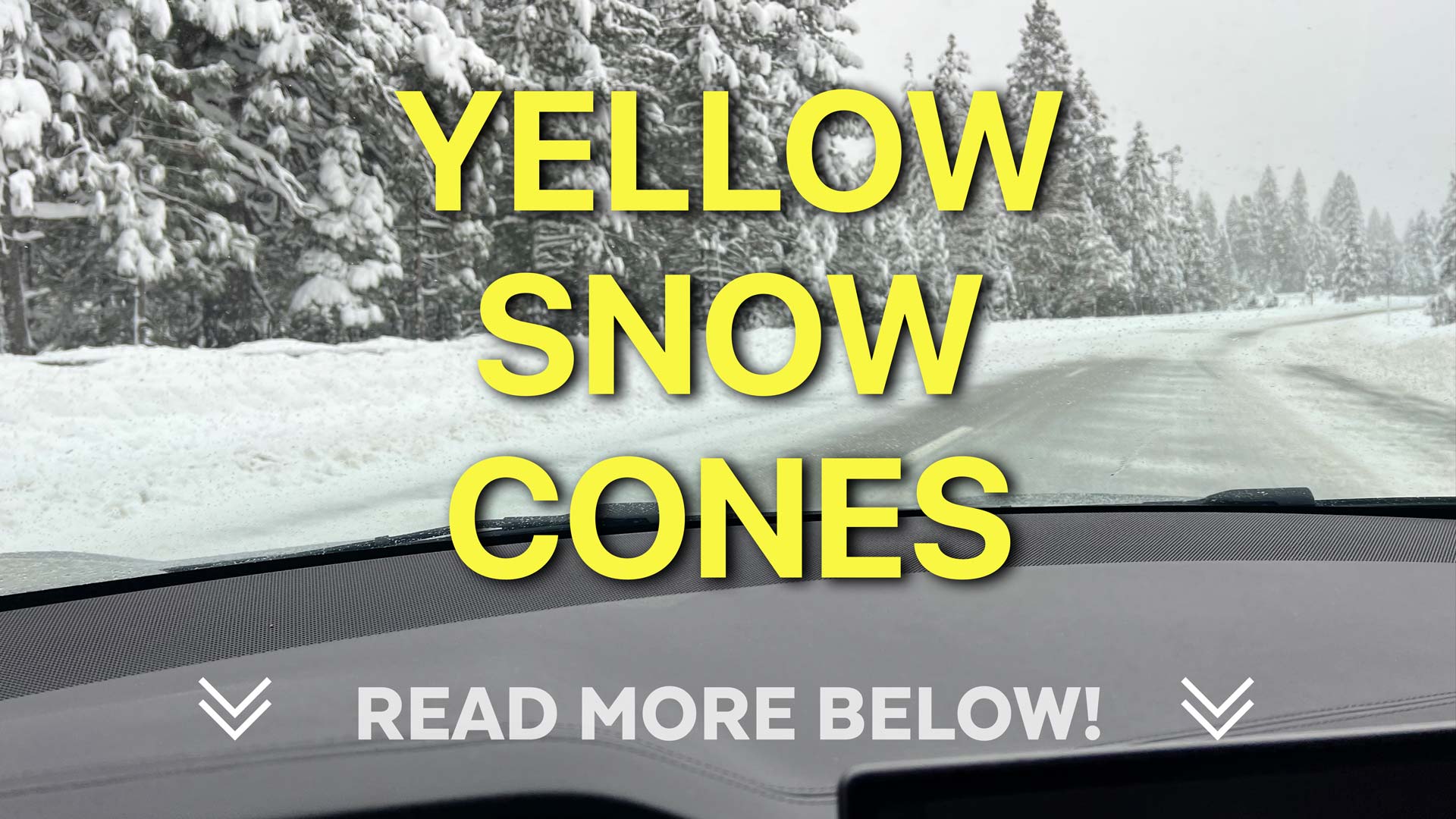 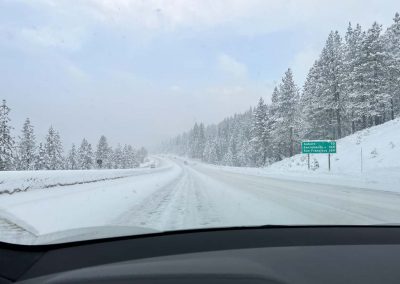 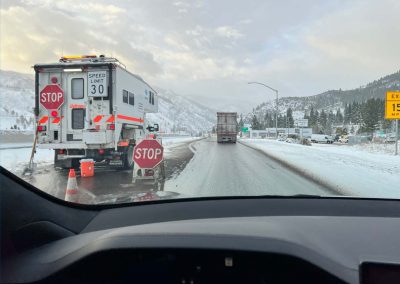 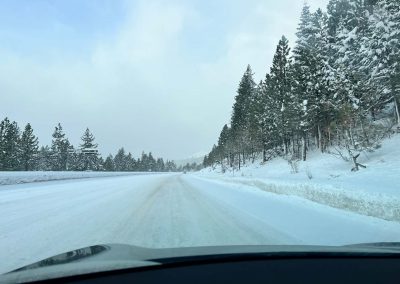 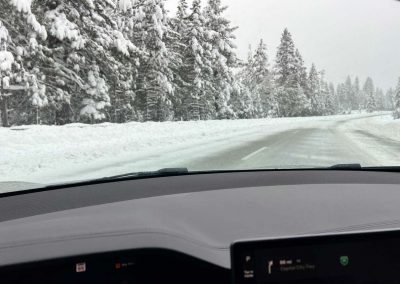 Ok, by popular demand, I mentioned I hated snow a few letters back, so I will elaborate a bit for the thousands of emails asking me why.

To start, when I think of snow, I think of the Donner party, of runny noses, broken pipes, frostbite, shoveling my driveway, and 10 pounds of extra clothing you have to haul around.

Sure there’s skiing, snowmen, and the yellow snow cones our severely morally and ethically challenged public servants like to eat, but I still really hate the snow.

I can remember when I was around two or three years old, with my parents, going on a cross-country trip in their little white Toyota Celica.

Looking back to try and see my parents, in reality, I was probably only 200 feet away from them, but to my little self might as well have been 200 miles away.

Needless to say, with my fear of being eaten completely by this white stuff, my yells were heard, and my dad came to my rescue and dug and pulled me out to safety. As if I was ever in danger lol but hey, when you’re 2-3 years old, you remember being eaten alive by this white, cold, fluffy stuff. It might as well have been quicksand, lol.

Now obviously since then, my legs have grown, and I’ve been in the snow hundreds of times, driven in it hundreds of times, but unless you’re at a cabin, the fire roaring, with no place to go but the moment, I really hate snow lol.

Fast forward to a month, or so ago, I ordered and received a new Tesla Plaid. It’s the one that has all-wheel drive, goes 0-60 in like 1.8 or 1.9 seconds, and supposedly goes 250 mph. I watched some reviews on youtube and other places where they tested it and said it was incredible in snowy conditions.

So when it snowed a month or so back, I took it out around town, and they were right. I went through a couple of feet of snow, snowy roads, etc. it handled great.

So not this last storm we just went through, but the one before it, I needed to go to California for some meetings. My oldest son took the Rover, and my Jeep’s battery was completely dead, so I figured, what the heck, I’ll take the Tesla.

The snow stopped at around 5 am or so. I jumped in the car around 6 am and started heading toward the mountain. As I approached Gold Ranch casino, there were the state workers covered in orange clothes stopping cars, I approached and asked them if I was good to go, and they said sure, you should be fine. So I proceeded up the hill on the way to Truckee. In hindsight, I really asked the wrong question. I should have said am I good to go to Sacramento lol, as he may have thought I was going to Truckee.

Regardless, hindsight is twenty-twenty. So as I approached the nice guard shack and truck inspection area near Truckee, the vehicles in front of me all started sliding to the left massively. I hit my brakes and too started to slide but stopped before becoming friends with the truck in front of me. It turned out a car at the gates had stopped to ask the worker a question. People were used to rolling through but now had to stop. It was icy and slushy for sure and only got worse as I went on.

So at this moment, I should have turned back, but anyone who knows me knows I’m not a quitter. As I progressed forward, I realized it was nearly only me on the road, and the road had turned into an ice skating rink.

You see when snow melts, and it’s so darn cold outside, the snow turns to water, then to ice. It’s not friendly to drive on, to say the least.

So from just west of Truckee to around Baxter, California, I never had traction again.

You see, the Tesla has ZR-rated racing tires, pretty much like slicks on a race car, the fact it is all-wheel drive going up and down the mountain meant nothing.

The slicks made sure through the entire 4-hour drive. I never had traction. Like a windshield wiper, I was literally watching the butt end of my car go back and forth back and forth, waving at me while trying to grab enough traction to make it up the hills.

Then watching the same thing as I slide down the hills with zero traction in those ZR-rated tires.

Surprisingly it’s far more dangerous going down hills than up them without traction.

Talk about a great time! Not…

Now, of course, it started snowing too, so knowing it’s 20 degrees outside, and I’m literally driving a huge cellphone battery with wheels, I didn’t feel like stopping.

I saw no one else on the road and didn’t want to become that Tesla on the hill people point at, like the bodies atop Everest that serve as landmarks lol.

So I proceeded on.

While this drive in the summer usually takes an hour and a half, it took me around 4 hours to navigate the ups and downs of the hill as I slid down them and spun up them. I truly never had traction. It was one of the dumbest things I’d ever done. If God wasn’t with me and I didn’t have around 20 years of car racing under my belt, I’m pretty sure I’d be a landmark at the top or bottom of the hill somewhere for some summer hiker lol.

It was a very dumb idea. I will never do it again. I’ll make sure I get a new battery for the Jeep next time.

Anyways, I hate the snow, lol. That was a very G-rated version of two of my experiences.

Now I know of all the benefits of snow and how it’s the water we drink and that it brings life. But I also like the beach more, so maybe in the Winter I’ll do what the snowbirds do and go to Florida 🙂

Even as snow brings us life through water, you notice the same severely morally and ethically challenged public servants that eat the yellow snow cones still squander our water away too?

We have the beautiful Sierras, and all the runoff from the melting snowpack could go to the bureaucrat-created dust bowl and elsewhere.

Instead, where does it go?

They pump it out into the Ocean because they want to save this useless bottom-feeder fish called the smelt and say it additionally fights against salt water incursion.

We see in Nevada what they’ve done to our water allotment from the Colorado, giving it to other states. We see what they do with the Truckee River sending it right on by. It’s ridiculous.

These yellow snow cone-eating idiots all need to go. Even with a huge surplus of water, we should have, we are left facing droughts because of these same people.

So if we have to deal with the snow and have them squander our resources away, at least give us free elections so we can vote them out and fire their appointees.

I still hate the snow 🙂

With all the billions being misspent and misappropriated in Nevada, we could even create an indoor Florida beach setting for the winter months. Imagine that?

We could probably put one in every homeowner’s backyard.

Yea, me neither… let that sink in.

During this last storm we just had, I took the Jeep to Sacramento as I had a couple of meetings.

It’s a true beast. The snow, the Rubicon is nothing for this thing. However, it wasn’t that way for many others, including the Teslas I saw on the side of the snowy, icy roads, unable to climb the hills.

Broken SNOW Chains and their little bits of metal were everywhere on the road to California.

Yea, I still hate the snow 🙂