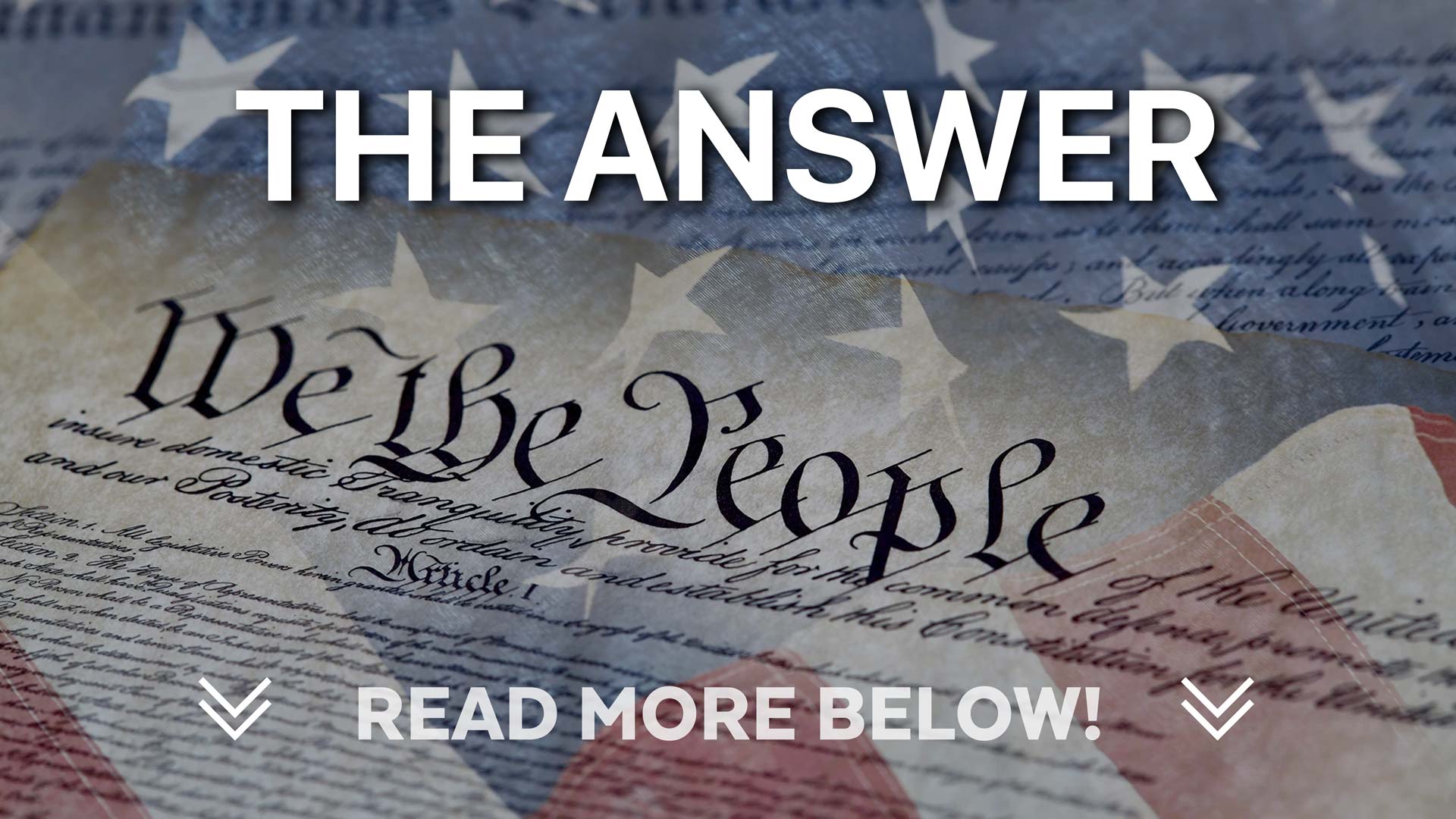 What we as people fail to realize is that WE The People are in CONTROL.

What WE The PEOPLE fail to realize is WE have the peaceful power to fix our problems in government.

You see, the so-called elected officials are basically one step above a slave to us.

They are our servants.

We tell them what to do, NOT they tell us!

The US Constitution, as well as all our state’s constitutions, tell them they do as we say not as they say!

They work for US!

Yesterday we put the entire Nevada legislature, the Nevada Supreme Court, Washoe and Clark County servants as well the United States Supreme Court on to this FACT!

If they deviate from this FACT, they are guilty of malfeasance at BEST!

If they fail to respond, they are GUILTY!

They will, at some point, be in front of a judge, jury, etc, and will be shown for what they did or didn’t do, then be judged by it!

Let me give you a few examples of what they fail to teach our kids in schools nowadays.

All political power is inherent in the people[.] Government is instituted for the protection, security and benefit of the people; and they have the right to alter or reform the same whenever the public good may require it.

That’s just Nevada, remember the states created the federal government, and all the states have an equal say AND ARE UNIVERSAL AMONGST THE STATES. Here are a few examples:

That government is, or ought to be, instituted for the common benefit, protection, and security of the people, nation, or community; of all the various modes and forms of government, that is best which is capable of producing the greatest degree of happiness and safety, and is most effectually secured against the danger of maladministration; and, whenever any government shall be found inadequate or contrary to these purposes, a majority of the community hath an indubitable, inalienable, and indefeasible right to reform, alter, or abolish it, in such manner as shall be judged most conducive to the public weal.

Sec. 2. INHERENT POLITICAL POWER; REPUBLICAN FORM OF GOVERNMENT. All political power is inherent in the people, and all free governments are founded on their authority, and instituted for their benefit. The faith of the people of Texas stands pledged to the preservation of a republican form of government, and, subject to this limitation only, they have at all times the inalienable right to alter, reform or abolish their government in such manner as they may think expedient.

Paragraph II. Object of government. The people of this state have the inherent right of regulating their internal government. Government is instituted for the protection, security, and benefit of the people; and at all times they have the right to alter or reform the same whenever the public good may require it.

Here is the US Constitution:

We the People of the United States, in Order to form a more perfect Union, establish Justice, insure domestic Tranquility, provide for the common defence, promote the general Welfare, and secure the Blessings of Liberty to ourselves and our Posterity, do ordain and establish this Constitution for the United States of America.

All of this says We The People are in charge. We can change things ANYTIME we want!

Do you understand that?

We don’t have to wait 2 or 4 years. We can tell our servants NOW to do their damn job or get the hell out!

We can even put a jury together to prosecute them personally as well!!!!!

Wake up! Folks, wake the heck up!

We have forgotten our powers.

What we see in the current election process is We The People are being robbed of our God-given and Constitutional right, our voice and vote!

Yesterday we filed a demand, so they realize we are their masters they are our servants.

They need to be reminded YOU are their boss, and they WORK for YOU!

Share this letter: https://operationsunlight.com/2022/12/02/the-answer/ everywhere, but for the love of God and your children, even your self say enough! These elections must be legitimate, or all is lost.

As Proverbs tells us, be the iron that sharpens iron. Let’s help each other rather than be the rust between the gears. Get involved NOW.

Fill this out and share it everywhere! It takes 20 seconds at most!

Are you and your families voices worth it?