We’ll take it back 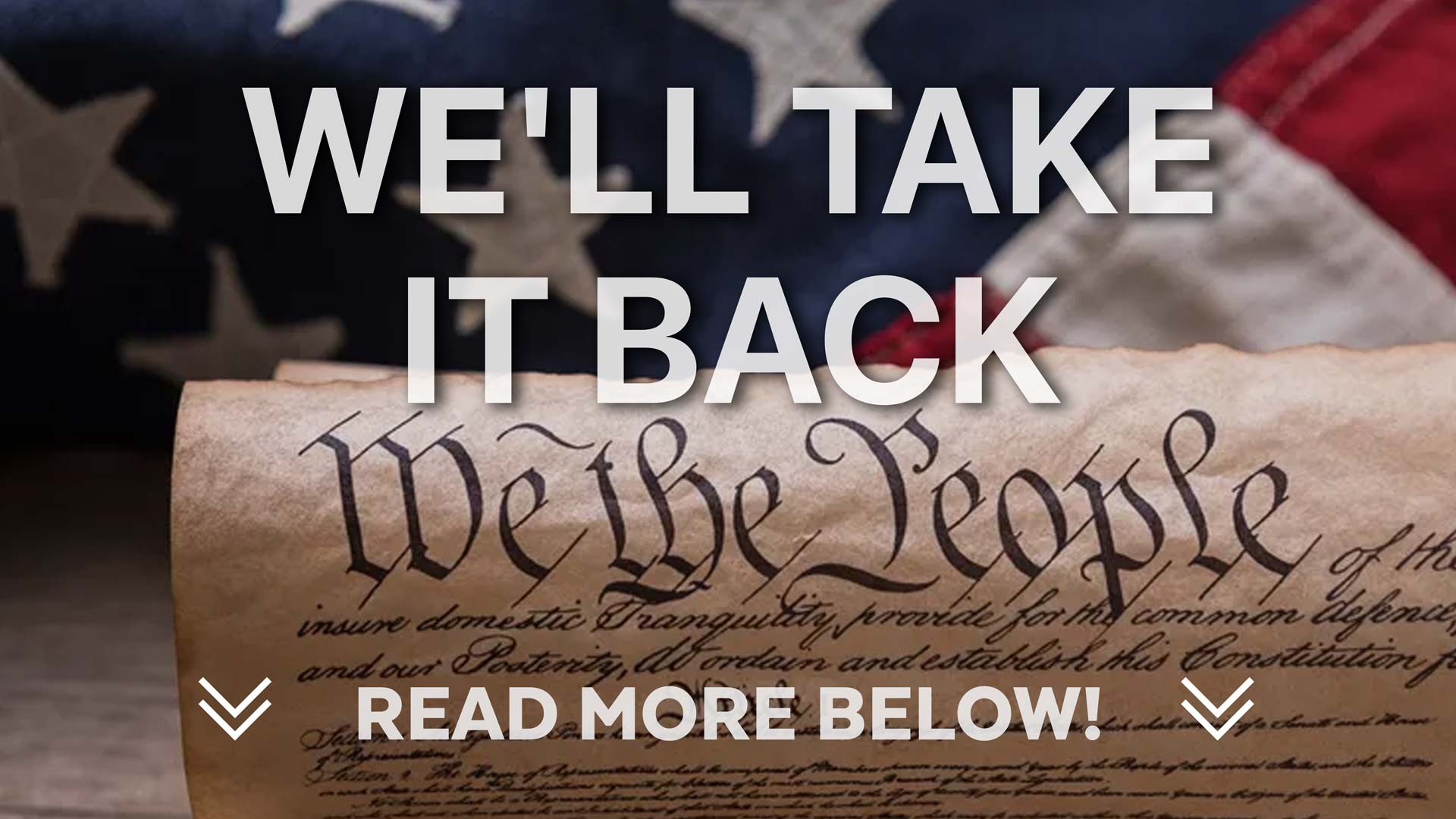 Happy Thanksgiving, we all have much to be thankful for when you think about it.

What many don’t realize is by God, our rights were given to us, common law was based upon that, and the constitution was created in the certainty of that fact.

God gave us these rights. The constitution tells our public servants this.

Most of us have never read it or know what it means.

Together we’re going to learn and apply what it says and means.

We’ll make mistakes, they’ll try to make us look dumb at times, and things will look hopeless, but we will win.

We’re going to remind our public servants what it says and means.

Many of these so-called public servants have no idea what I’m, and we’ll be talking about or what we will be showing them. They will peacefully learn too.

People don’t realize many of these agencies, groups, bills, laws, etc., are completely unconstitutional, and we are being fooled into following them or thinking they have power over us.

You see, there’s a simple fact many don’t understand if it’s unconstitutional, it doesn’t stand. It’s not enforceable, but people think it is.

Once people know something to be true, it’s hard to convince them it’s not. They have a bias.

The old saying goes, it’s easier to fool someone than tell them they’ve been fooled. That’s what’s happening here.

People see the elections stolen, our rights stolen, and our liberties stolen, then feel helpless and hopeless.

Our Declaration of Independence and Constitution are crystal clear. They work for us. We’re the boss of this country, not them.

They can’t, as our representatives, have the constitution that says they must protect us and do our will, then make fake rules to attack us and then not listen to us or do our will.

That’s not how it works.

We’re going to show and teach you what we must do now.

The representatives, courts, and legal system in its current form have failed us. This is undeniably true.

We see it all around us, I’d need to write you a book to list them all, but you are smart enough to see what’s happening all around us. It must end now, or our country will.

These complicit fools who are at the moment benefiting will be eaten by the same monster they are creating if it stands.

Yesterday, we filed our first of many demands to start the process. Don’t expect much to start, but I assure you, expect much to happen shortly after they try to dismiss us.

The people who run this country, not these servants, are to serve us. Remember that above all. They have to do what we tell them.

Sounds crazy based on what we’ve allowed to happen, I know. But we will fix it.

Yesterday, what we filed with the Secretary of State, Attorney General, and Supreme Court of Nevada is the start, the document below.

You’re learning your rights they don’t teach in school, and you’re now going to peacefully act on them.

These public servants must do as We The People say, or they will be found guilty, and yes, there is justice, peaceful justice outside the current court system that’s coming.

First, we put them on notice. Then we see if they do what We The People say, then when or if they don’t, we will show you what comes next outside of our current broken system they must all adhere to.

Sounds crazy, I know, but why?

It’s because decades and decades ago, they stopped teaching us how our country was founded and how it truly works.

It’s time we all learn what we all should have known from the beginning.

Join us. Let’s peacefully take it all back.

Start by filling this out and letting them know you’re mad as hell and not going to take it anymore.

Fill it out and share this post everywhere, do it for yourself, your family, and We The People.

Happy Thanksgiving, we have much to be thankful for. Let’s, by being thankful to God, our founding fathers, and us being alive now, help re-establish our Constitutional Republic starting today.

For those that say it won’t work, it’s simple. The founders did all the heavy lifting. We must now dust off what they did and gave us. We won’t use the same broken, unconstitutional system they say we have to. More to follow. Fill out the form, and share this everywhere.

Remember, as my great uncle Ben Franklin said, We must, indeed, all hang together or, most assuredly, we shall all hang separately.