WE NEED YOU! NOW! 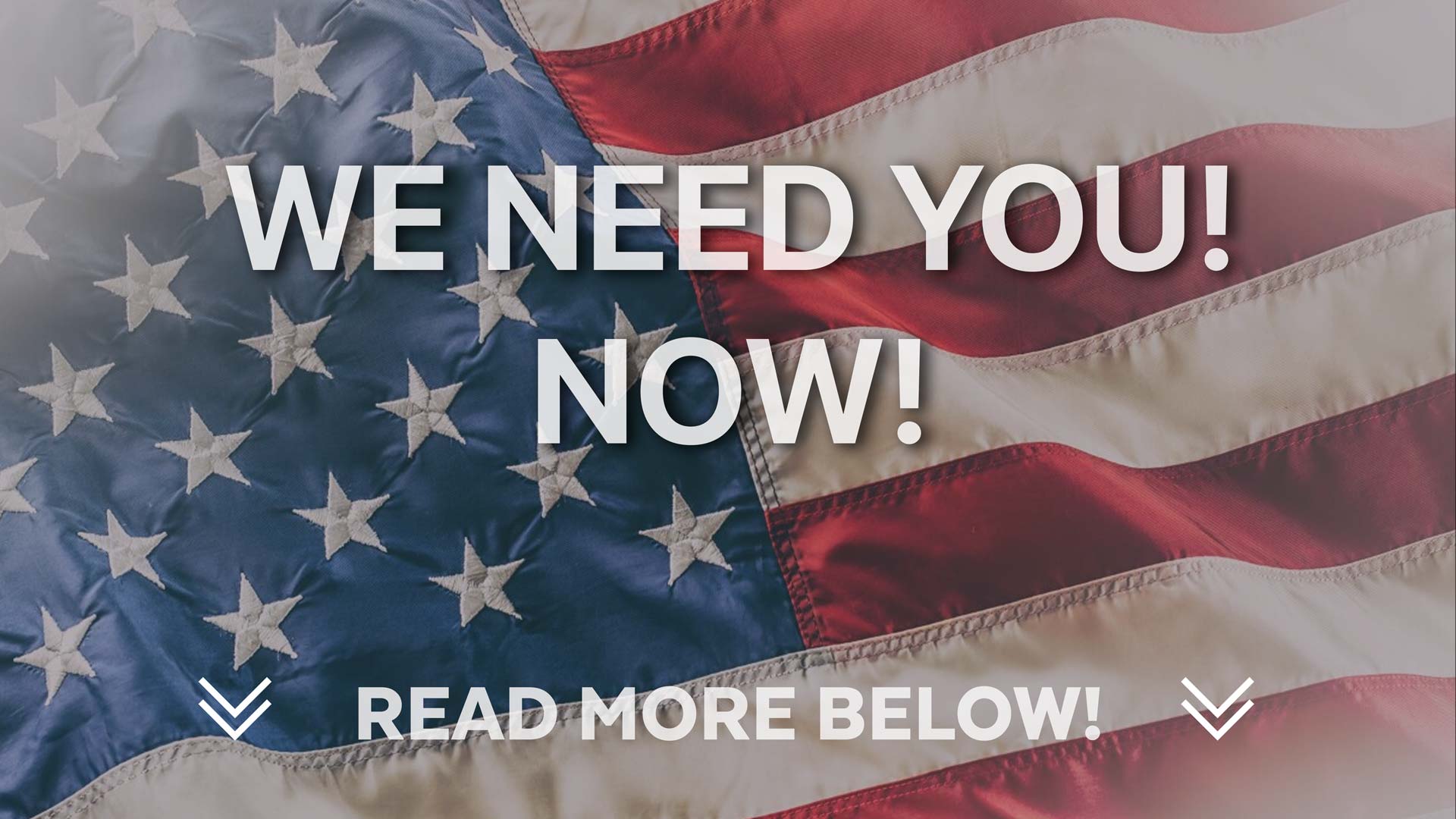 It’s been a wild election season, hasn’t it?

We used to have an election in a day, but now it’s a 6 week and beee……yond process.

France can count like 30 million ballots in a day and report the results the same day too!

Florida can count over 7 million votes in a day and report the results by 9 PM, same day!

(The press will say it’s the law, AB321 makes it that way, well it’s unconstitutional, so get rid of it, we say)

As you may have guessed, neither France nor Florida uses mass mail-in ballots.

Additionally, they require voter ID to name a couple no brainer reasons why they can count millions of ballots a day to our hundreds….

They mail out ballots to everyone. Then people can gather them up, fill them out, sign them and mail them back to the ROV.

The ROV barely does any signature verification, so it’s a super easy way to cheat, right?

Legal ballots are filled out illegally. Then the ROV counts them as real votes!

Yes, in case you were wondering, it’s very easy to cheat in Nevada.

Even the people who have IQs over 60 that doubted me and the team have now come to see the issues right before them.

None of them now trust the election results.

Sure, you have the bought and paid for local and national media who try to make excuses, legitimize the issues, etc., but people aren’t buying it.

The real “election deniers,” yes, that’s what they are. They deny the elections aren’t massively in error and are celebrating massive corruption in which all their rights are being stolen too.

How much are they being paid to sell out their own families and us?

Ponder that if you will but let’s go from speculation now to fact.

Yes, fact, then YOUR call to action!

Fact, the Washoe ROV, on their website, reports the voters they say cast a vote each day during the election season.

The list the ROV produces includes the voter’s name, party, address, precinct, and even phone number, to name a few things they show as public records.

So when we called 10s of thousands of these so-called voters, we quickly realized a huge percentage of the people the ROV said voted didn’t.

At least it wasn’t them who did it.

Someone else voted for them….

Now with little to no signature verification, these votes were all counted and are part of the results we are all told to trust…..

The people who thought our team and I were nuts instantly realized everything we’ve been saying is true.

Why? They called these people and were horrified by the responses!

We thought it was around 15%. It’s insanely higher in so many cases!

Meaning an easy 35,000 illegal votes were counted and used in this election….

These reported results are as legitimate as monopoly money used in real-life commerce.

We’re told the people who certified this egregious error (at best) are sweating like prostitutes in church.

We’re far from done. We have a couple of legal strategies we are moving forward with.

We know our courts are beyond willing to hear election issues, but we may have figured out a way they may hear us.

We have about 3 approaches we’re taking right now and have a very, very small window in which to make this happen.

So here’s your call to action:

Email NVbull@protonmail.com right now if you can help make calls!

We’ll send you a script and a manageable chunk of voters the ROV posted.

You then simply call from the comfort of your own home and fill out a furnished spreadsheet with the voter’s responses.

Send us the spreadsheet and your affidavit (we’ll provide it) attesting that the calls were made and the results are legitimately put in the spreadsheet, and then another team will take your spreadsheet from there.

I can’t say more here. Bad guys read this too. Lots of them.

Now with 100s of thousands of you reading this, I hope you will be one of the good ones to step forward for God and Country and dial for answers.

I can’t stress enough how important this is and how quickly we have to get this done and ALL in a format that won’t be thrown out of court.

I can’t expand here, but the format, context, etc., are everything ensuring this can be used in court.

Help us, Help you, today! Call as few or as many as you can, but get involved today!

People are waking up everywhere, don’t sleep on us.