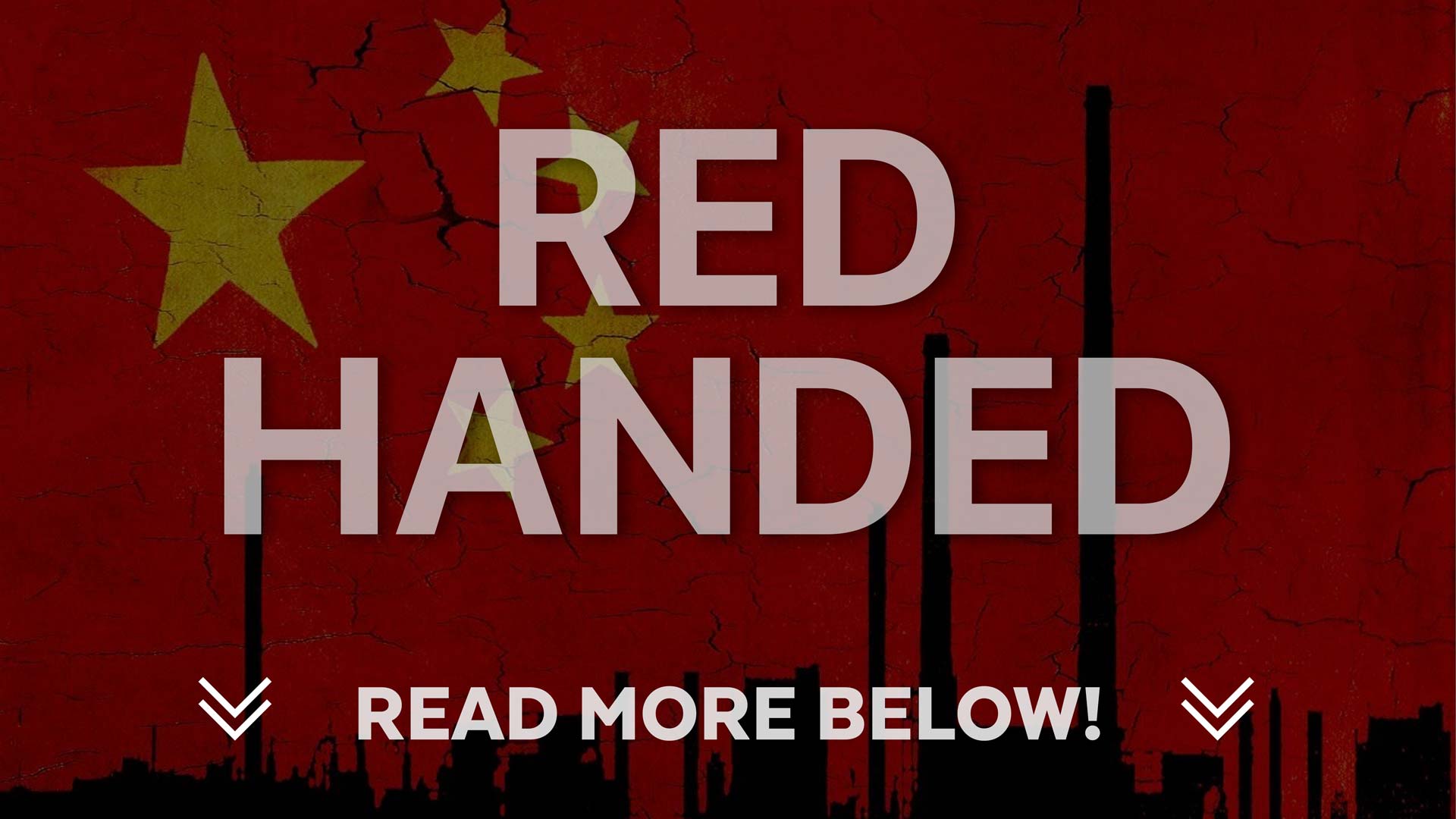 Share this everywhere, with your public servants, friends, family, neighbors, co-workers, strangers, hell, even your dog.

Share it everywhere! Send this link by text, email, socials, etc. get this out there!

Use #operationsunlight in your social posts with the link to this letter.

Yes, we ask questions, seek truths, and deny what the so-called election officials tell us are the results when we know they are mathematically impossible.

We showed an algorithm flipping votes in Nevada across every race, yet the judge didn’t want to hear it.

We’ve shown countless instances of malfeasance (at best) in our Nevada elections, yet the results stand.

This must end, now, here, today.

Here could be the smoking gun, caught red-handed, proof our elections are selections by red China or even our own country if the truth is allowed out.

There are numerous things going on in the attached documents I suggest you read them all.

You’ll see incredible things about Dennis Montgomery, Mike Lindell, and so much more.

This is a very long time in the making.

After he sued for damages for not receiving royalty payments for the alleged technology, it appears he was then relentlessly prosecuted-persecuted by the government and several 3 letter agencies.

In the court documents, you will see the gag order referenced that prevents him from disclosing what he did for the government.

Additionally, preventing him from discussing the technology he created and its alleged uses.

The 3 letter agencies deem this to be classified information, state secrets.

They believe it’s in the country’s best interest that his testimony and technologies not be exposed.

It’s stated it could be embarrassing to leaders and 3 letter agencies.

Fast forward to today, Dennis is trying to go public with all his testimony, data, etc., and get around the gag orders and state secret clauses he’s been under.

What are some of his testimonies and technologies they are trying to silence from us learning about?

It appears his technology was used to alter our and other countries elections.

It’s alleged he created the technology known as Hammer and Scorecard.

It appears its purpose is to monitor and alter elections here and abroad.

Meaning if this is true, Dennis created the technology that fell into the hands of potentially China that could have enabled them to alter our elections.

Meaning what Edward Solomon found in the 2020 election, as well as the 2022 primary elections, could very well be what Dennis Montogmery created.

Meaning the flipping of votes Solomon found that even the judge didn’t disagree with could be Dennis’s tech they don’t want us to know about.

In these documents, look at Exhibit A, page 4 below. Do you see what they request? 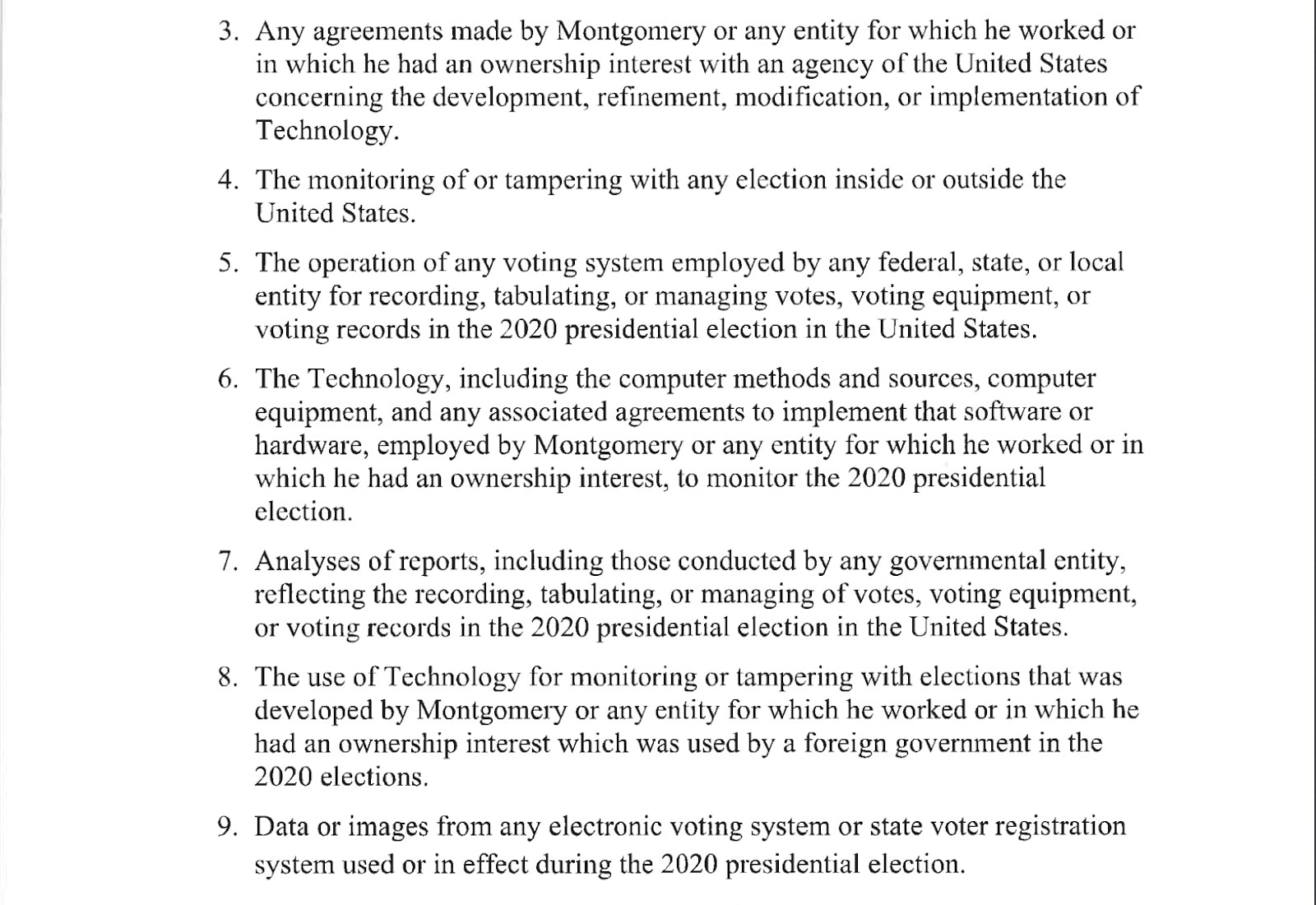 How come most have never heard about Dennis, his technology, or what it potentially could do?

We can talk about the craziest crap like bigfoot to foot fetishes, and the press could care less.

You talk about election issues, and you’ll be labeled a right-wing, antisemitic nut job who sniffs glue.

Well, it appears we have a state-sponsored media whose sole job is to cover for the state.

The house of cards would fall down.

It would expose everything.

Things like how our dollar is on fire, inflation skyrocketing, endless wars, open borders, indoctrination of our youth into marxism, medical tyranny, and so much more, just to name a few.

It could show all these candidates we scratch our heads wondering how they got elected, got elected.

All could be state-sponsored or sponsored by a foreign actor like China, which wants to destroy us from within without a shot fired.

Folks, it’s time we unite as Americans regardless of party. This could affect us all.

If Dennis is able to get his testimony out, it may very well expose it all and save our country and world.

This is not a Nevada thing. This is a world thing.

This is how a small group of people could take over the world.

Dennis came from Lodi like me, he moved to Reno like myself and now lives elsewhere as he has been relentlessly targeted for trying to get his story out.

Will he? Will his testimony, data, and tech get out?

It’s very likely it will, but not before the certification on Friday.

Stay tuned, the documents are filed, and the court date is set for the 28th.

We’re supposed to be certifying our elections Friday, this is impossible to do.

With what we’ve exposed in this most recent election and now this, we have to have a hand count and signature verification process immediately in at least Clark and Washoe.

Anyone against that has something to hide.

The election must be conducted by hand, using paper ballots, done on one day, hold the election at a convention center and use local, legal voters to conduct it under court and public supervision.

If we find our elections are in error, who would be against a fair election to restore faith in our Constitutional Republic?

Cheaters, that’s who. Remember that.

So much more to come. Stay tuned.

Contact your county commissioners, ROV, and Secretary of State.