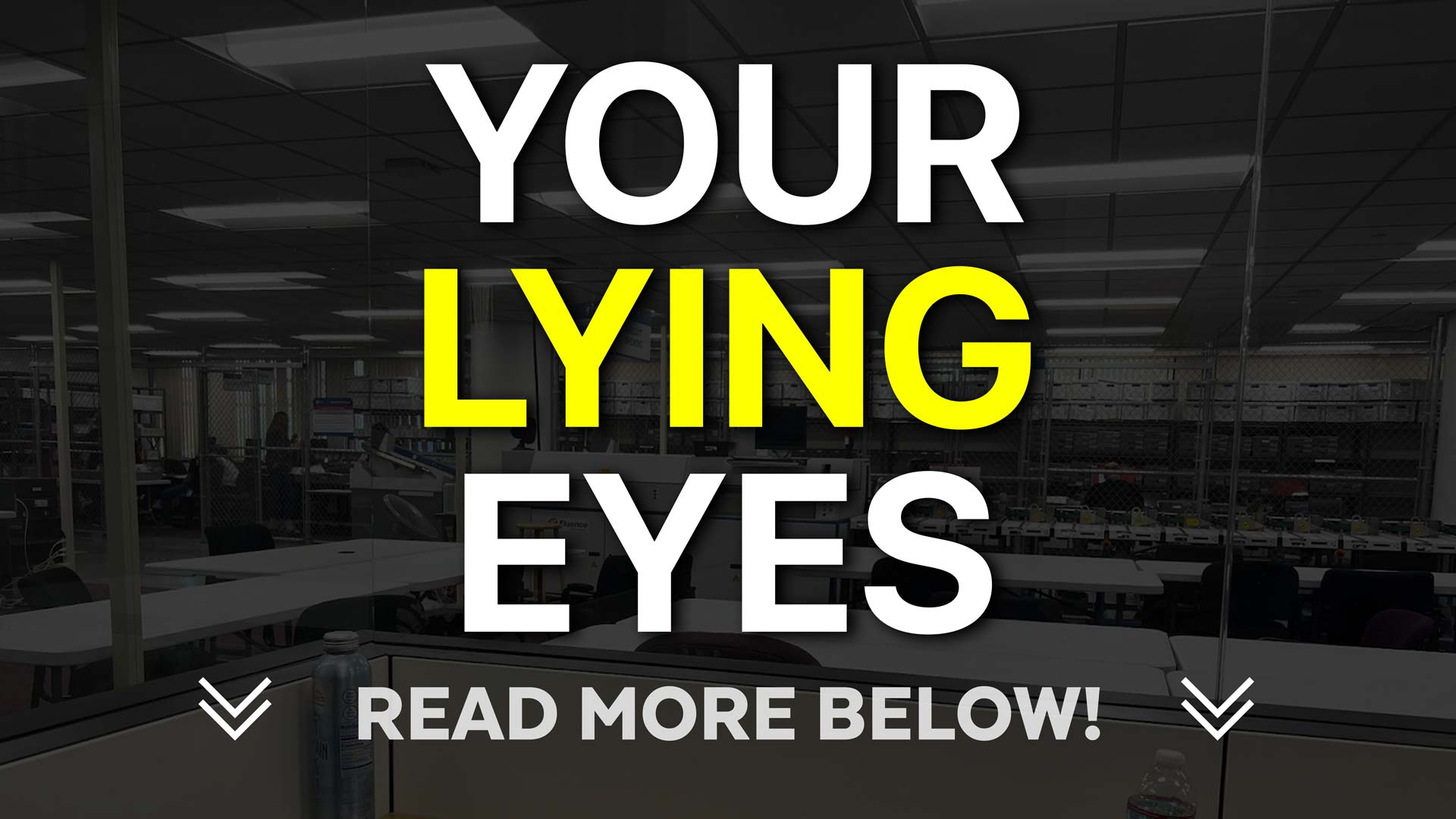 Well, that’s what the government and media want you to do.

Not me, I like to think for myself rather than be told what to think.

I could rehash all the craziness we’ve found in our election system here just to show you they call us nuts or other names for pointing it out but I won’t.

I wish I could share everything we know, we can prove, or are trying to but we simply can’t yet.

Most recognize now there is something very wrong with our election system.

Many are going the road toward apathy, saying “well, we’re screwed, it is just the way it is.“

Others are digging in and peacefully fighting harder than ever.

I hope you are one of those.

Our elections are now a 6-week process when it used to take a day.

We’ve gone backward technologically speaking, we spend 100s of millions of dollars on our elections yet we still don’t have the results we used to receive for a fraction of the fee in one day.

We can clearly see there is massive cheating going on, and both sides now are admitting it.

We see results come in favoring an American first candidate just to see the lead dwindle and dwindle until they allegedly lose and then the media, not the government, quickly calls the race for the other person.

We see the results come in, a pause, a new drop of ballots and the candidate keeps losing his or her lead until gone.

We see CCTV cameras mysteriously go out, then drops of ballots during those times, changing the lead for the America first candidate who was winning.

The county, of course, says, “nothing to see here, all is fine, and we’ll fix it better next time.”

Anyone who doesn’t see what’s happening is either not paying attention, naive to the real process happening, or a part of the corruption.

This happened in Texas, they had honest workers come forward. I wonder how the county or media will spin it when right before our eyes and theirs, they see the fraud occurring.

Here we see when a vote is audited by hand to double-check the machines, we see a 25% difference in what the machines reported vs what really occurred.

Here we see more votes than voters for a Dem candidate to take the win.

It’s sad when the real “election deniers” deny what’s right in front of their faces and noses.

They tell us not to believe our lying eyes or ears but we know better.

For the ones that don’t.

It’s simple, do you really believe greedy, evil people out there wouldn’t try to steal something of value?

These people just upped their game from knocking off banks and liquor stores to stealing the power and seats of the greatest nation ever created, America.

We’ve found that the real numbers vs what was reported from the polling locations to the ROV are drastically overstated favoring Dems.

We see they are saying the red wave didn’t happen but we know it did.

We hear the reason the red wave didn’t come is that the Republicans didn’t show up, they didn’t all vote.

It’s not true, they did!

Look at Arizona, we’re told they are sitting on 400,000 Republican ballots still!

Imagine, if they were counted, Finchem, Lake, Hamadeh, and Masters, would catapult to #1 the race would be #over.

So why not count them?

We’re told “they” have to continue to drag out the election and give them time to infuse Dem ballots to overtake the Republican ones.

They use the media and government procedures to do this, to buy time and make it sound like all is fine, all is normal.

Yes, it is, if you are cheating.

Many on the left will call me names for pointing out these simple facts.

Washoe and Clark, are doing the same thing.

It’s all coordinated. It’s the same cookie-cutter system used across the country where it matters.

What can we do?

We must call this out, we must be peaceful, not silent.

We must have a hand recount and manual signature verification of all ballot envelopes. If there is more than a 1-point difference, the election must be scrapped and a new paper ballot, one day election take place.

The people are entitled by the constitution for their votes to legitimately count.

The United States shall guarantee to every State in this Union a Republican Form of Government, and shall protect each of them against Invasion; and on Application of the Legislature, or of the Executive (when the Legislature cannot be convened) against domestic Violence.

In other words, our votes must be counted properly. Our voice must be heard. We are entitled to it.

We must have a hand audit of the ballots and signatures.

Any Democrat or Republican against this is part of the problem.

We should all want transparency and truth not lies, harassment, and deceptive practices used against us.

Peacefully demand a hand recount and manual review of all signatures.

Peacefully demand from the SOS and ROV.

The press local and national will call you names, and make up lies about us, but we know the truth, it’s all rigged and they are trying to cover it up as well.

Believe your eyes and ears. Not their propaganda and lies.

If all is fine, a hand recount of ballots and signatures would be widely accepted by both sides. It’s not. Why? You know, and so do they.

Be peaceful, not silent, call it out!

More to come, stay tuned in the meantime, check and see what the status of your ballot is here.

See if you are one of the tens of thousands who voted, yet it shows otherwise….

But don’t believe their lying words saying your vote counted either…..