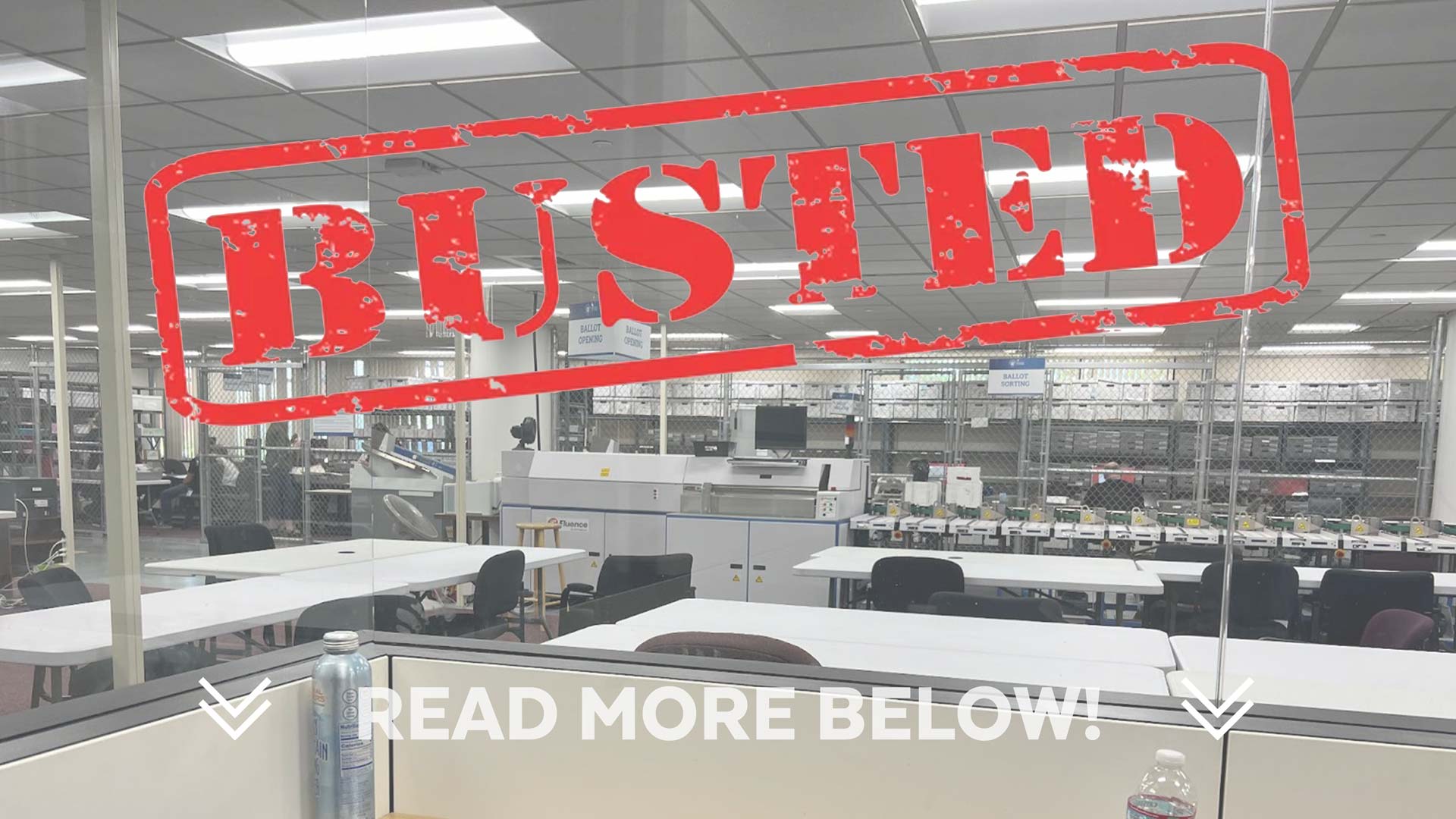 Stay with me here, it’s about far more than 334 voters.

Here’s a tiny backstory for you, then we’ll explain why this matters NOW!

Post-2020 election we showed Washoe county was missing 40,000 voters and potentially their votes.

The press refused to cover it properly, they simply spoke in half-truths and never covered the real story.

The County never responded to us.

We showed an algorithm being used to flip the votes, to the county brass, they never addressed us, instead in a county meeting, they spoke in half-truths and tried to slander and discredit us.

Saying we showed Clark county data to them. We did. We also showed them Washoe county data and how all precincts, in both counties voted identically the same. That’s mathematically impossible.

We also showed the county 42,000 voters who shouldn’t be on the voter rolls around a year ago, but guess what, no response from them on that either.

We just had some crap press coverage against our friend and incredible American Janice Hermsen. She and other amazing people brought in thousands of voters that shouldn’t be on the rolls.

The county appears to have only taken 334 of the affidavits.

The Nevada “Not So” Independent spun the story that all the voters she brought forth, from our data, were somehow in error and nothing needs to be done. Remember this data is like a year old too!

Here’s what they say:

Earlier this month, a group of seven Washoe County voters filed more than 300 challenges based on data received from Robert Beadles, a wealthy Republican donor who has promoted conspiracy theories and pushed to reshape Nevada politics.

But none of the challenges, submitted during Nevada’s brief five-day window (Oct. 10-14) for voter registration challenges, were deemed valid, a Washoe County spokesperson told The Nevada Independent this month.

That included challenges of 260 voters who were already inactive (meaning they do not receive election mail but are still eligible to vote), 42 whose registrations were already canceled and five duplicate challenges.

“Because those records were not active, those challenges could not be verified and the process stopped,” the spokesperson wrote.

The remaining 27 challenges were verified, “meaning that the voter was active and lived in the same precinct as the challenger,” according to the county. However, a letter submitted with the challenges indicated they were based on data from the National Change of Address program, meaning they did not adhere to state law requiring that “the challenge is based on the personal knowledge of the registered voter.”

“It has been determined by our District Attorney’s Office that the challenges are not valid and no further action is required,” the spokesperson wrote.

Did you catch that?

So we had this data for well over a year, we submitted these 334 plus 42,000 more to the County earlier this year, and they never even gave us a response.

But look what they say here:

See how they spin it!?

Now the 27 they say are active, if they would tell us which ones, I’ll personally take a camera crew and knock on all 27 doors for you and see if they are lying or doing the half-truth bit again.

These people are not doing us any favors in reporting the truth I tell ya.

Our tax rolls in Washoe are pristine, why not our voter rolls?

Why is it up to us to do their job?

Then they call us names?

Who are they, well, hopefully, there will be some legitimate hearings into who “they” are and what “they” did and are DOING very soon. Election and voting crimes are fraud.

The ROV shows the public who supposedly votes in the elections.

We monitor these lists of so-called people who vote.

We quickly noticed of the 42,000 names we gave them, guess what?

How can this be?

The people most likely don’t live here anymore, or their address is shown as undeliverable by the ROV, yet these people are voting right now!

Or someone is voting for them…..

What happens when you print hundreds of thousands of ballots, print them again and again, and mail them out to the county?

Bad guys could fill them out and send them in. Or poll workers etc would know who voted and who didn’t and could potentially vote for those people as we saw happen in other states.

They went to jail by the way.

Additionally, we have a ton of proof about the machines and the entire system being compromised.

I’ll have to do that in a letter by itself it’s too important.

This here alone should be enough to stop the election. How can you trust an election when already we have 10-20% of the ballots or more potentially in error?

Are you waking up yet?

The media is covering for the County, they refuse to expose any of this.

Even the Soros-funded Nevada “Not So” Independent tries to make it look like some huge plan to clean the rolls failed because they say “our data was bad.”

Nay, 42,000 records were given to them, and zero feedback given to us, they take 334 from Janice and say it’s all bad data basically.

When in essence, 334 were looked at 307 were deemed true to come off the rolls!

27 they never named, but tell me their addresses and I’ll grab a camera crew and show you those too!

The spin and lack of integrity from the press and the ROV are appalling.

What is the county going to do? What are you going to say? Do we really want another untrustworthy election?

Be peaceful, and speak out.

Reminder who told us…..

We gave the list to our attorneys and the GOP, they will be addressing the ROV and their council.

Let’s see if they ignore us again.

Stay tuned, so much more to come.

Show up in person Tuesday and vote!

We have to have more real votes than these potentially illegal ballots!

Bring everyone, and have everyone vote.

Then we must all peacefully push for a hand recount in Washoe and Clark prior to the certification!

We have checks and balances in our businesses, taxes, etc, we have to check our votes by hand after the machines “tell us” how many votes went where.

Peacefully call it out!