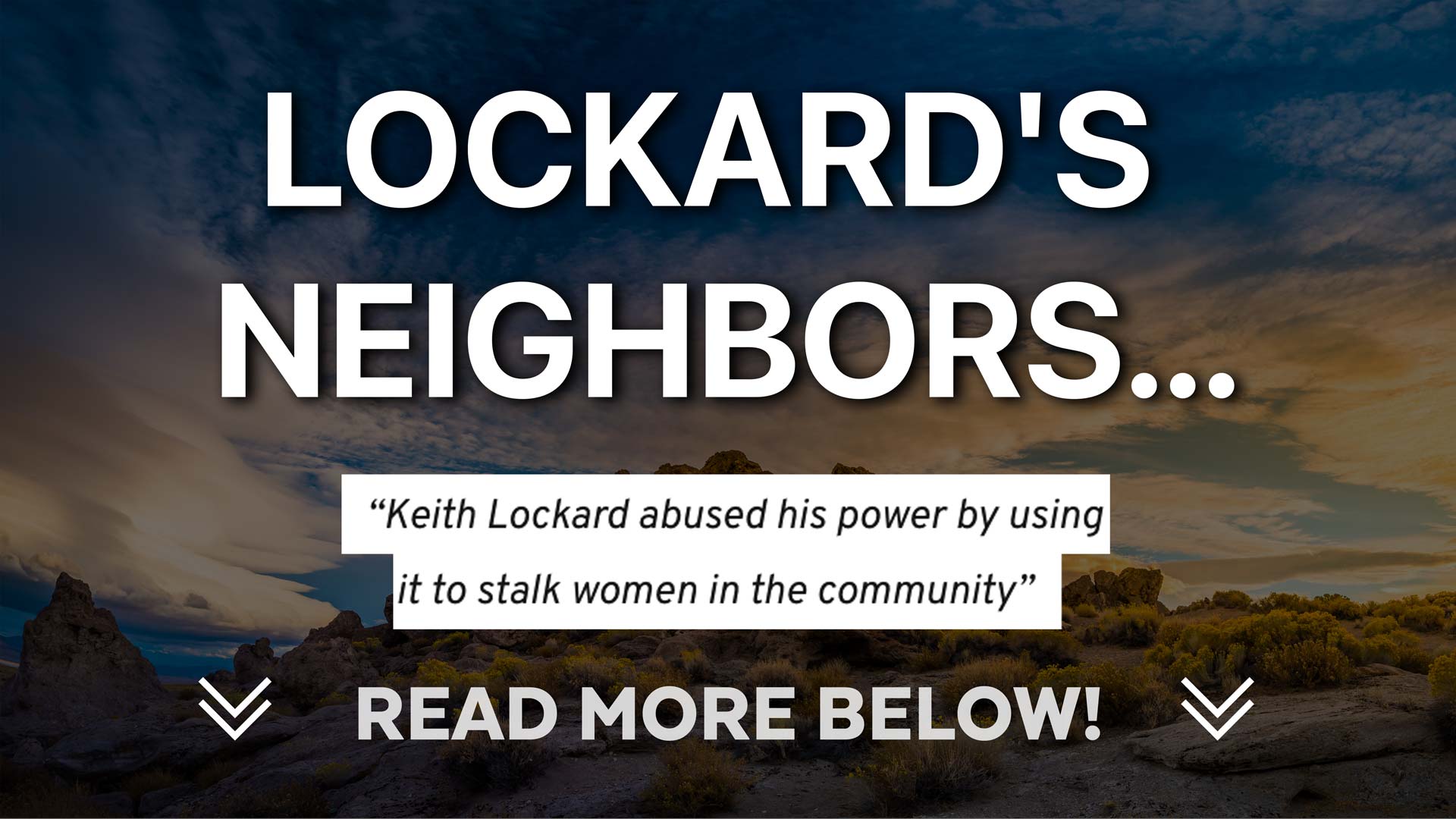 You can learn a lot about somebody from their neighbors and board members.

Like how someone uses or abuses their power when they have even the slightest bit of it.

Look at neighbor’s and board members’ comments about Keith Lockard:

“Keith Lockard doesn’t follow the rules. As an HOA Board president and Architectural Control Committee participant he plays his own solo game in approving changes, installing improvements and violating serious rules and regulations all by himself. This is not allowed for a host of reasons. He’s a loose canon that we must not vote for County Commissioner”

“Past behaviors indicate that Keith Lockard would not hesitate to approve future applications that are in violation of the CCRs. When I connected Keith’s behaviors to the elected positions within our association I became fearful of his lack of ability to follow rules and to lead to the benefit for the people by whom he was elected”

“Keith Lockard acts alone leaving behind decisions that can’t be undone. He must not be seated for District 2 on the Washoe County Board of Commissions”

“Based upon Keith Lockard’s inability to follow the rules in an appointed or elected position and in conjunction with his funding from George Soros the worst can be left to our imagination. The Commissioners have a great deal of power and in the hands of George Soros let’s not create a situation we would regret for many years to come”

Those are not my words. These are the words of Lockard’s neighbors and board members.

Next, look at this horribly creepy campaign video he just did.

What’s funny, though, is he stole this idea for the video from Gerald.

The difference is Anthony Hopkins’s Soul Eating Lockard makes this video so dang creepy, I wouldn’t let him watch my dog let alone our County.

So you see what his neighbors and board members say, you hear his wife tell us she doesn’t even want him at home and now we know he’s backed by a real-life Nazi Sympathizer.

According to the Nevada Globe, ‘Dark Money’ plays in Washoe County Commissioner Races, including Lockard and others.

George Soros, a real Nazi, is dumping millions of dollars into Nevada elections. Soros has been donating to “Looking for a Job” Lockard, Marliuz “Stealing your man too” Garcia, Edwin “Lungar” Lyngar, Aaron Ford, Sisolak, and of course, the Secretary of State race, Francisco “Cisco” Aguilar.

So a real Nazi is dumping millions into these people. Where is the press on that?

Folks, we can’t vote for these people.

Look what Lockard’s neighbors and board members say about him. Even his wife doesn’t want him in the house. Look how he is supported by a real-life Nazi. What else do you need to know? This is not the person for We The People.

Vote Mike Clark. He saved homeowners a 100% tax hike, returned 10s of millions of dollars to taxpayers, and fights these globalist puppets daily for our family.

Their opponents are pushing communism and literally supported by a Nazi.

You can’t make this stuff up.

Save yourself and save your families. Vote for Clark, Myer, and Herman!