Alright, folks, get out the box of aluminum foil. There’s a hat in each box.

Go ahead and put your tin foil hat on, as the press will call you-us CrAzY for asking these simple questions.

The CEO of Konnech, as well as the board member of Poll Chief, Eugene Yu, was arrested for allegedly sending election and poll worker data to China.

So while counties across the country are pulling the plug on Konnech and Poll Chief, Washoe County says we’re going to continue using it.

Do you see a problem here?

Pull the tin foil hat down a little further. We’re going to ask another cRaZy question.

Our election management system is confirmed by Washoe County to, in fact, be hooked up to the internet.

We know anything hooked up to the internet can be hacked.

So the EMS brain that holds all our votes is hooked up to the internet.

See why we like paper ballots? Counted by hand, not only is it 50-95% cheaper, regardless of the mainstream press lies, but it’s also about 95-99% trustworthy.

You see, one person could attack the EMS brain in Washoe from, say, China and flip all our votes.

Even if most of the election employees had no part of the flip, they wouldn’t know it happened as machines count every ballot and every bubble anyways.

By counting by hand, you’d need dozens to hundreds of people all actively steal the election, not one or a few.

It’s so much harder to cheat by hand.

So why are we using machines?

Pull the tin foil hat down even further. We’re going to ask another cRaZy question.

It was shown in New Mexico just a few days ago, there is a 25% difference between hand count and machine count of their primary election!

It’s the hand count that was accurate, by the way.

Machines are programmed with functions, and regardless of why the machines weren’t trustworthy for the masses, they aren’t.

So why are we again using machines that can be programmed to do whatever, not what’s right?

Pull the tin foil hat down even further, and put one on your dog or cat. We’re going to ask a few CrAzY questions all at once.

Where are all the ballots?

Washoe County printed our ballots, not once, not twice, but three times!

How much extra did that cost us?

But my and your question is where the hell are all these extra printed ballots?

Are the bad actors filling them out now and going to submit them, stealing our votes?

Why don’t they clean the voter rolls?

We’ve given the county tens of thousands of voters who don’t live here anymore or hell, live all together, but still, they remain on the rolls.

What happens to all these ballots when they come back to the post office?

Why can we see the envelopes with all the voter’s information, including signature, but never an anonymously filled out ballot with zero voter information and the votes on them?

They tell us how many votes come in for a certain candidate, even by precinct, so why can’t we verify and see the anonymous ballots and count the bubbles and ballots?

Why do they count all our votes in secret?

Why were people who were not qualified to work our election, let run it?

Why does the SOS give them all a pass for issues we brought to them?

They call us conspiracy theorists and worse for asking simple questions like this. Fear not, I have thousands of questions, but I just wanted to give a few examples.

We have questions but no real answers.

The big problem is they never answer these issues fully or transparently. Instead, they use the media to answer for them with blanket statements like “we’re all nuts for questioning our employees.”

Regardless, there are some legal things we can do, and I suggest you do them all ASAP as voting started TODAY!

Post out at dropbox and voting locations. Only post in legal places. Video and photo of any suspicious activity, people, or vehicles, and make a report here:

(It goes to you, the SOS, and our attorneys, all from your phone or computer, it allows for signature and attachments too!)

Be an observer at the actual ROV (Registrar of Voters). You can email me at RobertBeadles@protonmail.com if you need further instructions on either method.

Don’t want to leave your house to observe?

Do it from home!

Use this form too!

(It goes to you, the SOS, and our attorneys, all from your phone or computer, it allows for signature and attachments too!)

Show up and vote and bring others!

Get 2 people to come vote with you.

By fake, I mean legit ballots filled out illegally.

We can’t let this election be stolen from us!

Fair is fair, but these mail-in ballots and machines aren’t fair to anyone. Except for the criminals.

We just want all legal votes to be counted and tallied legally.

On Election Day, fill out your mail-in ballot with a BLUE BALLPOINT PEN.

FILL IN THE BUBBLE COMPLETELY, DO NOT CIRCLE ANYONE’S NAME

BTW I hope you didn’t really put a tin foil hat on, but that’s pretty funny if you did though lol,

know we’re NOT nuts for asking questions. 83% of us have questions.

They’re nuts for thinking we wouldn’t or don’t.

Never forget what our so-called public servants did to us over the past couple of years.

Democrats, from the bottom to the top.

Vote them all out.

The polls show it coming too. 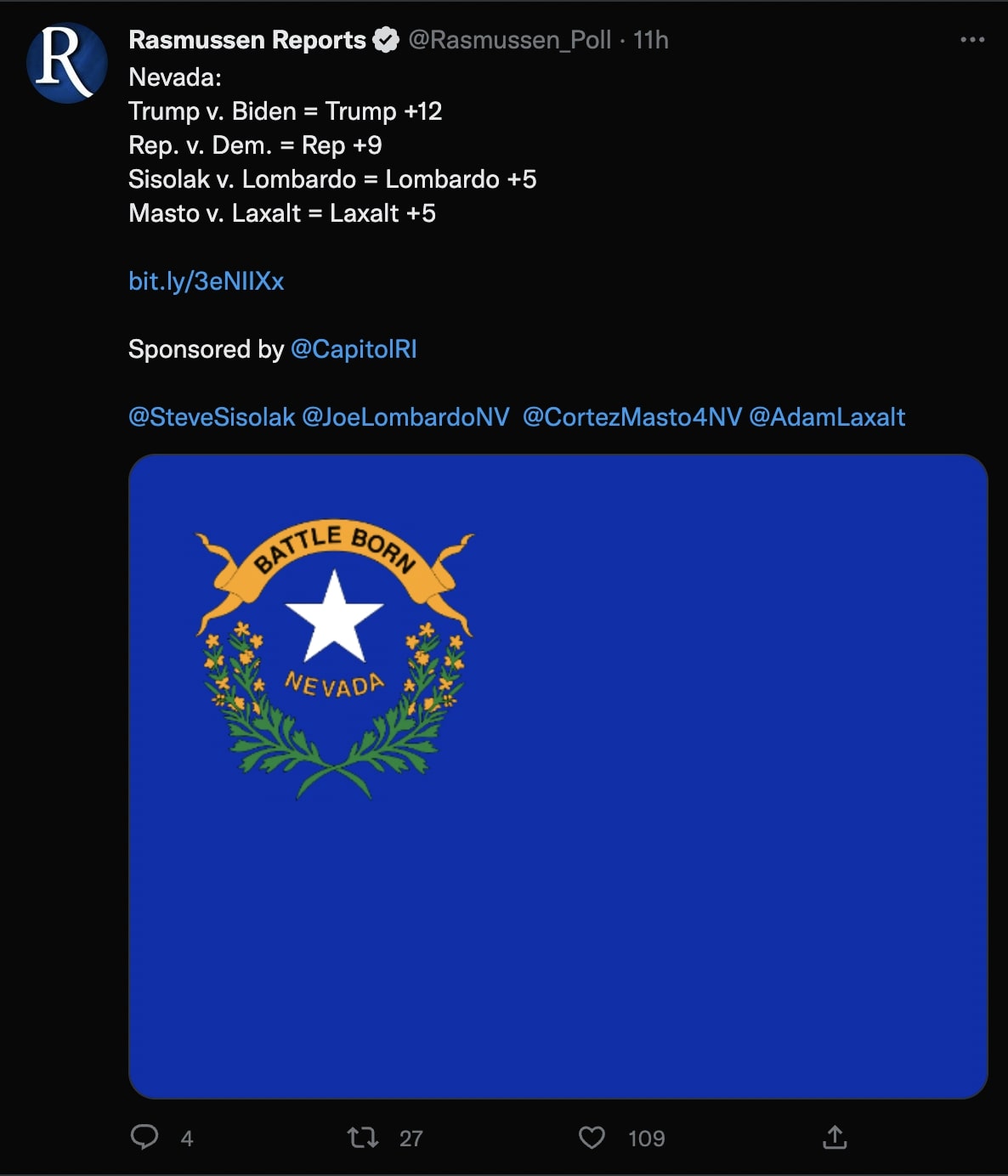