Now the AG is attacking US! 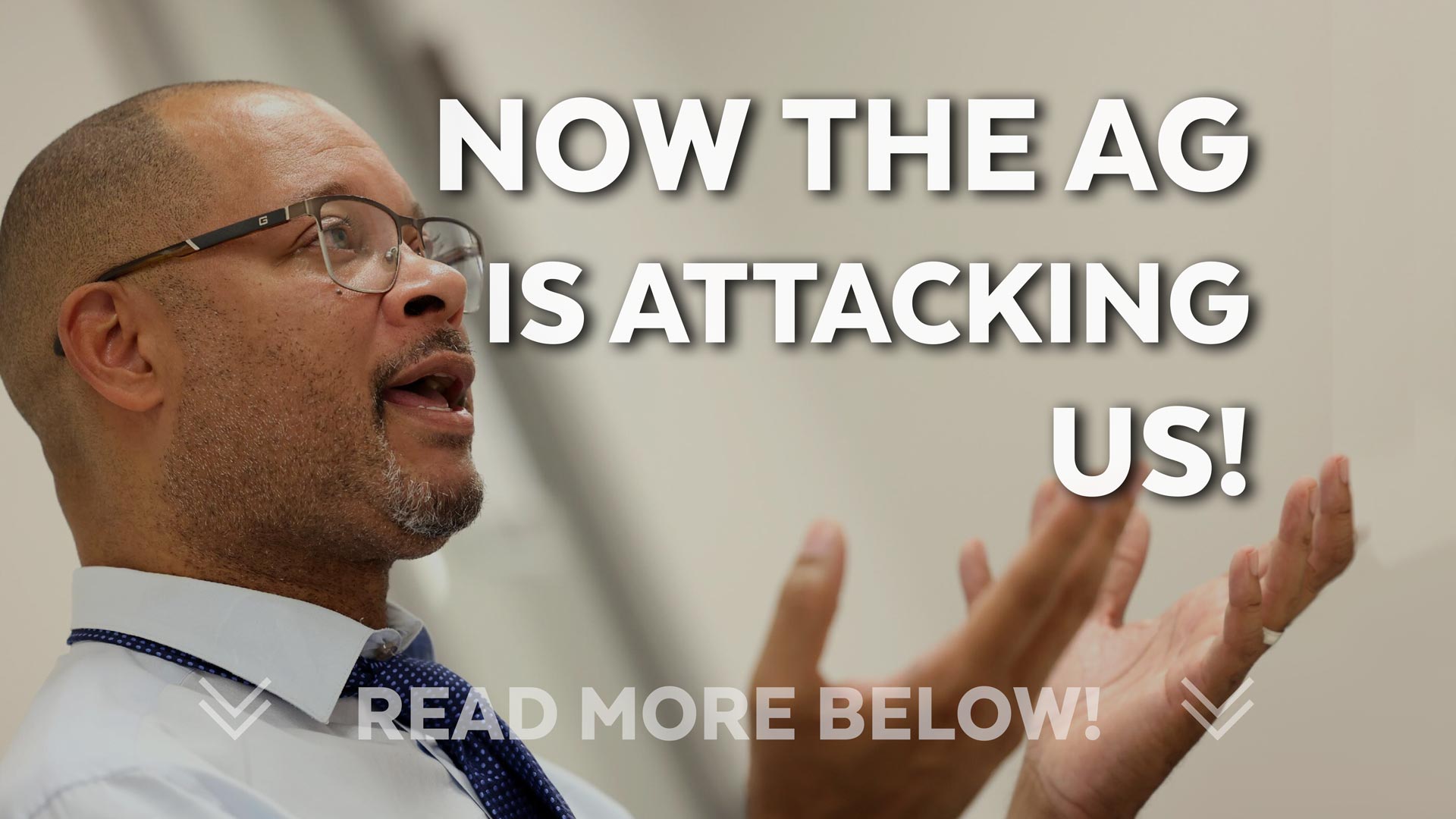 It scares “them” and “their” narratives.

Over the past couple of years, all of us so-called “conspiracy theorists” keep being proven right.

I asked questions about COVID and our elections and then was canceled by big tech.

We mobilized an army of like-minded people, who all ask questions, and rather than “them” answering them, they call us crazy again, or worse, for asking them.

Now we see the Nevada Attorney General call me out by name based on an article that was completely slanderous, libelous, and propaganda.

Do you see how this works yet?

They make up lies about us, then print them or publish them online, then these people point to them and say it’s true.

I’m going to sue the crap out of them.

So let’s look at what AG Ford says. 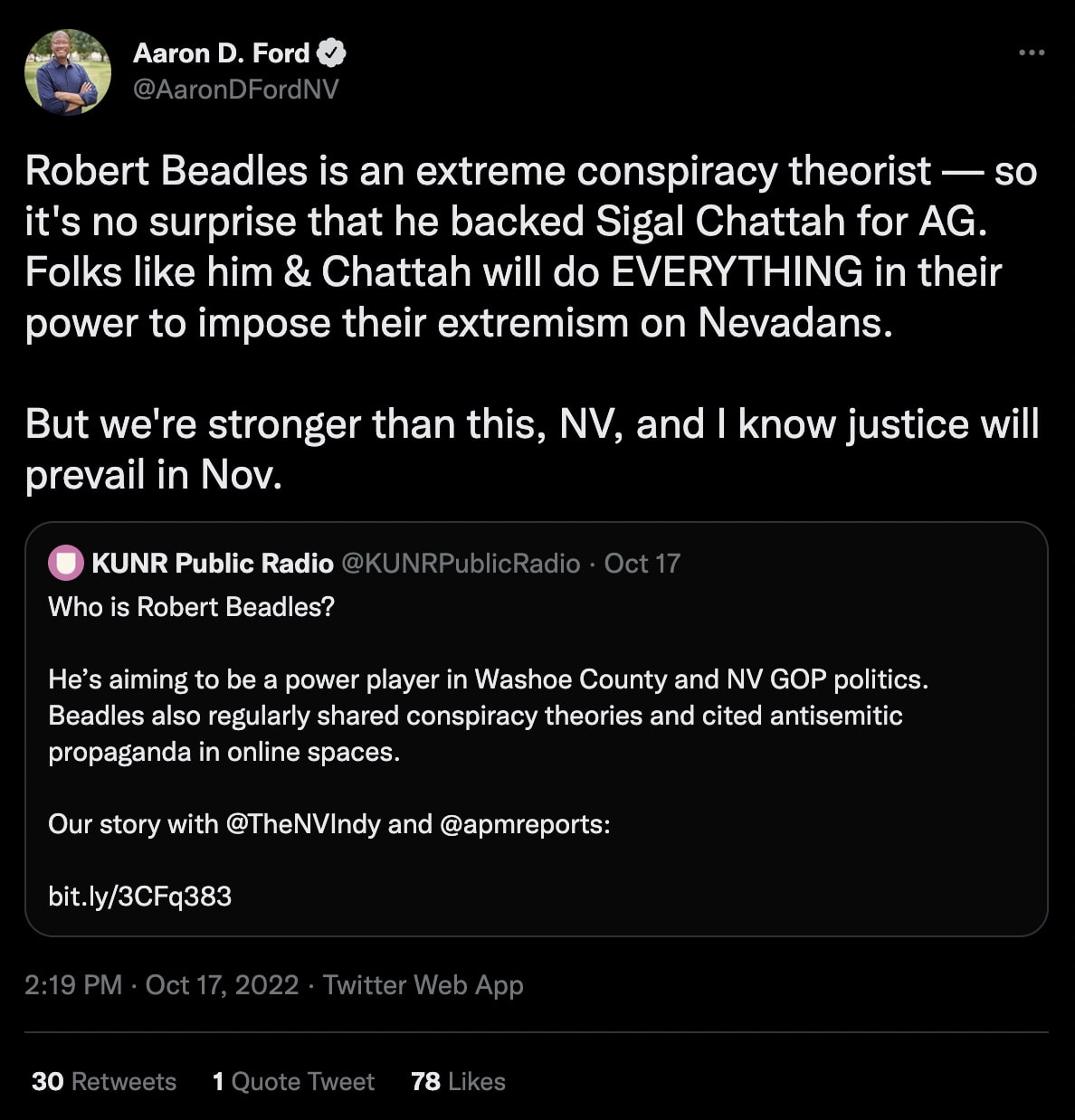 Is it so hard to admit I’m a Constitutionalist, and I simply want our leaders and public servants to follow it?

So after a few days, this is all the interaction he gets.

But look at some of the comments. 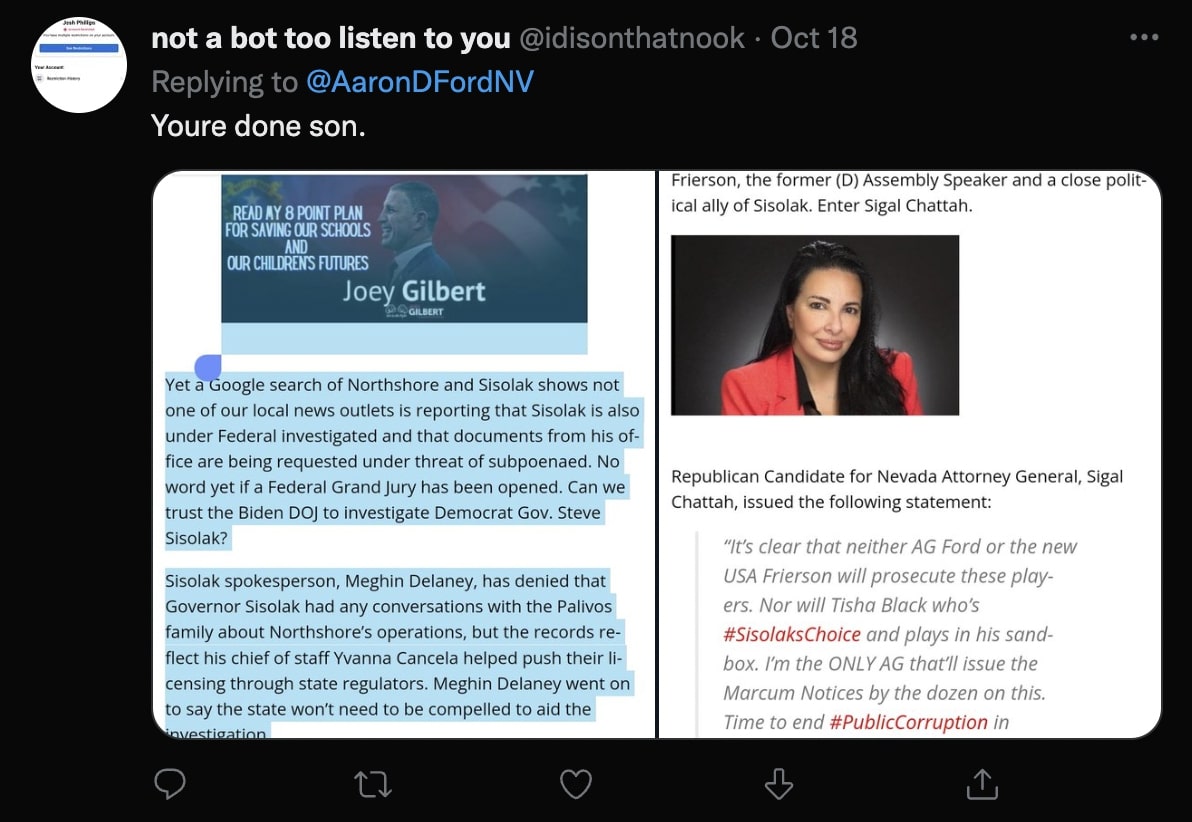 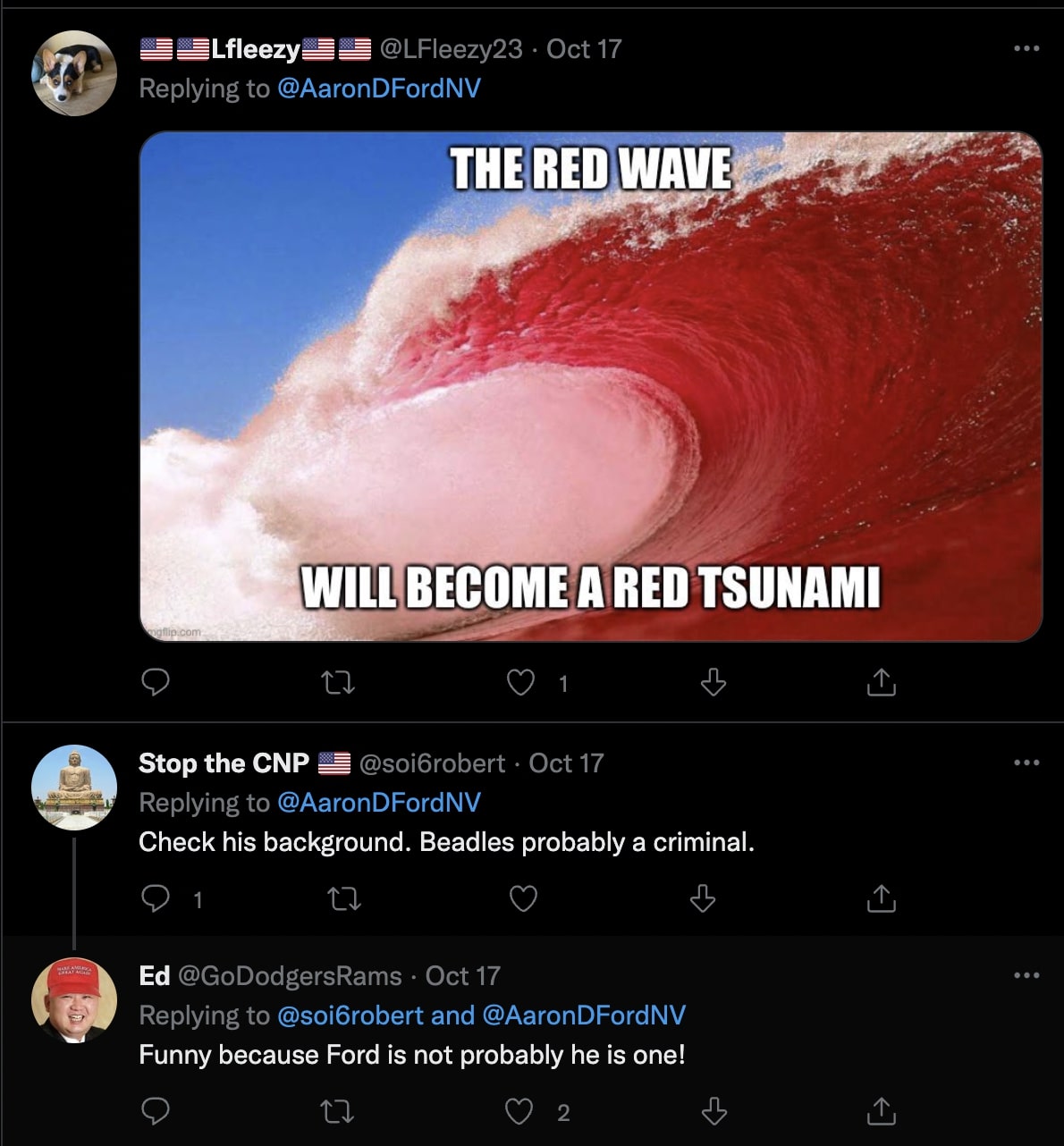 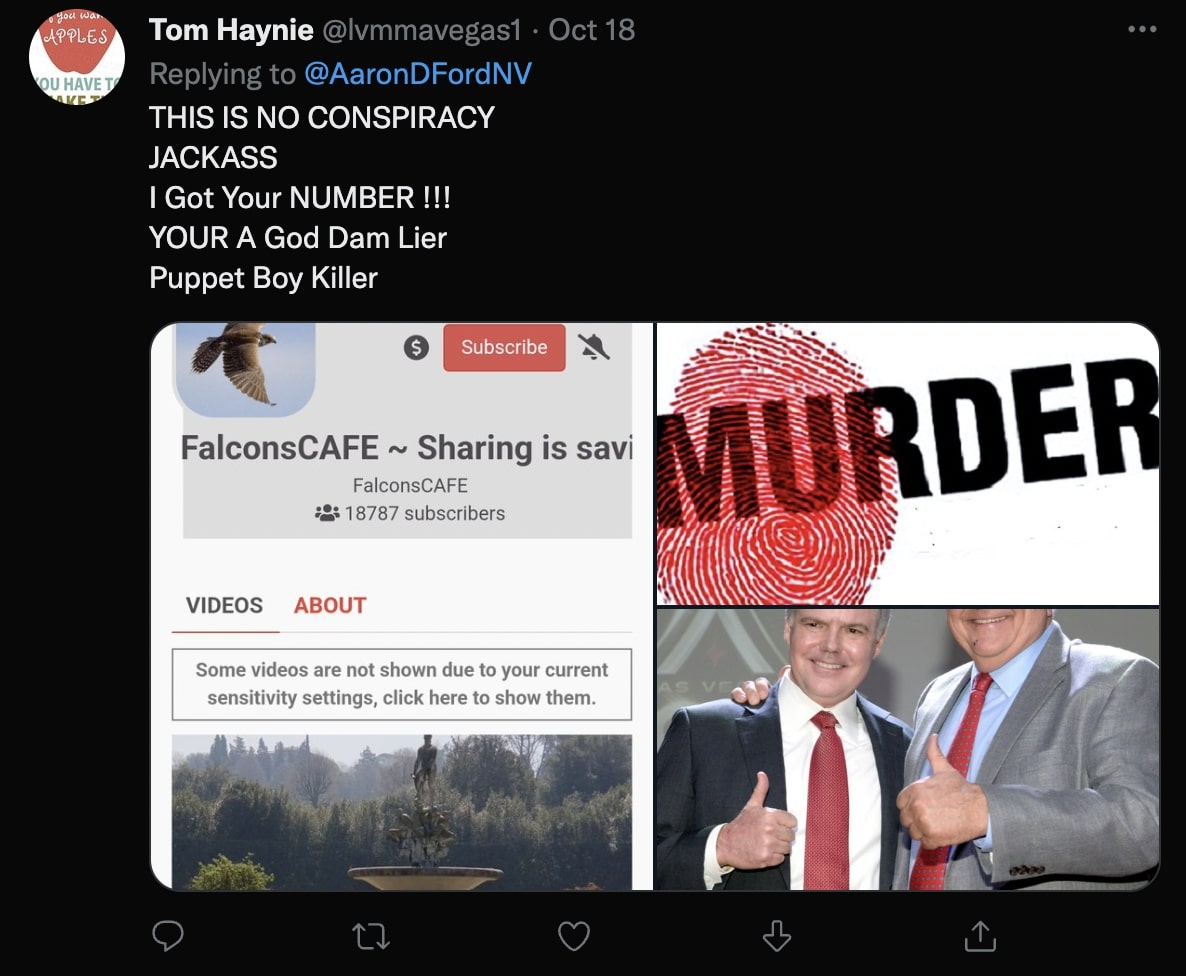 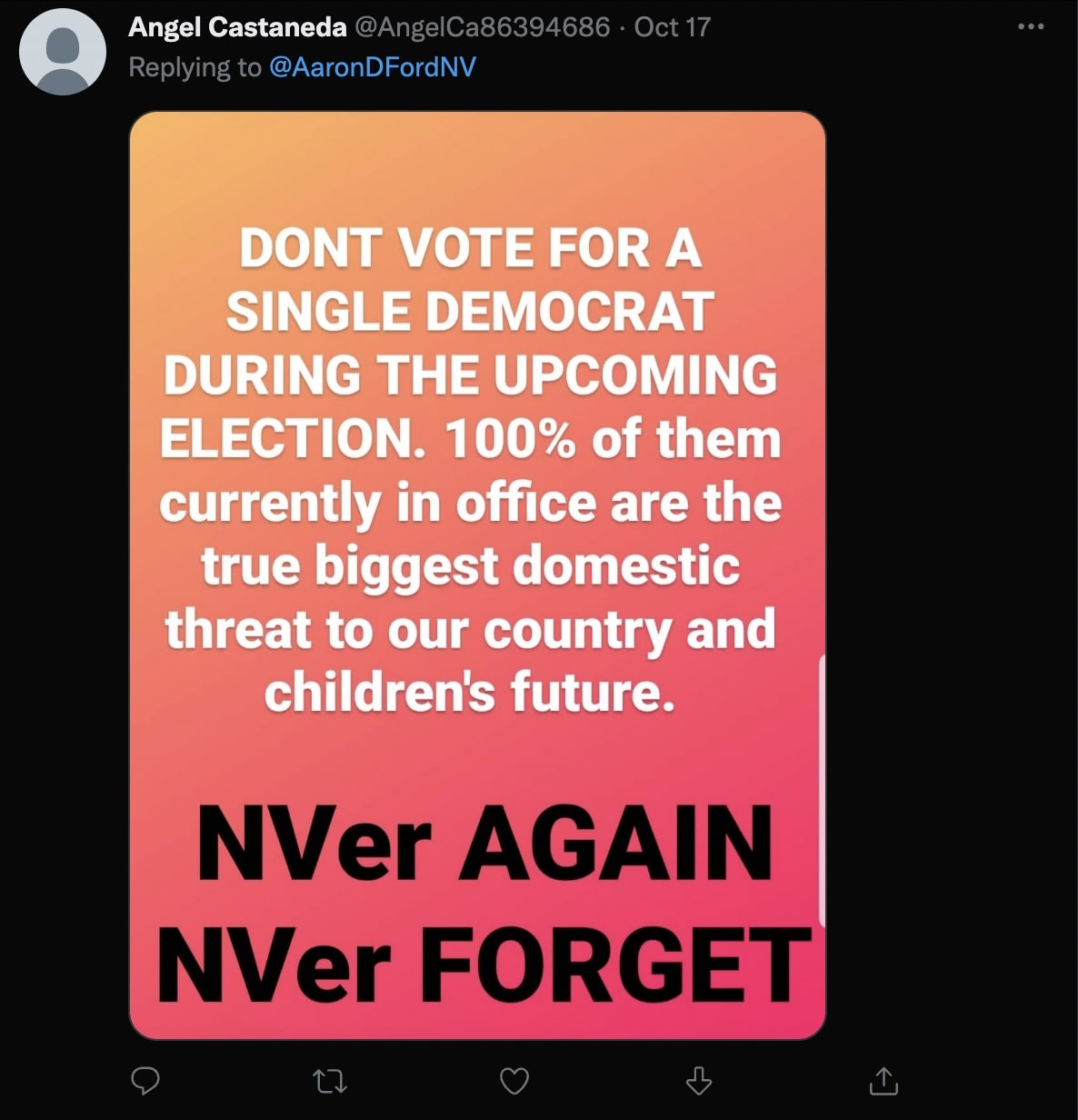 So just from seeing his post perpetuating a lie, look at the comments on his dismally followed page. Who are they on to?

It’s a completely libelous, slanderous propaganda piece to hurt our candidates by painting me as a “Jew, black, and Asian hater,” which he then retweets and puts his own narrative on.

Let’s focus on their claims for a second. I put Christ first. He’s a Jew. I greatly support the most hated Jew by the left, Sigal Chattah, and somehow I hate Jews?

I simply pointed to an old text called the Protocols of The Elders of Zion. I showed it was created decades before Hitler and Goebbels, the same two who repurposed it to attack Jews!

It was literally a history lesson on how corrupt pieces of crap people take down a city, country, or cause.

Here are my exact words:

So there it is. Is that antisemitic?

Now, as to supposedly hating blacks, my mentor and hero is none other than Thomas Sowell.

He’s hated by the left.

I was quoting him and others.

Somehow that makes me, or what I said, racist?

I simply quoted my hero.

As to supposedly hating Asians, I simply pointed out COVID came from China.

It’s confirmed by all the major intelligence, medical communities, and groups.

That’s what they are using to attack me, us.

And people run with it.

People are dumb enough to believe it.

That’s what “they” want.

What they don’t know is soon, we’ll make sure everyone knows they are the liars, the racists, and the people lying to you.

I like and dislike people of all colors, as it has nothing to do with color. It has to do with the quality of the individual, not the color of their skin.

My best friends are Black, Asian, Jew, and mutts like me, who are made up of many ethnicities.

My brothers, sisters, families, and friends of all colors laugh at these articles, but they are also deeply offended.

Politics are dirty. That’s how these creatures get their money and power.

We who speak out to the injustice get slandered and canceled.

I’m going to deploy an army of attorneys now, and if we have to go to 20 courts to get justice, so be it.