Is It All Being Exposed? 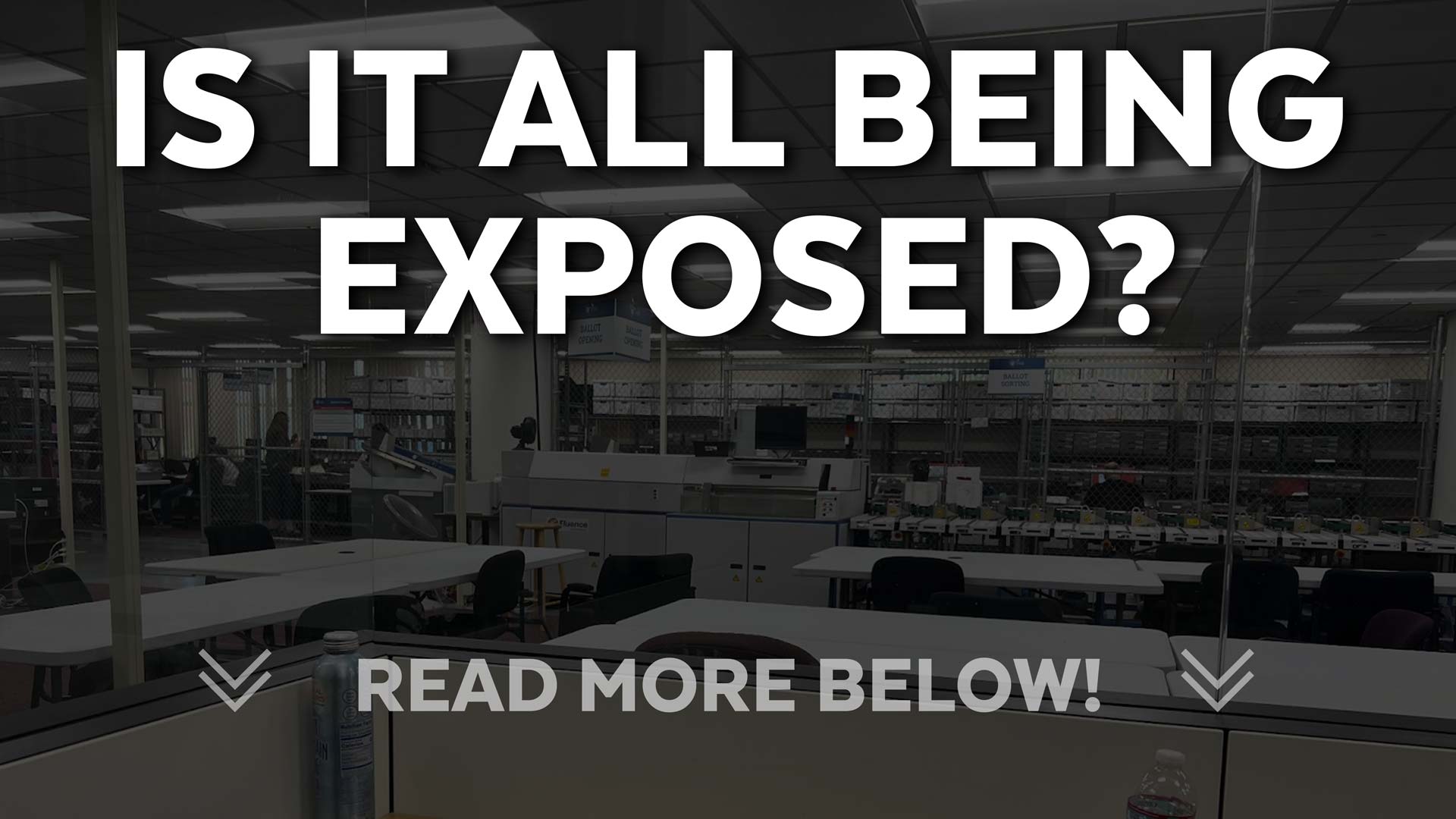 Well, I bet you haven’t heard or seen this developing on any major news channel…

Well, these are essentially the same machines that were and are used in Nevada!

Tina Peters and her team demanded a recount by hand of the ballots from her contested election. Like in Nevada, her opponent is wildly unliked, yet somehow won…

She contested, rightfully so, and they got a hand recount!

So far in this developing story from our friends there and the TGWP article say, “The L&A consisted of 4,000 ballots. 2,200, around 60%, were reportedly kicked out for adjudication. Two Dominion employees were present and it still can’t be run correctly. Teams of judges are reviewing the ballots as part of the adjudication process.”

60% need to be adjudicated?

That basically means 60% of the ballots need someone to decide where the voter intended their votes to go! Imagine if you have an unscrupulous worker; where would they put the votes? In Georgia, they did this with 94% of the votes in at least one major county. How many did they do this in Nevada with? Guess what? We’re still waiting for that data…

What’s the biggest takeaway I personally get from this?

Why did Nevada charge Gilbert $191,000 for a recount that essentially used a couple of skeleton crews and a couple of shifts to do?

Why did they completely ignore the demand for a hand recount in Nevada?

What would a hand count in Nevada reveal?

Is that why they astronomically estimated the costs, then denied Gilbert and all voters the ability to do a hand count audit?

Why did they astronomically overestimate the cost? Was that to keep other candidates from recounts?

Why deny the hand recount?

Would it show what we are learning in the Gilbert Contest lawsuit that the machines can’t be trusted? Or rather, they do what “someone” programs them to do?

What’s the legal recourse for Gilbert being denied a hand recount?

Where is the mainstream media?

Where’s the secretary of state?

Oh, that’s right, they continue to say there’s nothing wrong with our elections, and we’re all conspiracy theorists for questioning our selected, not elected overlords…

I’m glad YOU are a critical thinker, not easily programmed by propaganda; we have serious election issues! In my opinion, anyone who says differently is ignorant or trying to conceal the issues for personal gain.

This is a developing story; all the facts are far from out and are a sequence of unfolding events; stay tuned.

It’s far from over, and God only knows what kind of spin they will try to put on it to infer that we’re crazy for doubting them…

What we do know is so much is being exposed; what will the masses get to see? What will law enforcement do? Will the judges do what’s right? Or sell us out too?

Much is being exposed, and much is still yet to be seen by the masses.

Remember, as Bobby Piton tells us, we outnumber them 60,000 to one if only 10% of us stand up. Hopefully, these leaders-servants will do right by us. If they do, they will truly be global heroes by simply doing their jobs.