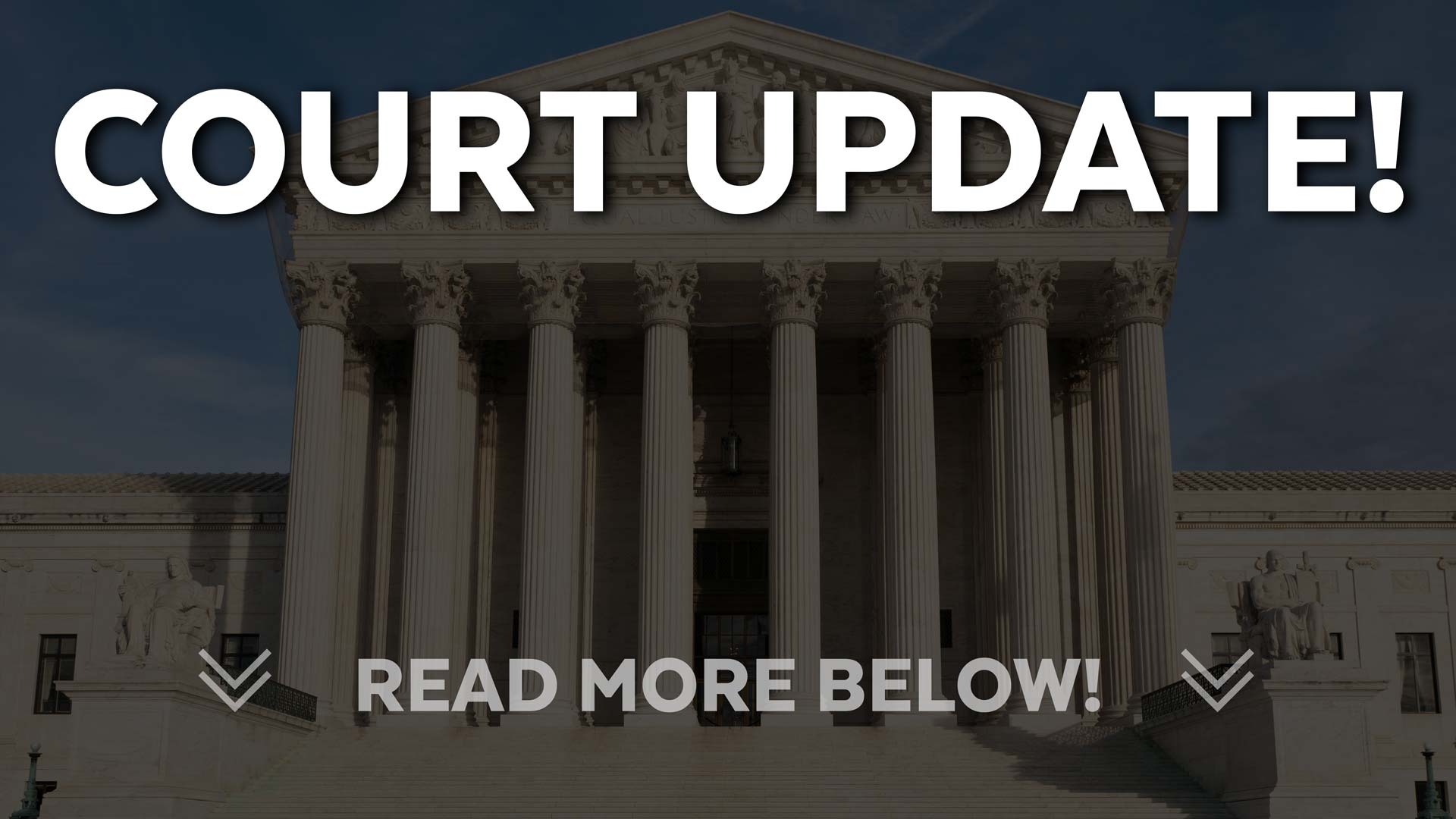 The sell-out commie media says I’m a con man… Why?

Because I and others use our time and dime to try and make sure YOUR vote counts, the way YOU want it to?

We live in a crazy upside-down world people, but I digress, let’s get to court!

The court date has been moved! Or rather, it was never set; it is now being set.

Initially, we thought it was this coming Monday, but it appears the interpretations are 5-10 days to schedule the contest court hearing versus having it within 5-10 days after the contest was filed.

That being said, the sooner, the better works for We The People. It appears it will be in the next week or two.

As Camus said, “Always go too far, because that’s where you will find the truth.”

Boy, how the mainstream and local trash media hate it when you question the so-called official results…

I don’t watch mainstream TV nor read mainstream toiletry or even crap local media toiletry, and I refuse to be programmed and lied to. BUT after being sent hundreds of texts and emails, I’ll sometimes check what they want me to read. I try my best to keep my meal down and read what they send.

It’s both comical and sad. We see the media pretend to be experts and try to appear to dissect the 27-page court document, but not the 170 or so additional pages.

About the Contest, the media loves to say, “they based their case on thinking votes are correlated” these same know nothing sellouts leave out the ending sentence,

“Although this observation is not proof of wrongdoing, this irregularity was probable cause to investigate the election results further.”

These people are purposely trying to manipulate your conclusions and lie to you.

The sentence, “Although this observation is not proof of wrongdoing, this irregularity was probable cause to investigate the election results further” —it’s called probable cause. It’s why four of the world’s smartest, most accredited mathematicians, etc., dug in to see what really happened.

Let me explain a tad what we mean by probable cause.

This is a REPUBLICAN primary. Republicans would vote for the same person they want to win regardless of which manner they use to cast their vote. Essentially, they’ve made up their minds about who they are going to vote for. Then however they vote—in whatever manner—the candidates they want to win would be voted for. In other words, why would 75% of people vote for candidate A in person but by mail vote only 5% for candidate A?

This is not a general election where they could say that’s because Democrats vote by mail!

Look, Republicans pick their candidate, then vote for them. It’s that simple. 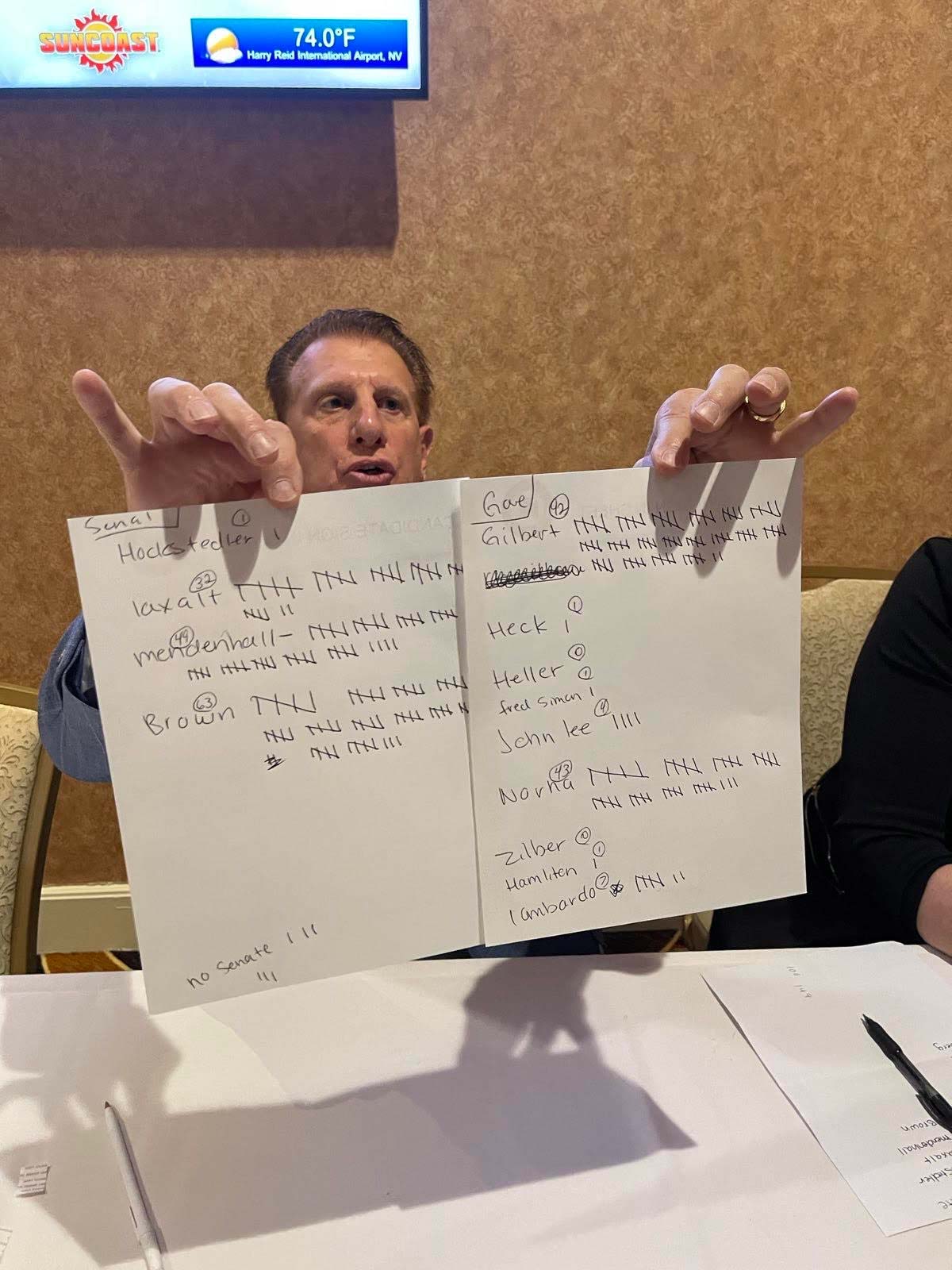 But if all of a sudden, by mail Lombardo then gets 65 of the votes and Gilbert gets 34, wouldn’t you stop and say WTF?

That’s what we call probable cause to look into, not say it’s rigged because of!

So once these four experts dug in, guess what they found? That’s right, an algorithm in play.

Sure it’s complicated math for a 6th grader, but not so much for someone with a Ph.D. in mathematics. Do any of these so-called journalists have a degree in mathematics, let alone a 6th-grade understanding of geometry?

Obviously not, or they are simply lying through their twisted teeth with the sole purpose of trying to cover up the truth and manipulate you.

These people really confuse me. Free and fair elections benefit us all; what harm is it prove to us they are fair? Or if we prove they’re not, change the system, so they are?

You would think all would want free and fair elections but what we find is there are many that, if we had them, would lose their power and funding. It’s bad for them but good for us. These journalists who lie to you appear to sell their souls for peanuts. The “donations” they receive are trivial, but they seem happy to do it. If they truly wanted lawlessness, corruption, and big brother telling them what to do every moment of their lives, why live in the US?

It’s really simple, if we have corrupt elections, we lose it all. History shows us this. This is not a new concept.

The media, etc. that love to point to Edward Solomon as being convicted once (over a girl he took the fall for) fails to point to Hunter Biden, Joe Biden, Nancy Pelosi, Mitch McConnel, and so many others who actually should be investigated and prosecuted if found guilty.

They also fail to point to the three other highly regarded and accredited experts who did their own digging and came to the same conclusion; our election was rigged!

Why keep pointing to Solomon?

He simply found the issue, then the accredited professors, etc. all did their own digging and said, holy sh*t, our elections are rigged—then wrote their own papers BASED on the COUNTY’s OWN DATA and HOW IT SHOWS OUR ELECTION WAS RIGGED!

Why do they fail to speak about these accredited experts who would never throw away their life work to lie about something as controversial as election fraud?

It’s quite simple; this is real. We have the proof, and the media and RINOs can try to spin it any way they can, hoping you’re dumb enough or too busy to call them on it or simply just believe them.

Rest assured, if we get our day in court, it’s all coming out.

What will these sellouts say then?

To the Republicans that are crying, this is splitting the party—it’s quite simple—the party is already split; it’s split between Patriots and RINOs.

Why in the world would we continue to play this rigged game when we know our time, treasure, etc., we put into these candidates will be for nothing?

That’s why it’s very simple. All people—Republicans, Democrats, and Independents—should want free and fair elections. Whoever gets the most legal votes should win!

So what do we do?

We saw them in Washoe, and we have them on video. They admitted to counting all our votes in secret. How can we trust this? We can’t. They must be called out.

We see in Clark they use an algorithm to steal our elections, and this must be stopped. We have to call these people out.

We’ll end up as Venezuela or China very soon if we don’t.

While calling these people out, we support our local candidates.

Do this in all 17 counties!

If we expose the fraud, get justice, etc., for what happened in the primary and push these patriots like crazy now forward through the general, we have a real shot at a real red wave, not a RINO ripple that leaves us worse off than we are now.

That’s what I’ll be doing, helping patriots across the country and trying to save our elections.

If we save our elections, we can save our country.

People who say there’s no fraud are either very uneducated or simply sellouts; there is no in-between.

Is it wrong or a crime for me to want your vote and voice to be heard and legally counted, regardless of your party?

I want you all to have a real say in your and your family’s future.

We hope you do too.

We hope you wake up to these sellout media types and RINOs that just want you to be a good slave and move along.

Isn’t it important to ensure our votes are counted legitimately and the people who rightfully win do?

We can do both at the same time, do not believe their lies, and with the contest, let’s let God do his part and the judge decide. Stay tuned.

We should have information soon on when the court sets a date for the Gilbert Contest. As soon as we have it, so will you.

Think for yourself, question everything, especially the media and me! Then make your OWN decisions.

If you haven’t seen this, please watch and share it everywhere:

He’s not a sore loser, and I’m not delusional. But, once you’ve seen the proof, once you know what happened, to me, it’s a sin not to follow through and do my-your best to right the wrong.

It’s easy to walk away, but as my great uncle Ben Franklin said, “Pardoning the Bad, is injuring the Good.”

I’m here till the end; we hope you are too.