Recount Done In The Big Two, what did they find? 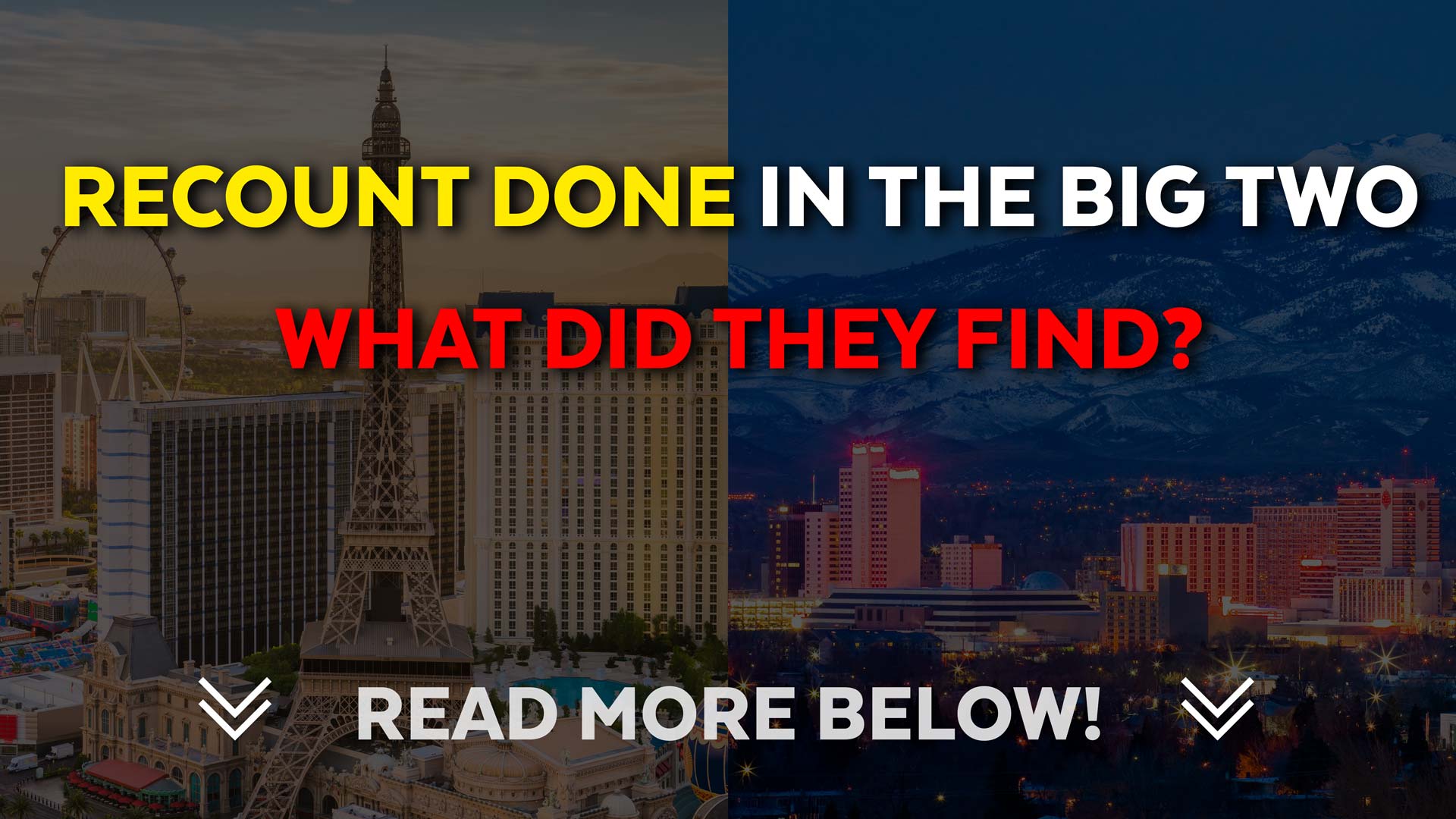 Look, we knew it would be a joke, but we had to do the recount so we could get to the contest stage in front of a judge and expose the insanity that took place in our primaries.

But guess what, I was actually wrong! I thought the results would come in FAR worse for Gilbert using this rigged recount system but guess what…..

Gilbert picked up ONE vote in Clark County and only lost 2 in Washoe County, lol!

Washoe finished their recount today too! Wow, $84,000 seems like a lot of money for a skeleton crew for 2 shifts or so? Who knew there was so much money in running elections or a simple rigged recount?

We wonder if we’ll get a refund?

For those that are happy the county may have turned a profit, think again.

The sad thing is if you see how these clowns burn through our tax dollars on special interest projects and bloated salaries and positions, this money won’t even put a tiny scratch in their incompetent spending.

The big question you should be asking, though, is a simple one. Why do they need 6 weeks for an election if they can count all the ballots in two shifts?

These incompetent or corrupt clowns and the games they play with our liberties are on full display. Where’s the press?

Where is the hand-count recount?

No way they would risk their rig being exposed to the masses.

We saw what happened in Georgia when they hand-counted vs. machine-counted the ballots after the election. The third-place winner went to the first place position!

These machines, mail-in ballots, and corrupt or incompetent election workers all have to go.

We hope you’re paying attention to what’s being exposed and pray you pay even closer attention and get involved now.

The next week or so will be beyond telling.

God willing, we get in front of a God-fearing Constitutional judge next week or the week after; if we do, it’s all coming out.

We pray this judge simply does what’s right, what they swore an oath to. If not, we ALL will see the proof regardless, and their name will be worse than mud for selling us all out.

Once the people wake and say enough, call these people out by name, the sick little game they play with our lives ends.

Hopefully, the judge we stand before speeds up this process and simply does the right thing.

If we constitutionally fix our election system, we fix it all.

How are gas, groceries, rent, utilities, and homeownership looking these days?
That’s what rigged elections do.

Here’s our chance, God willing, to save our vote and expose the corruption.

Pay close attention to what happens soon and do not be silent. Get involved.

God bless you and America