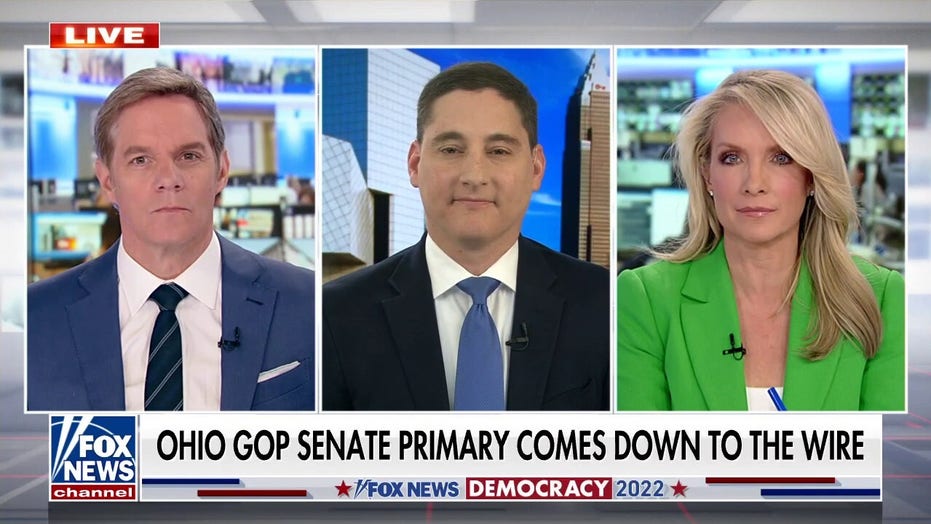 Ohio Republican Senate candidate Josh Mandel argues on ‘America’s Newsroom’ that he will win the primary and beat Sen. Tim Ryan in the 2022 midterms despite not receiving an endorsement from former President Trump.

Ohio Senate candidate Josh Mandel is confident he will win Tuesday’s Republican primary and take Democrat Sen. Tim Ryan’s seat in November despite an uphill battle against Trump-backed opponent J.D. Vance, who is leading the polls.

Mandel said on “America’s Newsroom” Monday that his campaign strategy is something no other Ohio Senate candidate has ever done, and it will take him to victory.

DOLAN SURGES LATE IN OHIO GOP SENATE PRIMARY, SAYS VOTERS ‘LEAVING SOME OTHER CANDIDATES’ TO BACK HIS CAMPAIGN

“We’ve got this army of Christian warriors throughout the state who are going to come out in droves and propel us to victory,” he said.

Mandel said Sen. Ted Cruz, who offered his endorsement, and Gen. Michael Flynn accompanied him to campaign events at churches around the state. 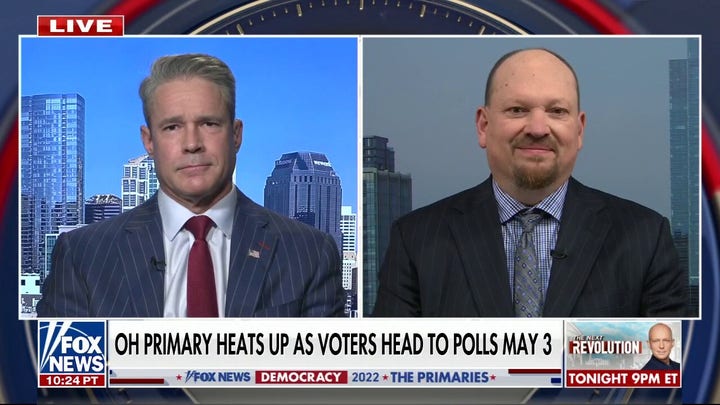 Mandel dismissed concerns about his polling numbers being lower than J.D. Vance, citing his numerous fights against former moderate Republican Gov. John Kasich and his ongoing dedication to his state.

“The people like me who’ve lived in Ohio our entire life – except for when I was gone in the Marine Corps in Iraq – they’re going to vote for me because they know I’m born and bred here,” he said.

Mandel did not, however, secure an endorsement from former President Trump, who won Ohio in both the 2016 and 2020 presidential elections.

Mandel said he doesn’t believe the lack of a Trump endorsement will hurt his campaign, again expressing his confidence in coming out of the primary with the win.

Mandel said he plans to work with Trump in the general election to beat Sen. Ryan and advance the America First agenda.

He said many Ohio Democrats are not liberals, and he believes they will also support his campaign.

“A lot of those Democrats have been left behind by the Democrat Party, and they’re going to be important in my base once I win this primary seat to beat Tim Ryan and the Democrats in November,” Mandel said.