They have no following; they have no support; it’s almost ALL paid for!

To prove this yet again, look what they are spending OUR tax dollars on! 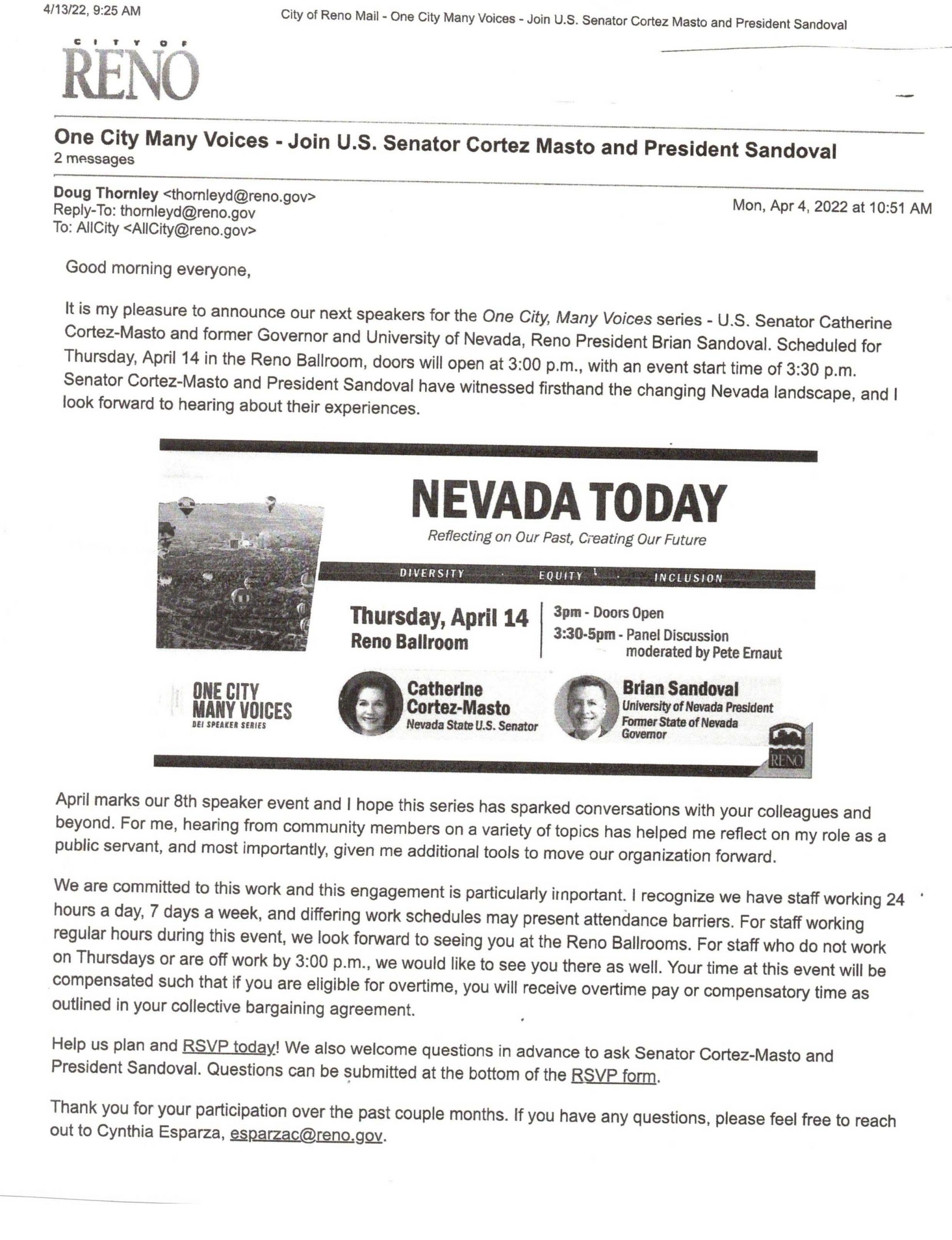 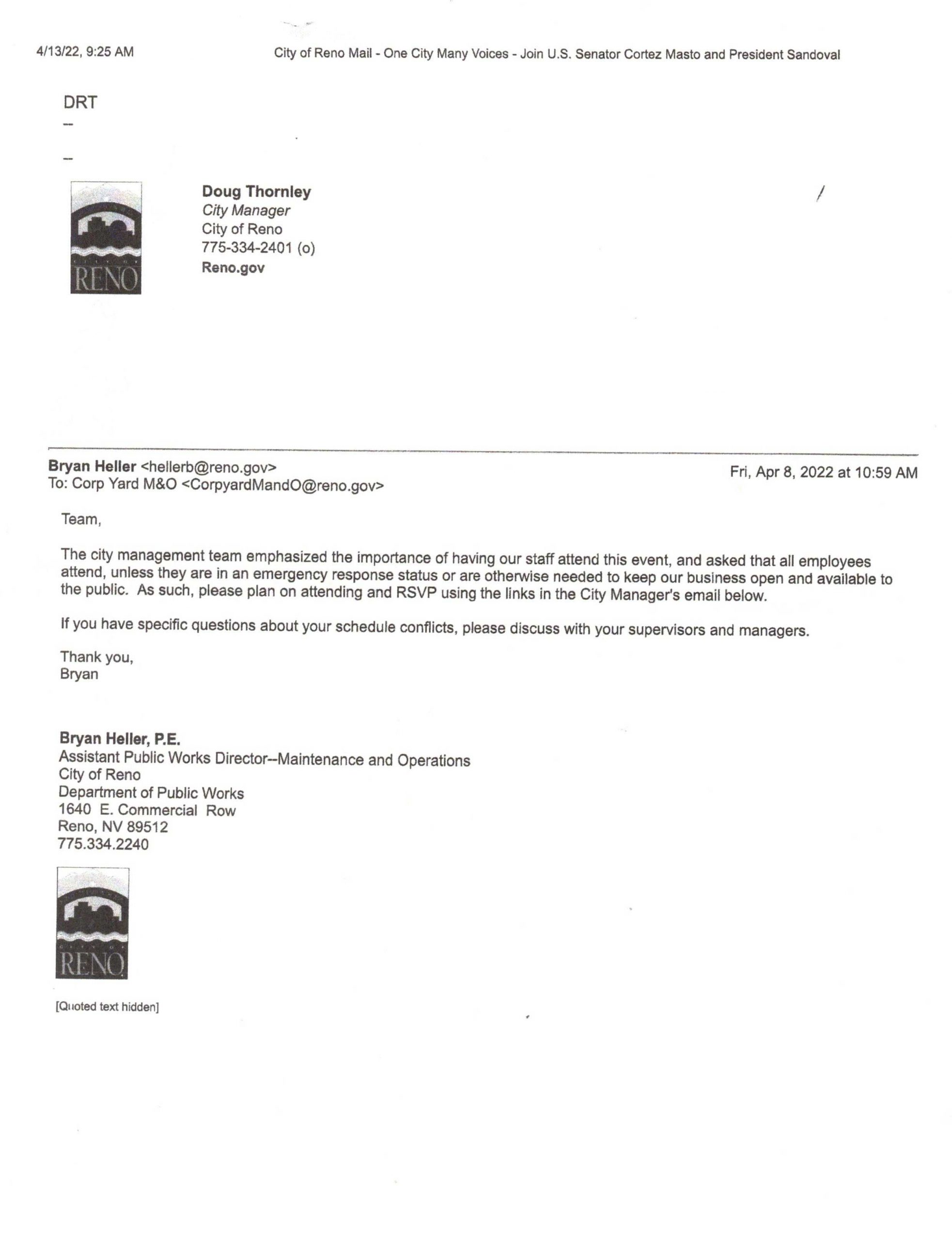 The 1,800 or so City Of Reno employees received an email from the City Manager stating to attend the Masto-Sandoval event. We’re told if they don’t want to go or show up, they will be reprimanded!

It doesn’t matter if they are on overtime; the City WILL use OUR tax dollars to pay them to show up!

They need a crowd, and they have to pay them to show up or reprimand them if they don’t?

Do you see yet how the elections are rigged? Again, they have next to NO support—it’s bought and paid for—this time, again, it is on OUR dime!

Call the City Manager out! We didn’t vote for him, and he was appointed by someone who likely didn’t win her election either!

This is yet one more example of no radical support. They have to force people and pay people with OUR money to attend!

Are you pissed yet?